India has lost the first two matches of the three-match ODI series against Australia and with it conceded the series. 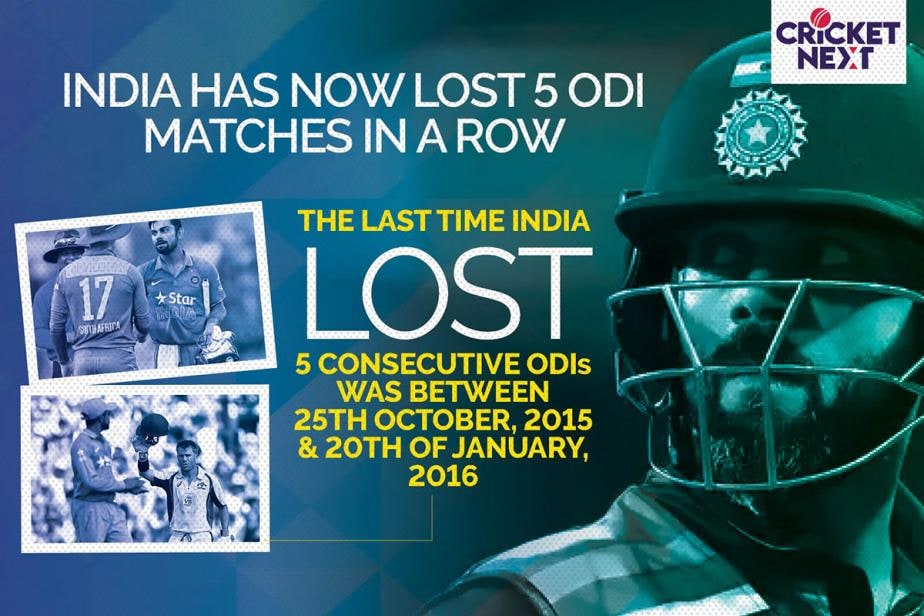 India has lost the first two matches of the three-match ODI series against Australia and with it conceded the series. Such has been India’s dominance in the format (along with England) that for the first time since October 2015 (vs South Africa) – January 2016 (vs Australia) that India has lost two series in a row. It had lost to New Zealand in February 2020 – India’s last ODI series before the Australia tour.

We look at 10 numbers that define India’s series’ loss against Australia.

2: Number of Series India has Lost in a row for the first time in 4-5 years

New Zealand beat India 3-0 in February 2020. Post consecutive series losses to South Africa and Australia in October 2015-January 2016, India won 9 bilateral series in a row before going down 1-2 to England in July 2018. They then won three series in a row before Australia beat them 3-2 in India in March 2019. They again won three successive series before losing to New Zealand and Australia.

5: Number of Consecutive Matches India has Lost in ODI Cricket

India were beaten 3-0 in New Zealand and have lost the first two matches of the ongoing series against Australia. The last such stretch of 5 successive losses was witnessed way back between the 25th of October, 2015 (vs South Africa in Mumbai) and the 20th of January, 2016 (vs Australia in Canberra). 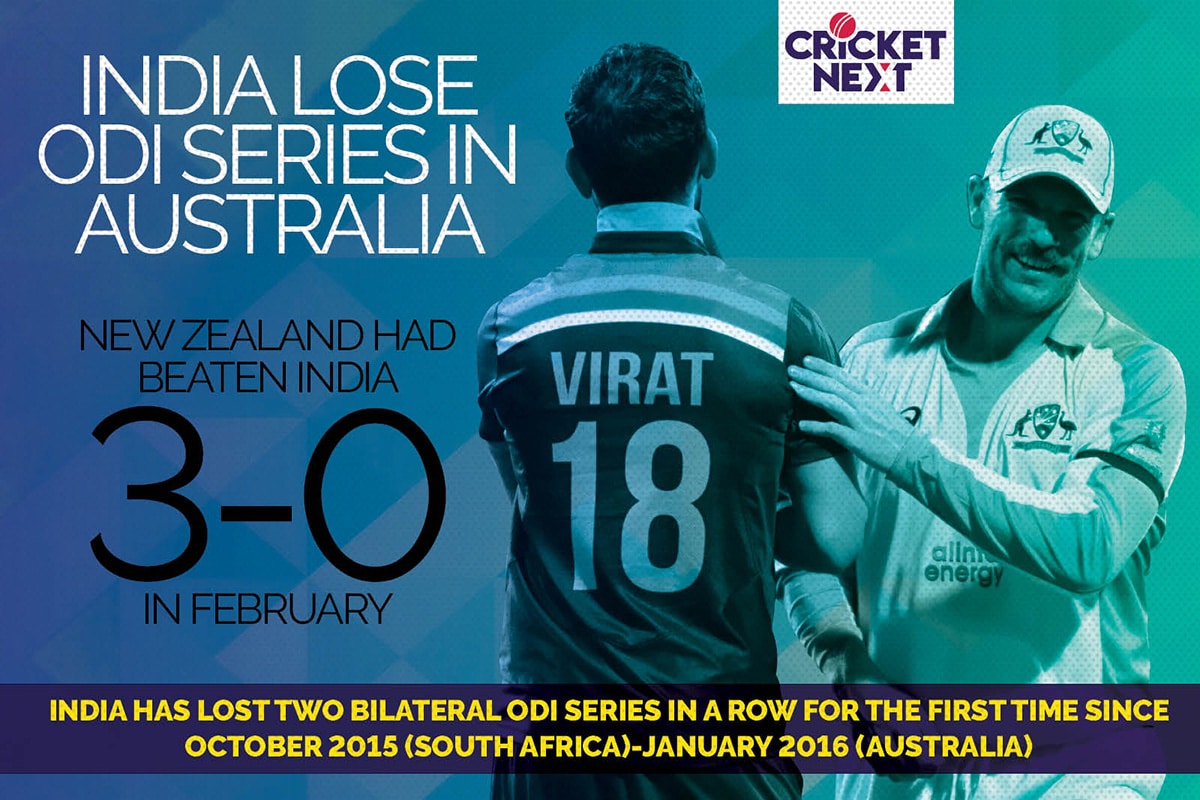 The lack of wicket-taking prowess of the Indian bowling unit has been the major reason for India’s loss in the ODI series in Australia. Not surprisingly, India’s collective bowling average of 83.77 in the ongoing series is their third-worst in any bilateral series in ODI history. 66.6: Amongst the 10 Worst Bowling Strike Rates for India in a Bilateral Series

The Indian bowlers have failed to take wickets with the new ball and in the middle overs and again not surprisingly their Bowling Strike Rate in the ongoing series is the 9th worst against any opposition in a bilateral series.

7.54: The Worst Economy Rate for India in a Bilateral ODI Series

India conceded more than 370 in both the ODI matches at the SCG. It is their worst performance (in terms of economy rate) in any bilateral series in their ODI history! The previous worst Economy Rate in a series was at Home against England in 2017 when their bowlers conceded at a rate of 6.72 runs per over.

Jasprit Bumrah went for 73 and 79 in his 10 overs in the two ODIs in Sydney. These are amongst the 5 most expensive bowling figures of his

5: The Number of Wickets Taken by the Indian Bowlers in the Powerplay Since World Cup 2019

The Indian bowlers have only managed to pick 5 wickets in the Powerplay in 13 matches since World Cup 2019 in England. The failure of their faster bowlers to make inroads with the new ball is one of the major reasons for India’s dwindling numbers in ODIs in this time-frame.

8.42: Yuzvendra Chahal’s Economy Rate in the ODI Series against Australia

Chahal has bowled 19 overs and conceded 160 runs in the two matches in Sydney. He has managed to pick just one wicket. His ineffectiveness in the middle overs – where neither has he given the breakthroughs nor been able to restrict the Australian batsmen – is another major reason for India’s debacle with the ball in the ODIs. Chahal went for 89 runs in his 10 overs in the first ODI – this was his most expensive bowling figures in a match (where he has bowled at least 8 overs).

5/8: Number of Times India has Lost 3 or More Wickets in Powerplay in Unsuccessful Chases Since 2019

India has lost 8 matches batting second since the 1st of January, 2019. In 5 of these 8 matches India has lost 3 or more wickets in the powerplay derailing the chase at the start. India had scored 80 but lost three top order batsmen in the first ODI against Australia in Sydney. Even in the second ODI, they lost a couple in the powerplay which set them back even though they had maintained a good run rate.

24: Number of International Innings Without a Hundred for Kohli

Kohli has not registered an international hundred in his last 24 innings. He has aggregated 839 runs at an average of 39.95 in these matches.