India is set to tour Australia again for three T20Is, as many ODIs and four Tests next month. Starc, who had skipped the IPL to be with his family, said only "time will tell" if his extra first-class preparation would hand him an advantage in the upcoming series. 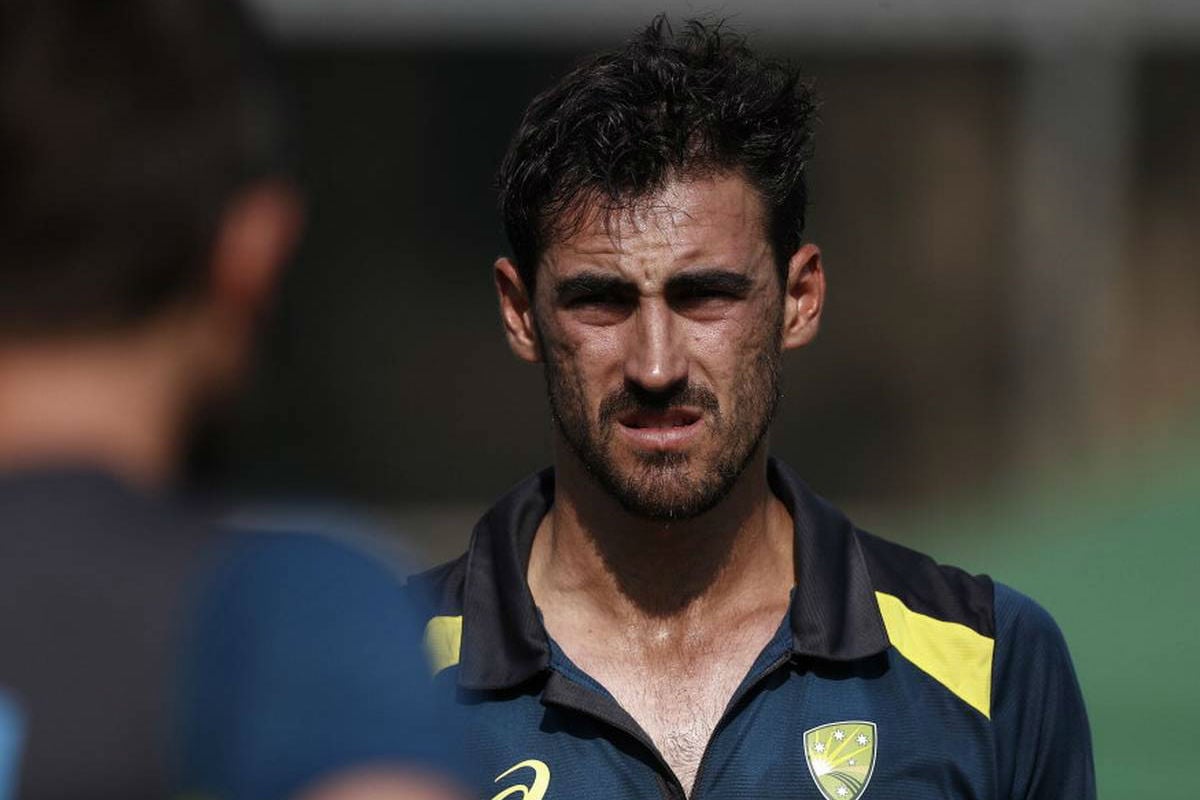 Pace spearhead Mitchell Starc says he let the noise get to him when India toured Australia two years ago but "couldn't care less" now as he gears up for the upcoming home Test series against Virat Kohli's team.

Starc had received flak for his performance against India after taking 13 wickets during the four-Test series in 2018-19.

"I think I let the noise get to me, to be perfectly honest, which is a big reason why I don't pay attention to anything now," Starc was quoted as saying by cricket.com.au.

"By the end of that summer I was just running in and trying to bowl as fast as I could, just to focus on one thing. It worked out for the last Test of that summer."

India is set to tour Australia again for three T20Is, as many ODIs and four Tests next month.

"The noise just got to me and (so did) people who really didn't have any part of the team, (who voiced) opinions which they're entitled to, (but) now I just couldn't care less what people say," said Starc.

"I just don't need to listen to that stuff anymore. I don't read it and I'm a happier person for it. As long as I have people around me who I trust talking to, and (in) the changeroom as well that positive reinforcement is there no matter what."

Starc said he made some technical changes during last year's Sheffield Shield games ahead of the home series against Pakistan, after struggling to strike a balance between accuracy and pace during the Ashes.

"It's something I changed in between Shield games last year. A big part of it was around the philosophy we had in England (during the Ashes) about controlling the scoreboard and having a really tight pitch map," said the 30-year-old, who played just one Test in the Ashes.

"For me, being stuck in controlling that and still trying to bowl really fast, that's something I didn't quite have a huge control of coming out of England.

"It was either trying to bowl really tight or bowl really fast. Those little changes help me do both easier and with smaller margins of error. That was the basis of the change still being able to bowl pretty fast and have better control of where I put the ball."

After Aus Tour Exclusion, Video of Rohit Sharma Batting in 'Full Flow' Has Fans Up in Arms

While Starc, along with spinner Nathan Lyon, is set to turn up for the Blues against Queensland on Friday, his pace colleagues in the Test team -- Josh Hazlewood and Pat Cummins -- and the Indian pacers selected for the tour are currently busy in the IPL in UAE.

Starc, who had skipped the IPL to be with his family, said only "time will tell" if his extra first-class preparation would hand him an advantage in the upcoming series.

"To have a couple of Shield games now, to just focus on that and continue to reinforce some of the little changes I've made over the last couple of months, it's a good chance to make that happen against some good domestic players.

"The wickets have been quite flat here so it's just a chance to hone those skills on wickets that aren't offering too much.

"You can look at it either way the guys over in the IPL are over there playing an extremely high level of cricket, but I get to hone my skills with the red ball."