Last couple of months saw T Natarajan having a great IPL and it was followed by his selection in the India squad for Australia tour where he made his ODI debut. 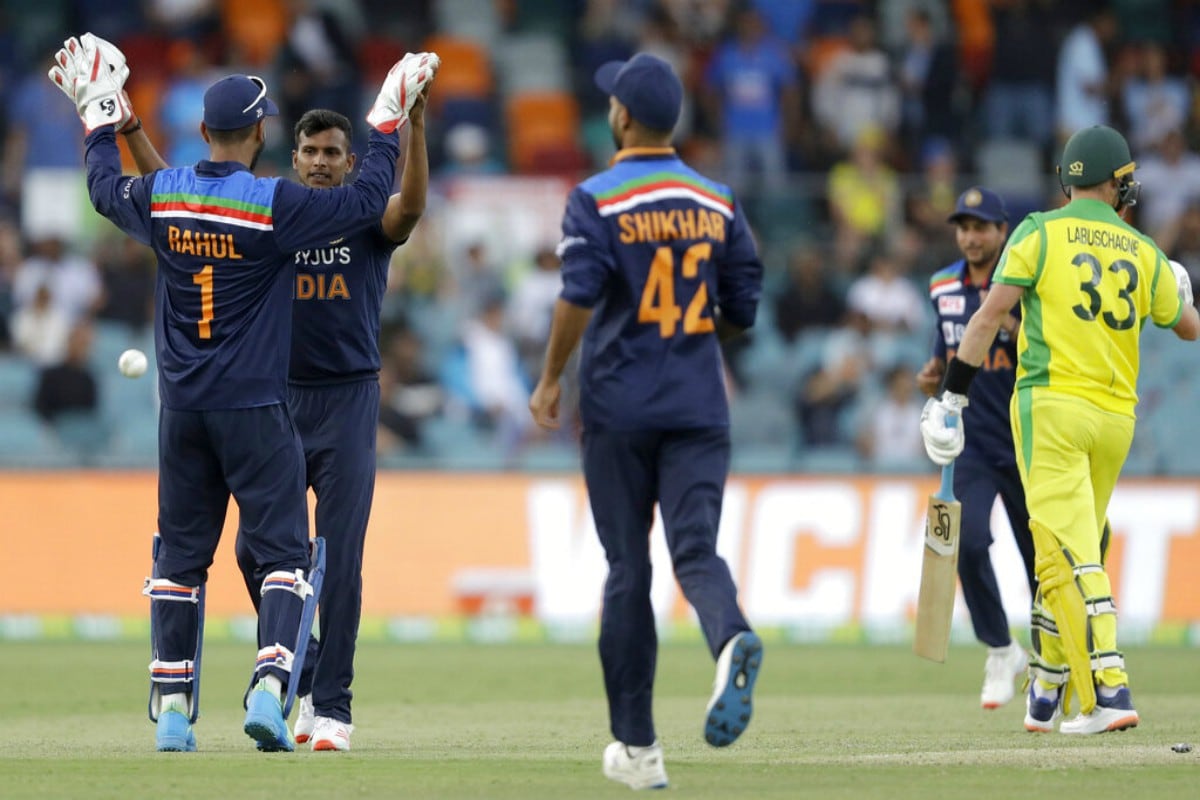 For a guy liked T Natarajan, these last couple of weeks has been nothing short of a dream. The guy who hails from a sleepy village in Selam in Tamil Nadu was playing for Sunrisers Hyderabad in the recently concluded IPL in UAE where he executed some perfect yorkers and was called the 'Yorker King' and now the Yorker King made his India debut against Australia in the third and final ODI in Canberra.

But this is how he reacted after yesterday's experience: "It was a surreal experience to represent the country. Thanks to everyone for your wishes. Looking forward for more challenges",'tweeted Natarajan. India set Australia a target of 303 with Pandya smashing 92* off 76 and Jadeja making 66* off 50. Australia were bowled out for 289, with Aaron Finch (75) and Glenn Maxwell (59) making half-centuries. Shardul Thakur bagged three wickets while Jasprit Bumrah and T Natarajan got two each.

Australia's chase started with an early wicket, something that hasn't happened in recent times for India. Marnus Labuschagne was bowled by debutant T Natarajan for just 7. Aaron Finch too should have fallen cheaply but for a dropped catch by Shikhar Dhawan off Jasprit Bumrah.Finch received another slice of luck the very next over when Hardik Pandya couldn't hit direct with the batsman miles out of his crease. He received more and more luck as plenty of mishits went to areas where there were no fielders. Bumrah too couldn't hold on to a tough return chance by the Australian captain.

India had their share of luck too, when Steve Smith was caught behind down leg side off Shardul Thakur for only 7 after scoring two centuries in the first two matches. India eventually broke the partnership between Glenn Maxwell and Alex Carey and that turned out to be the turning point of the game as India won the match by 13 runs.