India beat Australia 2-1 in the three-match T20I series - a great result for the visiting team after the 2-1 defeat in the ODIs and just ahead of the highly anticipated Test series.

India beat Australia 2-1 in the three-match T20I series - a great result for the visiting team after the 2-1 defeat in the ODIs and just ahead of the highly anticipated Test series. There were many standout performances from both teams during the series. We look at some of the numbers which defined the series.

2-1: The Series Scoreline in India’s Favour

India won their second T20I series in Australia after the 3-0 sweep Down Under in 2016. On the other hand, it was Australia’s first series’ loss at home since the defeat against Sri Lanka in 2017.

T Natarajan was India’s actual Player of the Series. He was the highest wicket-taker of the series with 6 wickets at 13.83 apiece. He was also the most economical bowler for India with an economy rate of 6.91. 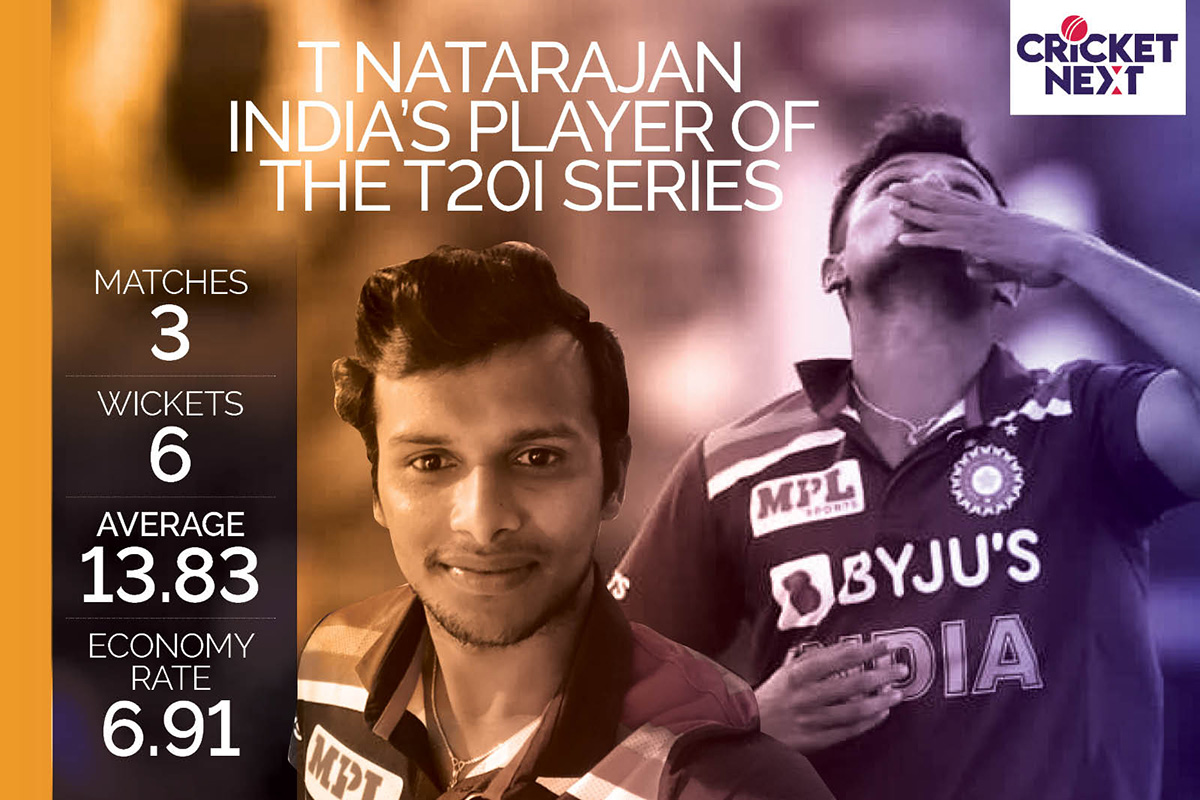 Natarjan returned with 3-30 in 4 overs on T20I debut in Canberra which included the wickets of Maxwell and Short. He showcased his entire repertoire in the second T20I at the SCG and was exceptionally restrictive conceding at just 5 runs per over (20 runs in his 4 overs) in a high-scoring encounter where the other Indian bowlers had been hammered at an economy rate of 10.81. He again picked two crucial wickets. Natarajan was again the most economical Indian bowler in the defeat in the final T20I in Sydney.

145: Matthew Wade‘s Aggregate in the Series

17: The Number of Fours Hit by Matthew Wade in the Series

It was, by far, the highest in the series. The second highest on this count were Kohli, Dhawan and Rahul with 7 fours each.

Shreyas Iyer and Sanju Samson were two big disappointments for India in the series. While Iyer managed just 12 runs in the two matches he played, Samson got an opportunity in all three, got starts but failed to convert them into substantial scores - he aggregated just 48 runs in the series. 5 & 6.9: The Number of Wickets and Economy Rate for Mitchell Swepson in the Series

Mitchell Swepson outdid his two more famous counterparts in the series. He picked 5 wickets at 13.8 apiece at an economy rate of just 6.9 and was instrumental in stemming the flow of runs and picking wickets in the middle overs for Australia. In comparison, Adam Zampa picked 3 wickets at an economy of 7 while Yuzvendra Chahal accounted for 4 but was expensive conceding at 9.75 runs per over.

7.08: The Economy Rate of Washington Sundar in the Series

It was the highest for any batsman (min.50 runs) in the series.