Indian pacer Mohammed Siraj was again targeted by the Aussie cricket fans at the Gabba, Brisbane. This developments come days after he the bowler faced racial taunts at the SCG in the third Test match. The game was stopped midway and the guilty were ejected from the stadium. 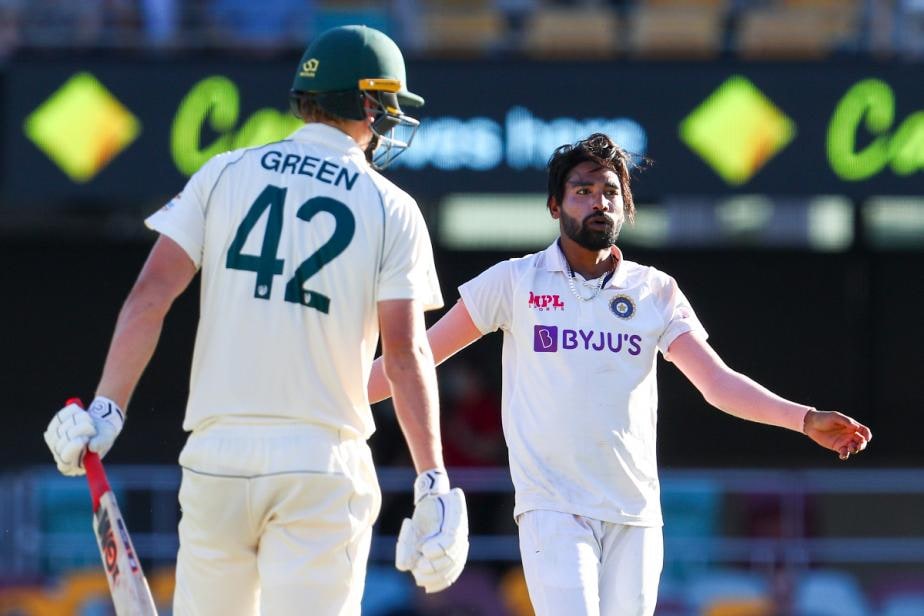 Indian pacer Mohammed Siraj was again targeted by the Aussie cricket fans at the Gabba, Brisbane days after the bowler faced racial taunts during the third Test match in Sydney. The game was stopped midway and the guilty were ejected from the stadium in the aftermath. Now the Hyderabad cricketer has been targeted once again, debutante Washington Sundar too wasn't spared.

Website Fox Cricket reported that Brisbane fans were heard yelling at the fast bowler in footage which has circulated on social media, with the bowler labelled a ‘bloody grub’.

The website has also quoted a Sydney Morning Herald report which stated that both Siraj and Washington Sundar were repeatedly labelled ‘grubs’ by a group of fans. “The guys behind me have been calling – shouting – both Washington and Siraj grubs,” the paper quoted a spectator known as Kate.

“It started targeted at Siraj and it was a chant similar to the SCG one (“Que Shiraz, Shiraz” to the tune of Que Sera, Sera). “But this time it was Siraj. I suspect it’s not a coincidence that it’s Siraj being targeted post the SCG stuff.”

Earlier after the SCG furor, several Aussie cricketers including the captain and the coach condemned the treatment meted out to the Indian players. Skipper Tim Paine in the post-match PC had said: "In terms of crowd behaviour - we don't condone the abuse of anyone; let alone from the racial standpoint," Paine said. "So we want people to come along to the Gabba, enjoy the game of cricket, support Australia, support India. Support the umpires if you like. But my suggestion is you leave the abuse at the gate and just respect the players, respect the game and have a good time," Paine said.

Meanwhile the 36-year-old had earlier responded to Sunil Gavaskar's jibe where the former cricketer questioned his attitude.  He drew a lot of criticism for his leadership skills and also his behaviour during the Sydney Test against India. Former skipper Sunil Gavaskar had also said that his days as a skipper are numbered. Responding to these comments, Paine said, "I am not going to get into it. Going back and forth with Sunil Gavaskar, do not think I am going to win that.