Back to News18
Home » Cricket Home » News » India vs Australia: A Look at What Went Wrong for Virat Kohli & Co. in ODI Series

India vs Australia: A Look at What Went Wrong for Virat Kohli & Co. in ODI Series

India survived a blistering Glenn Maxwell half-century to hold their nerve for a 13-run victory and deny Australia a one-day international series clean sweep in Canberra on Wednesday. 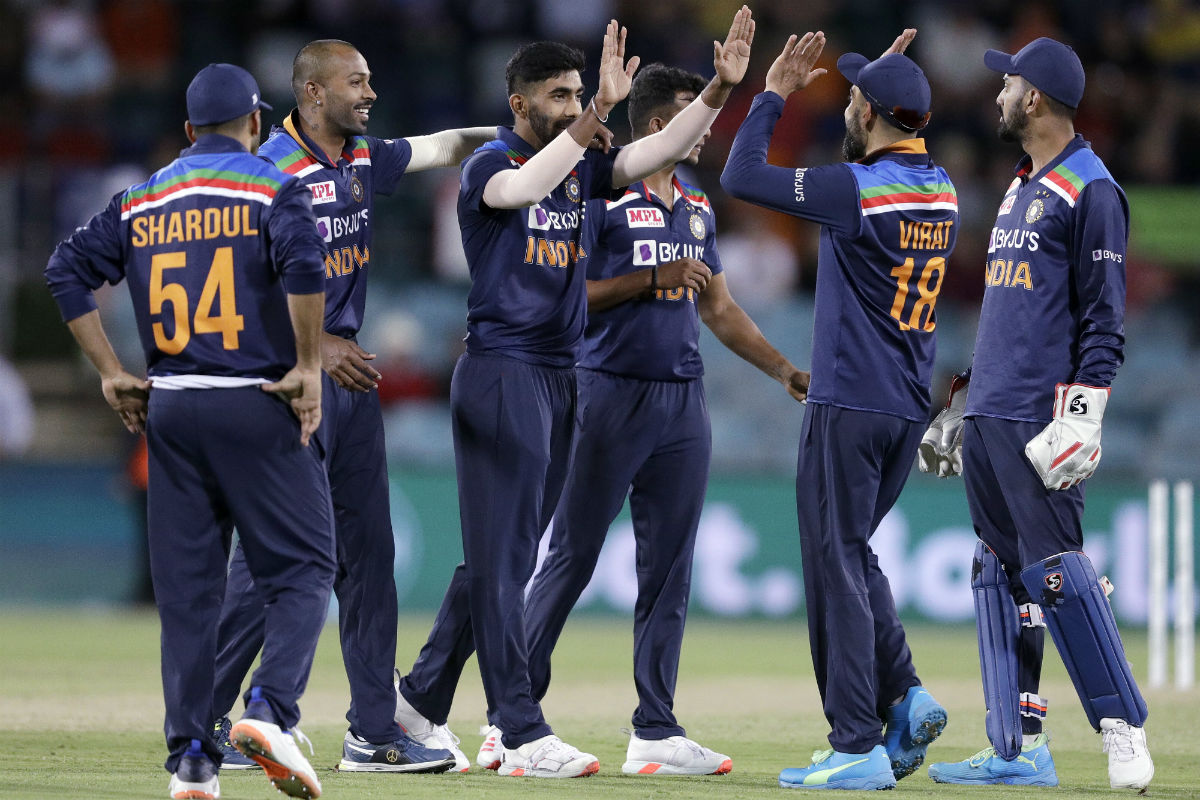 India survived a blistering Glenn Maxwell half-century to hold their nerve for a 13-run victory and deny Australia a one-day international series clean sweep in Canberra on Wednesday. While the explosive Maxwell was at the crease Australia were on track to reel in India's 302-5 total. But Jasprit Bumrah got the crucial breakthrough bowling Maxwell with a trademark yorker for 59 off 38 balls studded with three fours and four sixes. That left Australia 38 runs away from victory with three wickets and 35 balls left, but India claimed the remaining wickets to clinch victory with three balls left.

Australia won the opening two matches in Sydney by 66 runs and 51 runs, but India emphatically ended their five-game ODI losing streak -- their worst since January 2016 - to pull off an exciting victory ahead of Friday's first of three T20Is against the Australians in Canberra.

Also Read: Kuldeep Yadav is Back in Rhythm, India Can Try Him in 1st T20 - Sunil Gavaskar

However, there remains a lot for India to work upon before the next leg of the tour begins as the ODI series was a mixed bag. Here we take a look at what went wrong for the Indian cricket team during the ODIs.

Perhaps one of India's biggest issues throughout the series was the collective failure of the pace bowling unit, particularly Mohammed Shami and Jasprit Bumrah. The two have been among India's most reliable performers in recent years yet both failed to make a mark against the Aussies at home. The fact that they were unable to make inroads during the Powerplays only made things worse as the hosts could get off to comfortable starts before attacking later on in the innings. The two took a combined 8 wickets in the series - something has to change ahead of the T20I series.

Yuzvendra Chahal's effectiveness in the Indian bowling line-up has never been in question yet the leggie only took one wicket in the two matches he played. He struggled to adapt to batting-friendly conditions and as a result looked nowhere near his best despite having a decent IPL prior to the series. The fact that Adam Zampa was the top wicket taker in the series showed that spin did in fact play a role in deciding the series and that the pitches did have something in it for slower bowlers to play with.

It says something about just how good Australia's batsmen were at piling on big scores in the first two matches that the Indian top and middle order were under the pump and struggled as a result, despite being in batting-friendly conditions. Mayank Agarwal and Shikhar Dhawan both had a forgettable series, as did Shreyas Iyer. Virat Kohli was quiet by his standards. Given the collective failing of the top order, it was little wonder India struggled to win when it mattered.

Hardik Pandya and Ravindra Jadeja spared India more than a few blushes with valuable lower-order contributions, particularly in the final ODI which India won. However, Pandya was selected as a pure batsman - although he did bowl a few overs in the second ODI. Jadeja failed to make any impact whatsoever with the ball, taking the one wicket in all three matches he played. The lack of wickets from the all-rounders didn't help India's cause in the slightest.