Back to News18
Home » Cricket Home » News » India vs Australia: Australia Recall Starc as Pressure on India to Save Series in Sydney

India vs Australia: Australia Recall Starc as Pressure on India to Save Series in Sydney

India and Australia now travel to Sydney for the final encounter and with Australia knowing that they cannot lose the series the pressure will all be on the visitors to eke out a win at the SCG on Sunday. 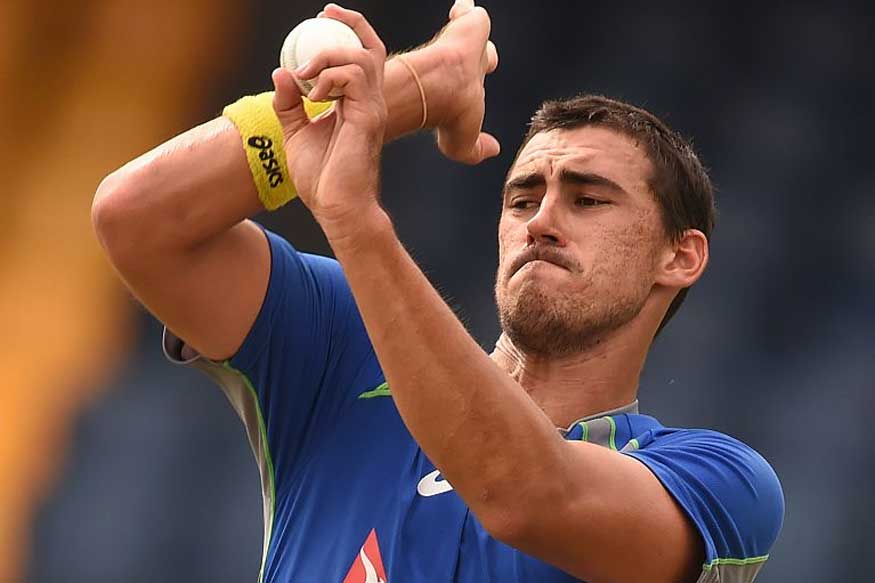 Catch all the live action from the third T20I between India and Australia through our live blog.

Both Virat Kohli and Shikhar Dhawan had asserted the need to consistently improve after India went down by 4 runs in the first Twenty20 International in Brisbane. Having gone for a pounding in the first game the bowlers bounced back in Melbourne as they restricted Australia to 132/7 in 19 overs.

But the weather Gods had other plans as persistent rainfall meant the the second T20I at the MCG had to be abandoned with the result also bringing India's run of seven consecutive T20I series wins that started in November last year to an end.

The two teams now travel to Sydney for the final encounter and with Australia knowing that they cannot lose the series the pressure will all be on the visitors to eke out a win at the SCG on Sunday. Australia have brought one of their spearheads Mitchell Starc into the mix to replace Billy Stanlake, who picked up an ankle strain while training in Melbourne. Starc hasn’t played a T20 international since September 2016 and was rested from the original squad to allow him to play for New South Wales in the Sheffield Shield.

From an Indian point of view, it was a much better show in the second T20I. Bhuvneshwar Kumar and Jasprit Bumrah got the side off to an excellent start in the Power Play while Kuldeep Yadav once again proved to be very difficult to get away. Khaleel Ahmed and Krunal Pandya, the two weak links of the first T20I, came back strongly and even managed to dislodge their nemesis from the previous game in Chris Lynn and Glenn Maxwell respectively.

While they would have certainly harboured hopes of a win but India can take heart from their bouncebackability and Kohli will hope for a similar show from his side come Sydney.

However, there are still a lot of areas that India will want to work upon going into the final game of the series, with the fielding being key. A couple of catches once again went down in Melbourne something that the visitors will have to be wary of going forward. The bowlers as well having reduced Australia to 74/6 should have ideally knocked them over for a sub-100 total but cameos from Nathan Coulter-Nile, Ben McDermott and Andrew Tye allowed the game to drift away. India can ill-afford such errors at the SCG which could potentially cost them the series.

The batting remained untested but going by the way they went in Brisbane, India should be able to come up with the goods on a flat Sydney deck which usually is a paradise for batsmen.

Australia, on the other hand, would feel they got out of jail at the MCG with rain saving them the blushes. On a surface that had a bit early on for the pacers, the top-order capitulated with none of Aaron Finch, D'Arcy Short, Glenn Maxwell or Chris Lynn making any sort of an impact.

It came down to Coulter-Nile, who only got into the side because of Billy Stanlake's injury, to provide the side with the necessary impetus before McDermott and Tye brought out the big hits as well.

"Three down in the Power Play as opposed to one the other day made the difference. We saw at the Gabba we were 1 for 38, which isn't a massive Power Play, but we only lost one wicket, so I think that was the main talking point," said McDermott reflecting on what went wrong for the hosts on the day.

"If we're building a big total then we need to get those guys (Australian top-order) batting for longer periods of time. They're some of the best batters in the world."

The early wickets will be key once again in Sydney. Short and Finch have failed to get going in both games while Maxwell and Lynn having found form in the opening T20I faltered in Melbourne. With Australia not picking Kuldeep all that well, the start becomes doubly important and the onus will be on the openers to give the hosts a good Power Play on Sunday.

The other issue has been the high percentage of dot balls in Australia's innings. The hosts did not score of as many as 58 deliveries in Melbourne, an area they will have to work on given the massive boundaries in Australia which makes for the accumulation of fours and sixes that much harder. The Australians might take a cue from McDermott who started off slightly slowly but managed to rotate strike as much as possible once he got settled.

Australia will know that India would be feeling robbed of a win in the second T20I and will come that much harder in Sydney. With the cushion of a 1-0 lead, the hosts can go into the last game freely. A good effort with the bat will be key for them as they hope to seal the series.

The conditions in Sydney will come as a welcome relief to both the sides after the cold and wet weather they experienced in Melbourne. The temperature is expected to be in the lower 20s with partly cloudy skies. The SCG surface is generally a haven for batsmen and it is expected to play no different. A sell out crowd is once again expected for the final encounter.