The draw at Sydney for India was nothing short of a win. India, against all odds, were battling multiple injuries and were also without their regular skipper Virat Kohli. 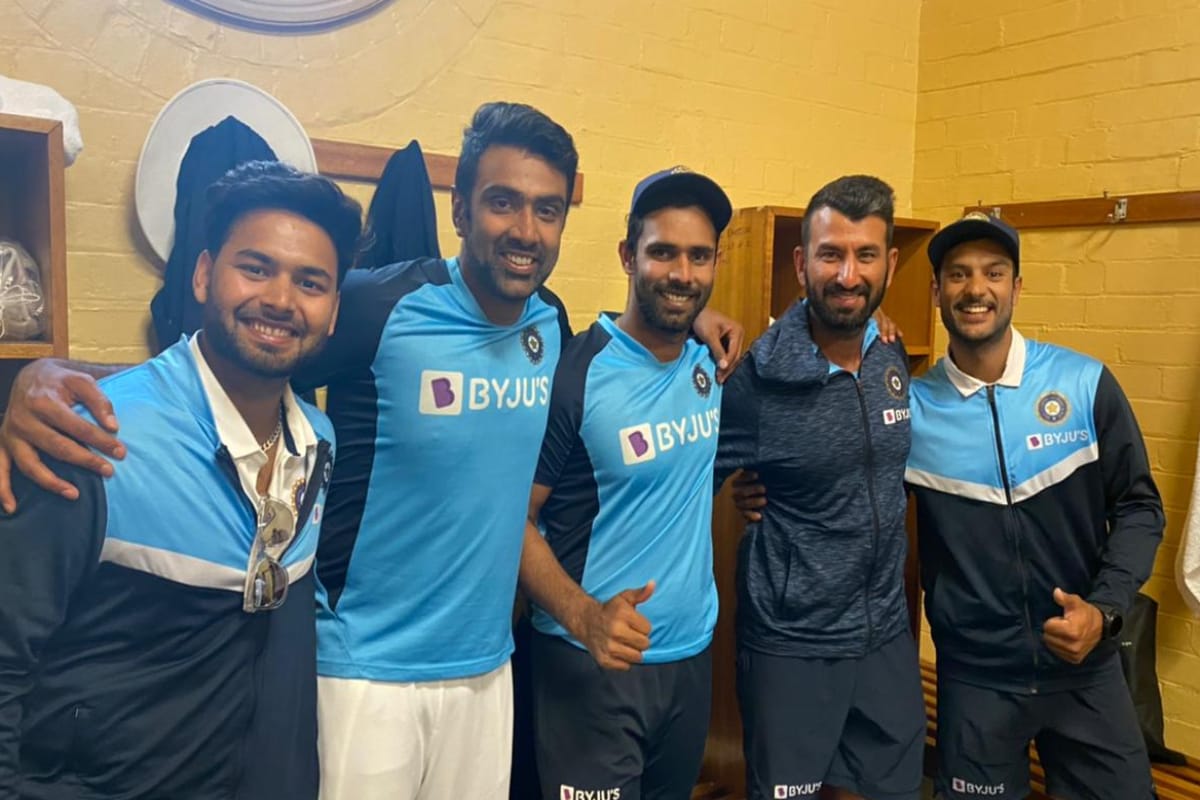 The draw at Sydney for India was nothing short of a win. India, against all odds, were battling multiple injuries and were also without their regular skipper Virat Kohli. In such a situation they had to bat off three sessions and were two wicket down already. Thanks to some stellar performance by Rishabh Pant, Ravichandran Ashwin, India managed to save the game. And the celebrations continued well into the dressing room. In a video posted on Team India's Instagram page; coach Ravi Shastri can be seen hugging Ashwin. The off spinner was also seen embracing team skipper Ajinkya Rahane.

At one point, it seemed like India were pushing for what at one time seemed an improbable win. Yet when Australia removed the dangerous Rishabh Pant and Cheteshwar Pujara before tea, it left the Indians in a spot of bother going into the final session. Australia grabbed the prize wicket of Pant for 97 as his explosive innings fell short of a century when he was caught by Pat Cummins off Nathan Lyon going for another big hit.

Josh Hazlewood bowled the usually solid Pujara, who brought up 6,000 Test runs before his resistance was broken after a battling 77 off 205 balls.The primary aim going into the final session was merely to see out the remainder of the day, as was evidenced by Vihari and Ashwin looking to either block or leave everything that came their way and both batted over three hours to ensure a well-earned draw for the visitors.

India resumed at the day 98-2, still needing a further 309 runs after being set a huge 407 to win after Australia declared their second innings at tea Sunday on 312 for six.No team has ever bettered 288 to clinch victory in the fourth innings at the Sydney Cricket Ground, with Australia achieving that mark against South Africa in 2006.Australia accounted for openers Shubman Gill (31) and Rohit Sharma (52) before stumps on day four, and when Lyon got captain Ajinkya Rahane in Monday's second over without adding to his overnight four the end appeared nigh.