Impressive performances by Mohammed Siraj and Shardul Thakur, Australia's hesitancy in declaration, their prolonged second innings and the threat of rain on Day 5 means that in all likelihood India might retain the Border Gavaskar Trophy in what will be an even greater triumph than 2018-19. 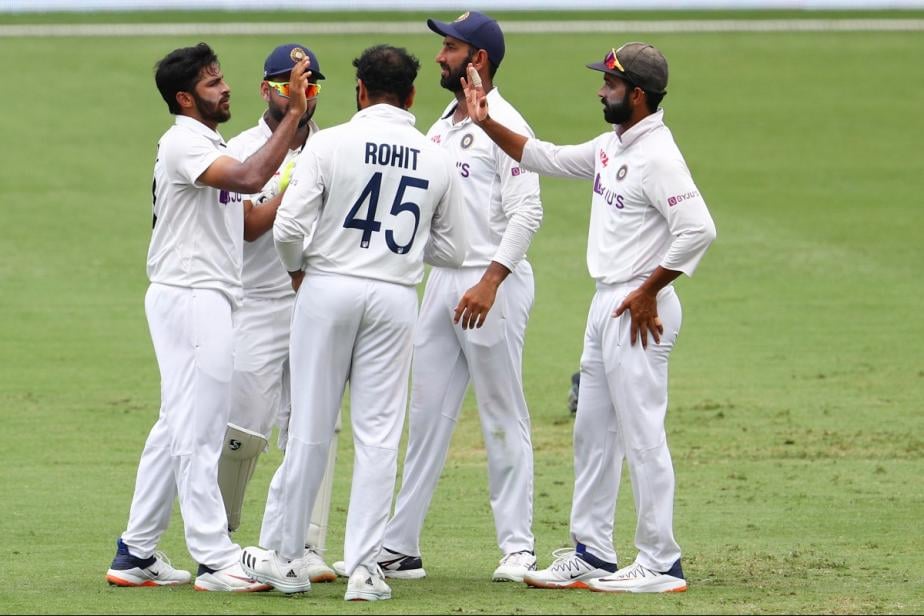 India might have just done enough on Day 4 to retain the Border Gavaskar Trophy and subsequently enhance their chances of making the World Test Championship Final at Lord's in June. The Indian fast bowling duo of Mohammed Siraj and Shardul Thakur kept chipping away at the wickets which forced Australia to prolong their innings and play relatively safe. Rain then ate away around 23 overs of the day's play in the final session which meant that the visitors ended Day 4 at 4 for no loss after playing just 11 deliveries in their second innings.

India vs Australia: Day 5 at The Gabba Will Be About Patience and Good Bowling - Steve Smith

Australia missed a trick and maybe the match and series by adopting a conservative approach after the fall of Marnus Labuschagne's wicket. They had reached 123 at a run rate of 4 when Mohammed Siraj got India the prized scalp of the centurion from the first innings and then Matthew Wade in the same over. While Smith was positive and scored at a fair clip, Cameron Green did not show that much urgency. The run rate dropped. Siraj returned to get the big wicket of Smith just when he had registered his fifty and was looking to step it up a few notches. This did not allow Australia to give the innings the necessary impetus at the end.

But was it the right approach by the Australians? Weren't they too cautious? Did they miscalculate the target they wanted to set India - an India without Virat Kohli? When Smith was dismissed, Australia were in effect 229 for 5 and should have gone helter-skelter and declared as soon as the target crossed 250. But instead they went on and on and on, playing out crucial overs and time showing no urgency whatsoever. They batted for 21 odd overs after Smith's exit in order to set India a target of above 300.

Did Tim Paine and his men not look at the numbers from history? Surely, Australia had to take more risk as being the home team, with a full strength XI against a severely depleted Indian XI, a 1-1 draw is as bad as 1-2! If they cannot beat this Indian team who are without at least 7 of their top players, then what chance do they have against a full fledged Indian unit? Also, they should have been desperate to win this series after the historic loss in 2018-19.

Coming back to the numbers. India has chased above 300 just twice in their Test history! No team has chased a 250-above target at The Gabba. India has chased down an above-100 target in Australia only once in their history - in Adelaide in 2003! Australia have, or they believe the best fast bowling attack ever in their history! They haven't lost a Test at The Gabba in 32 years. The wicket is crumbling. There is uneven bounce. There is cloud cover and heavy conditions. India do not have Kohli who is as good as half his team in such tough conditions. They also don't have Hanuma Vihari - their hero from the Sydney escape - and Ravindra Jadeja who has been a revelation with the bat in the lower-order. There is a forecast for a lot of rain on Day 5.

India vs Australia: Mohammed Siraj Becomes First Indian Pacer Since Zaheer Khan to Achieve This Unique Feat at The Gabba

And yet Australia did not declare when they should have and instead opted for safety! The credit for this has to go to Siraj and Thakur who kept picking wickets at regular intervals forcing Australia to play safe and not cut loose but the blame for it has to be borne by the Australian captain and their think tank and strategists. If the home team had declared an hour earlier and set India 250 odd even the best roulette player would have not bet against their fast bowlers picking at least 2-3 top order Indian wickets towards the end of play with the new red cherry and the overcast conditions. And then it would have been a completely different ball game on the final day!

But given what actually happened, what should India's strategy be on Day 5?

How should India approach the chase?

Like in Sydney, India has to use both - caution and aggression, a bit of defense and a bit of attack - when they resume on Day 5. On paper they have 98 overs and need to score 324 runs for a win. But if any credible weather reports are to go by, Australia will be lucky even if they get half of those to bowl at the Indians. Given the excellent drainage system in Brisbane, they might just squeeze in around 50-55 overs. The first couple of hours will be massively crucial for both teams. India need a good positive start from Rohit Sharma and Shubman Gill for if they bat the first session chances are that India would have crossed a hundred. And then it is game on and pressure on Australia.

India has to play according to the strength of each batsman with of course minor adjustments according to the match situation. Rohit and Gill, both elegant strokeplayers need to be looking to score runs and put away the bad deliveries. They need to be positive as they have in the series without being reckless. If India has a strong base, then the more solid players - India's 3 and 4 - Chesteshwar Pujara and Ajinkya Rahane can look to bat for long periods with some intent and take the visitors as close to the target as possible. If the rain Gods relent and we get close to a full day's play and India need 100 in the final 20 overs with 6-7 wickets in hand then a certain Rishabh Pant and even Mayank Agarwal can do a lot of damage and it can be a thrilling finish to a thrilling Test series.

However, if we lose early wickets, then Pujara and Rahane will have to play their A-Game - defend, block, frustrate the Australian bowlers, play out time and overs. Agarwal and even Pant might need to alter their game a bit and curb their natural instincts. The Gabba is not SCG and a similar kind of counter-attacking risk may not bear fruit in Brisbane, especially if the situation demands otherwise.

The most likely scenario is that Day 5 will be a rain-truncated day and India will need to bat out 45-50 overs to save the Test. A draw for them in this series, with injury to more than half their team including the entire pace quartet, is as good as victory for the Indians. And as bad as a humiliating loss for the Australians.

In fact, if India manage to save this Test on the final day at The Gabba tomorrow, the 1-1 scoreline will be an even more significant achievement than the historic series win last time around!