India vs Australia | Lakshmanan: India Ponder Combination as Ashwin Races Against Time to be Fit for Sydney

Ravichandran Ashwin, who has missed the last two Tests in Perth and Melbourne, is in a race against time to be fit for the fourth Test in Sydney starting on Thursday.

Ravichandran Ashwin, who has missed the last two Tests in Perth and Melbourne, is in a race against time to be fit for the fourth Test in Sydney starting on Thursday. While the Indian squad chose not to train on Tuesday, Ashwin underwent a solo indoor bowling session at the Sydney Cricket Ground (SCG), according to Cricket.com.au.

Ashwin was accompanied by team physiotherapist Patrick Farhart and another support staff member to bowl in the indoor centre facilities while the Australians practiced in the outdoor nets. The 32-year-old suffered a side strain during the first Test win in Adelaide, where he claimed 6-149 – his best match figures in seven Tests in Australia.

Ashwin’s recovery will be closely monitored as India will be forced to make one selection decision ahead of the last Test with Rohit Sharma flying back home for the birth of his first child. In Rohit’s absence, India may consider the option of playing two spinners, if the conditions so demand.

So, how have spinners fared at Sydney in recent Tests? England played two spinners in the most recent Test, the Ashes 2017-18 Ashes, and the move backfired. Leg-spinner Mason Crane went for 1 for 193 from 48 overs, and hasn't played a Test since. Moeen Ali went for 2 for 170 from 48 overs in that game. Australia played one spinner in that game; Nathan Lyon picked up four wickets across two innings.

Spinners found more success in Sydney over the previous two years. An indication of the same is Australia playing two spinners – Lyon and Steve O'Keefe - in 2017 against Pakistan and 2016 against West Indies. O'Keefe and Lyon shared nine wickets between them against Pakistan, and six in the only innings against Windies. In the Sydney Test of 2015, India played one spinner in R Ashwin; he did bag four wickets in the second innings, but went at an economy above five, with Australia batting for declaration.

In all these games, the opposition played only one spinner, who struggled. Or in other words, Australia had a batting line-up that could take advantage and dominate.

That, though, is not the case anymore. If the conditions deem fit, India have the luxury of opting to play two spinners. Ravindra Jadeja and Ashwin are a deadly combination in Asia, but they've never played together in SENA (South Africa, England, New Zealand and Australia). The conditions, and Rohit's absence, might change that. 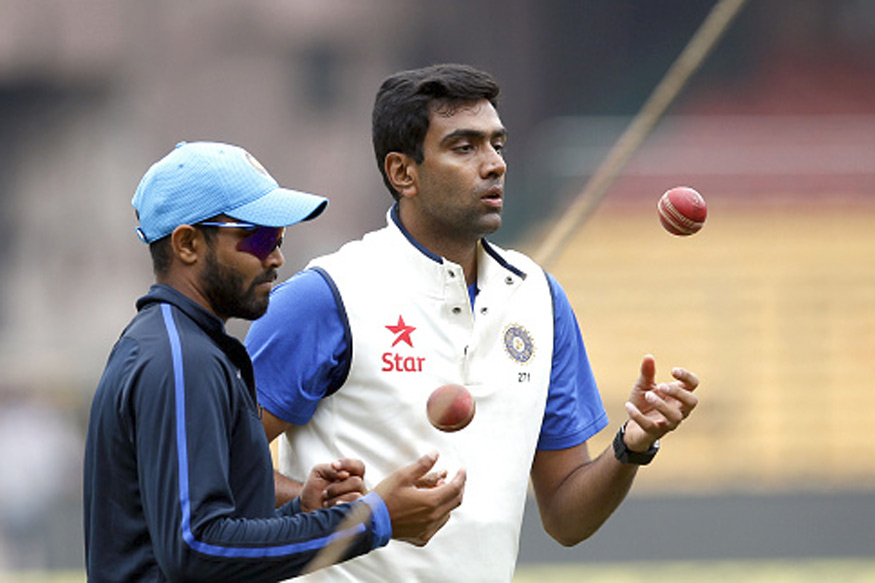 India could do that by slotting in Ashwin as a direct replacement for Rohit, although that could weaken their batting on paper. They could also play Hardik Pandya in place of Rohit, and replace one of the pacers with Ashwin. The Indian pace trio is the talk of the town, and will be very hard to separate, but Kohli is not averse to such decisions. Remember Bhuvneshwar Kumar in the second Test in South Africa?

If it comes down to one spinner with both Ashwin and Jadeja available, India will have an interesting choice to make. Ashwin did well in the first Test, scoring crucial runs in the lower order besides picking six wickets. Jadeja made good use of the chance he got in Melbourne, picking five wickets in his first Test in Australia.

Who will get the nod? Or will both play? Or will Kohli take a punt with Kuldeep Yadav in the last game? India have choices aplenty, and the spin-selection could well turn out to be crucial.

The Australian camp too will be mulling over the choices they need to make. Barely minutes since Australia lost the third Test to India in Melbourne, (thus losing the Border-Gavaskar Trophy), Tim Paine was already dreading playing in Sydney. Such are the times, that Australia are concerned about the tracks produced at home. Perth was quick, but it was almost like an exception in the series. Adelaide had help for pacers and spinners, Melbourne was flat and slow.

It's only expected to continue in Sydney, which is traditionally known to help spinners more than the other Australian pitches.

“I played on it (the SCG) three or four weeks ago and it spun a little bit,” Paine said on Macquarie Radio on Sunday (December 30). “We’re hearing it is probably going to be a little bit drier than even that, so I’m sure India will be looking really forward to it and that’s been the one disappointing thing. We’ve rolled up some wickets that have taken away from our strengths, which is pace and bounce. It’s a frustration. You never go to India and get served up green wickets."

The game Paine was refering to was the Sheffield Shield game between New South Wales and Tasmania in early November, where NSW had two Test spinners in Lyon and O'Keefe. The ground has since been used for one more Sheffield Shield game, apart from three Big Bash League matches this month. If the wear and tear has had its effect on the ground, Paine will not be a happy man looking at the wicket in Sydney.

Australia have drafted in 24-year old Marnus Labuschagne into the squad, a batting all-rounder, who bowls handy leg-spin and could be drafted into the XI to support Lyon if the conditions are spin friendly.