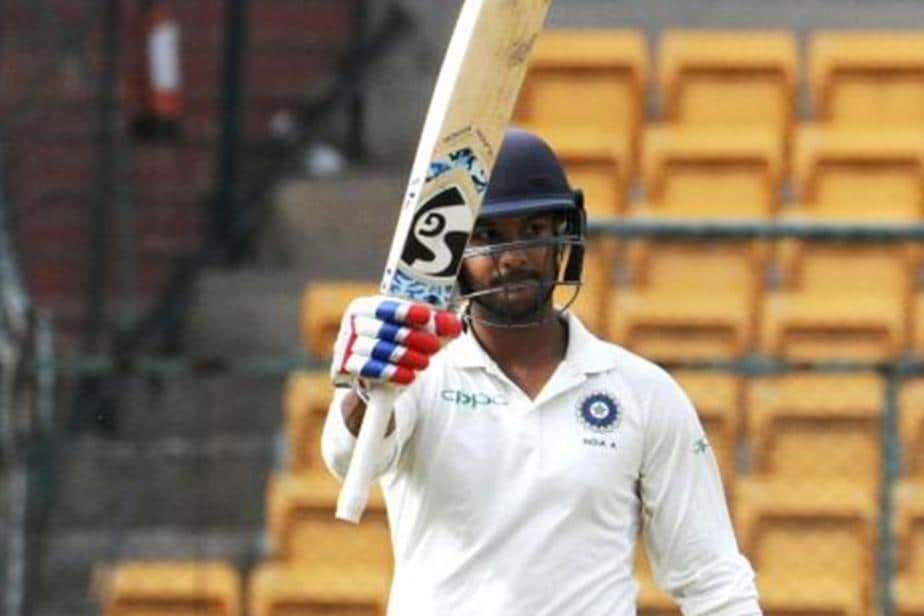 Mayank Agarwal is set to be handed his Test debut as the BCCI announced its team for the third Test against Australia in Melbourne on boxing day.

Mayank Agarwal is set to be handed his Test debut as the BCCI announced its team for the third Test against Australia in Melbourne on boxing day.

India have axed both openers (KL Rahul and Murali Vijay) while Australia recalled all-rounder Mitchell Marsh at the expense of struggling batsman Peter Handscomb for the high-stakes third Test.

With the four-Test series tied 1-1, much is riding on the Boxing Day showdown at the Melbourne Cricket Ground where up to 90,000 fans are expected, and India can't afford another top order flop.

Murali Vijay and KL Rahul scored just 95 runs between them in eight innings across the opening two Tests in Adelaide and Perth, failing to play their part alongside the likes of Virat Kohli and Cheteshwar Pujara.

They have paid the price with debutant Mayank Agarwal expected to open the batting with Hanuma Vihari, who is set to be bumped up the order.

Experienced No.6 Rohit Sharma was declared fit and resumes his place in the side after missing the Perth Test.

But ace spinner Ravichandran Ashwin, who also missed that game, has failed to recover from an abdominal strain, with left-arm finger-spinner Ravindra Jadeja brought in as part of a four-man attack.

Skipper Kohli, who had some testy exchanges in Perth with Australian counterpart Tim Paine, insisted the defeat there was in the past and his team was starting with a new slate in Melbourne.

"As a team, whether you’re 2-0 up or 1-0 down, what has happened in the past has no significance to what is going to happen in the next Test," he said before the team was announced.

"So the key is to stay in the moment, stay in the present. We just need to play consistently good cricket and not get too excited or taken aback from situations in the match."

Kohli, who scored a battling century in Perth but was criticised for failing to acknowledge the crowd when he was controversially given out, also said he would not be looking for confrontations with Paine in Melbourne.

"Both teams are passionate and desperate to win. Obviously, things happen on the field. But as long as the line isn't crossed," he said.

"I'm sure Tim and myself understand what happened and we don’t want to do something unnecessary. We want to lead our teams well and play good cricket that the public wants to see."

Despite winning to level the series in Perth, Australia opted for change by recalling Marsh, whose part-time seamers will help relieve pressure on the home side's pace attack on a pitch that is not expected to offer as much for the bowlers as Adelaide or Perth.

Part of the thinking also revolves around the potentially decisive fourth and final Test in Sydney, with only a three-day recovery period if Melbourne goes the full five-day distance.

"I'm sure Pete would be upset. I think he's had conversations with the selectors that there's a few things they would like him to work on and Pete is open to that," Paine said.

He added that he did not believe dropping a player from a winning XI would impact Australia's momentum.

"No I don't think so, we did it last year during the Ashes as well. The majority of this decision has been based around it's a long series, we've played on a lot of hot days and our bowlers have had a big workload," he said.

"We believe Mitch can come in and do a really good job with the bat and obviously he'll give great support to our bowlers."