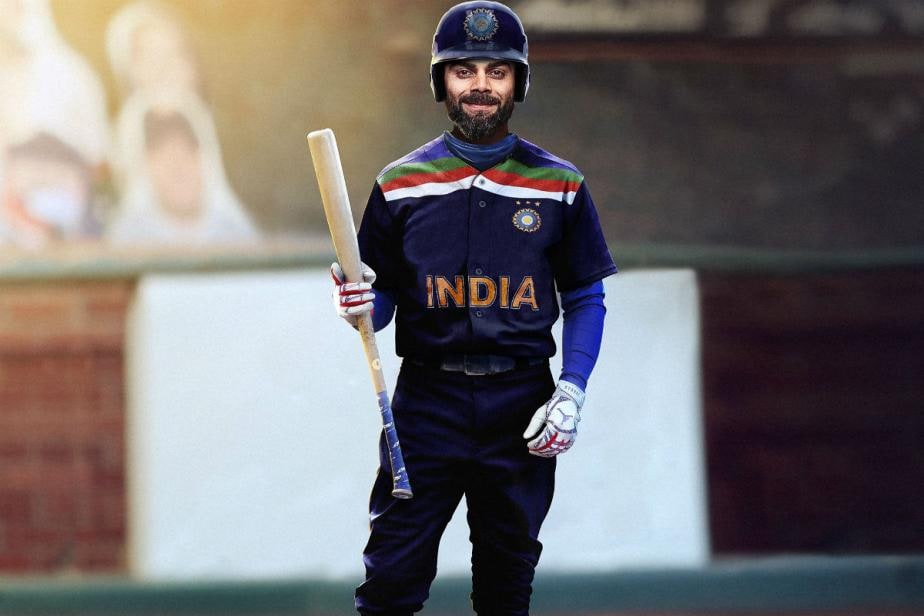 USA’s Major League Baseball (MLB) has shared a picture of Indian skipper Virat Kohli wearing the all-new retro kit but it comes with a ‘baseball twist’.

The Men in Blue hogged limelight when they stepped onto the tort donning the retro jersey, which was worn by Team India in the 1992 World Cup. Now, keeping in view its popularity, USA’s Major League Baseball (MLB) has shared a picture of Indian skipper Virat Kohli wearing the all-new retro kit but it comes with a ‘baseball twist’. MLB has also asked fans to rate Kohli’s new jersey look out of 10.

As soon as the picture was shared on Facebook, cricket fans went gaga over it. Till now, the image has received more than 1.5 likes and 183 shares on the social media platform.

A user commented, “Be glad that he didn't played baseball... He could have became one of the legends of the game..Am I right MLB?”

Another wrote, “We Are waiting for baseball Indian team!!”.

A few users appreciated MLB’s effort and gave 10 out of 10 to the new twist.

Meanwhile, Team India have taken an unassessible 2-0 lead over Australia in the three-match T20I series. With the victory, the side has extended their unbeaten run in Twenty 20 International (T20I) cricket to 10 games. Along with it, Kohli has become the first Indian captain to register series win across all formats in Australia. He is also the second skipper overall after South Africa’s Faf du Plessis to achieve this feat.

Kohli-led side will eye to whitewash T20I series against the Kangaroos when they lockhorns at the Sydney Cricket Ground on Tuesday.