India vs Australia: Mohammed Siraj Becomes First Indian Pacer Since Zaheer Khan to Achieve This Unique Feat at The Gabba

India's Mohammed Siraj returned figures of 5-73 on Day of the fourth and final Test against Australia at Brisbane on Monday (January 18). 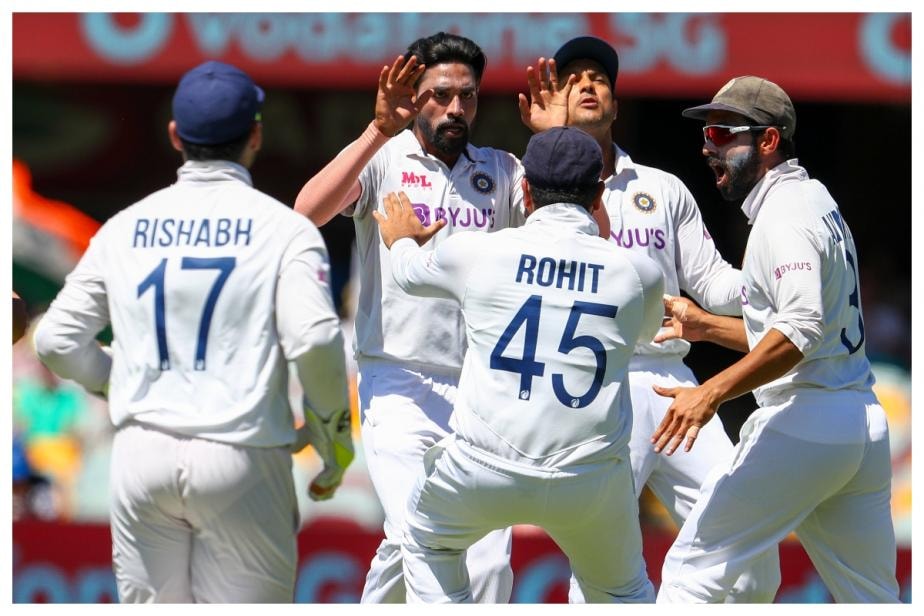 Mohammed Siraj, thrust into a leadership role due to an unfortunate spate of injuries in the Indian camp, returned figures of 5-73 on Day of the fourth and final Test against Australia at Brisbane on Monday (January 18). Siraj, who made his Test debut on this tour itself during the Adelaide Test, ran through the Australian batting line-up as the home team folded for 294 in the second innings, a prospect that seemed unlikely at the start of the day. That means India need 328 to win the final Test of the series and to notch their first ever win at The Gabba. India ended the penultimate day of the Test match on 4-0.

Siraj's maiden Test five-wicket haul saw him become the first Indian since Zaheer Khan in 2003 to take a fifer at The Gabba. Zaheer had returned figures of 5-93 during the first Test of the 2003-04 series against Australia and no Indian bowler since then had managed the feat.

Siraj's figures were also the second-best individual figures by an Indian seamer at The Gabba after Madan Lal's 5-72. Lal claimed his five-for in 1977.

For Australia, it was Steve Smith's attacking half-century that stretched their lead even as India's new-look bowling attack put its best foot forward through the day.

The highest successful fourth innings chase at the ground is 236 by the West Indies, way back in 1951.

Australia began the day 21 without loss and went on an aggressive mode straightaway, David Warner and Marcus Harris adding 40 in the first seven overs.

Warner (6x4) and Harris (8x4) hit 14 boundaries as Siraj and T Natarajan (14-4-41-0) erred in length during the first hour. The openers added 89 when finally, a sharp bouncer from Thakur ended Harris' entertaining knock. He tried to sway away but the ball brushed his gloves on way to Rishabh Pant behind stumps.

In the very next over, Warner, who was in sight of his first half-century of the series, was rapped on the backfoot by Washington who bowled one that kept straight. The opener ended up being cramped for room on the back-foot while going for the cut-shot.

At one stage, both Siraj and Thakur were competing for the five-wicket haul as both were one wicket away. In the end, Siraj got there with the help of Thakur, who took the final catch off Josh Hazlewood at third man to give Siraj a special moment.