India pace bowler Mohammed Siraj has credited his five-year grind at the domestic level for his impressive performance on Test debut in the second Test at the Melbourne Cricket Ground. 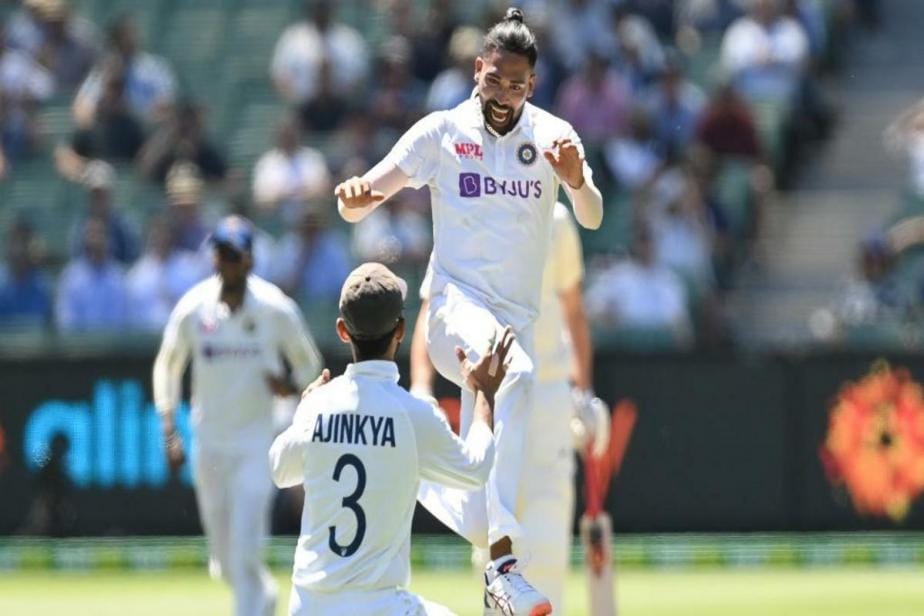 India pace bowler Mohammed Siraj has credited his five-year grind at the domestic level for his impressive performance on Test debut in the second Test at the Melbourne Cricket Ground.

Siraj picked the wickets of Marnus Labuschagne and Cameron Green in the first innings and followed it up with Travis Head's in the second innings to help India take control of the second Test match.

Siraj, who made his first-class debut for his home state of Hyderabad in November 2015, played 38 first-class matches before his Test debut in the ongoing game between India and Australia. Apart from Hyderabad, he also played plenty of games for India A picking multiple five-wicket hauls for India's second string side.

"I think my performance in the domestic cricket and first-class cricket has helped me. I am able to focus on the basics consistently. I don't try much," said Siraj referring to the difficulty of bowling on the MCG wicket, before adding, "Our plan was to stick to basics and keep patience. The wicket had also slowed down so on that we had to focus on basics."

He said that there is not much difference in bowling in Tests from bowling in the days' format of domestic cricket.

"Though Test cricket has a different value, we have to bowl at this level just like we do in domestic cricket with the red ball too...I am glad I am doing well and plan to do well in future," he said and added that he had been practicing during the lockdown with both the red and white ball.

He also said that the performance in the Indian Premier League, where he became the first one in tournament history to bowl two consecutive maiden overs gave him confidence. He picked 11 wickets in nine games for the Royal Challengers Bangalore, bowling at quality batsmen.

Arun served as Hyderabad coach in the 2016-17 season before becoming India bowling coach.

"I first met Bharat sir in Hyderabad. He used to give confidence to the bowlers. He told me that you are the kind of bowler who can take anyone's wicket. Those kind of words gives you confidence and boosts your morale. He is here with me again, giving me confidence," added Siraj.

Siraj added that his experience of playing with the Kookaburra for India A in New Zealand helped him ease into his Test debut.

"Last time in New Zealand (for India A) I had played with the kookaburra ball. So I didn't have to do much to get used to it," added Siraj.

Siraj said the India pace bowlers' focus was to bowl dot balls and maiden overs and complement the spinners, after losing Umesh Yadav to an injury early in the second innings.

"We were discussing in the team, with Jassi bhai too. We are two fast bowlers, the spinners are doing a good job. Our (the two fast bowlers') focus was to bowl dot balls and maidens. The wicket also didn't offer much help. So we were focusing on bowling the dot balls," said Siraj.

"The wicket was very good to bowl on during the first day. But now the wicket has become easy, the ball is coming onto the bat easily. There is no swing. So our plan was to be patient and keep bowling at one spot.

"We shouldn't try much. That will be better. We'll be able to get them all out as soon as possible

"With a senior around, the junior always finds help. After every ball, he (Bumrah) was coming to me and giving me confidence, telling me to focus on every ball and be easy. He asked me to not give anything away and kept telling me, 'you are doing good, have patience and keep bowling well'. That is what he told me."