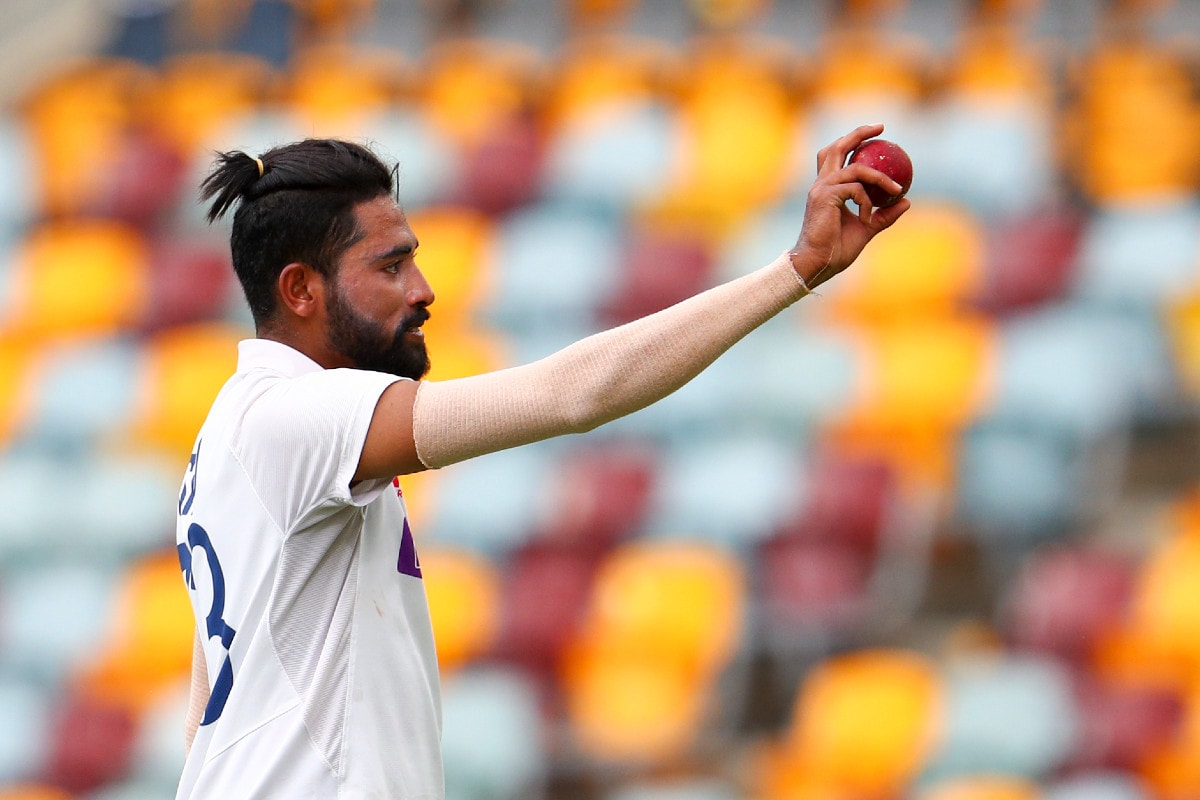 Mohammed Siraj picked up a maiden five-wicket haul as Australia set India a target of 328 in the fourth and final Test in Brisbane on Monday. At stumps, drawn early due to rain, on Day 4, India were 4 without loss. The Gabba cracks are opening up, but more rain is predicted for the fifth day, which could make it difficult for teams to enforce a result.

For Australia, it was Steve Smith's attacking half-century that stretched their lead even as India's new-look bowling attack put its best foot forward through the day.

The highest successful fourth innings chase at the ground is 236 by the West Indies, way back in 1951.

Australia began the day 21 without loss and went on an aggressive mode straightaway, David Warner and Marcus Harris adding 40 in the first seven overs.

Warner (6x4) and Harris (8x4) hit 14 boundaries as Siraj and T Natarajan (14-4-41-0) erred in length during the first hour. The openers added 89 when finally, a sharp bouncer from Thakur ended Harris' entertaining knock. He tried to sway away but the ball brushed his gloves on way to Rishabh Pant behind stumps.

In the very next over, Warner, who was in sight of his first half-century of the series, was rapped on the backfoot by Washington who bowled one that kept straight. The opener ended up being cramped for room on the back-foot while going for the cut-shot.

Labuschagne hit five boundaries and was in no mood to drop the tempo before Siraj bowled the ball of the session. Having been too short during the first spell, the delivery was on the off-stump and moved a shade before Rohit Sharma took a regulation catch at second slip. Two balls later, Matthew Wade was caught down leg side for nought as Siraj struck again.

The second session also witnessed fortunes swing as Smith attacked the Indian bowlers, found catches being dropped before three wickets kept the visitors' spirits high. While Smith made a half-century, he was well supported by Cameron Green (37) while Tim Paine (27) and Pat Cummins (28*) made useful contributions too.

At one stage, both Siraj and Thakur were competing for the five-wicket haul as both were one wicket away. In the end, Siraj got there with the help of Thakur, who took the final catch off Josh Hazlewood at third man to give Siraj a special moment.

Chasing 328, India were 4 for no loss when rain arrived to put an end to proceedings.