Back to News18
Home » Cricket Home » News » India vs Australia: Ravi Shastri Enjoys A 'Good Conversation' With Shubman Gill Ahead of Series Opener

India vs Australia: Ravi Shastri Enjoys A 'Good Conversation' With Shubman Gill Ahead of Series Opener

India will take on Australia in the first of the three match ODI series on November 27. They will also play as many T20 games and a four-match Test series. 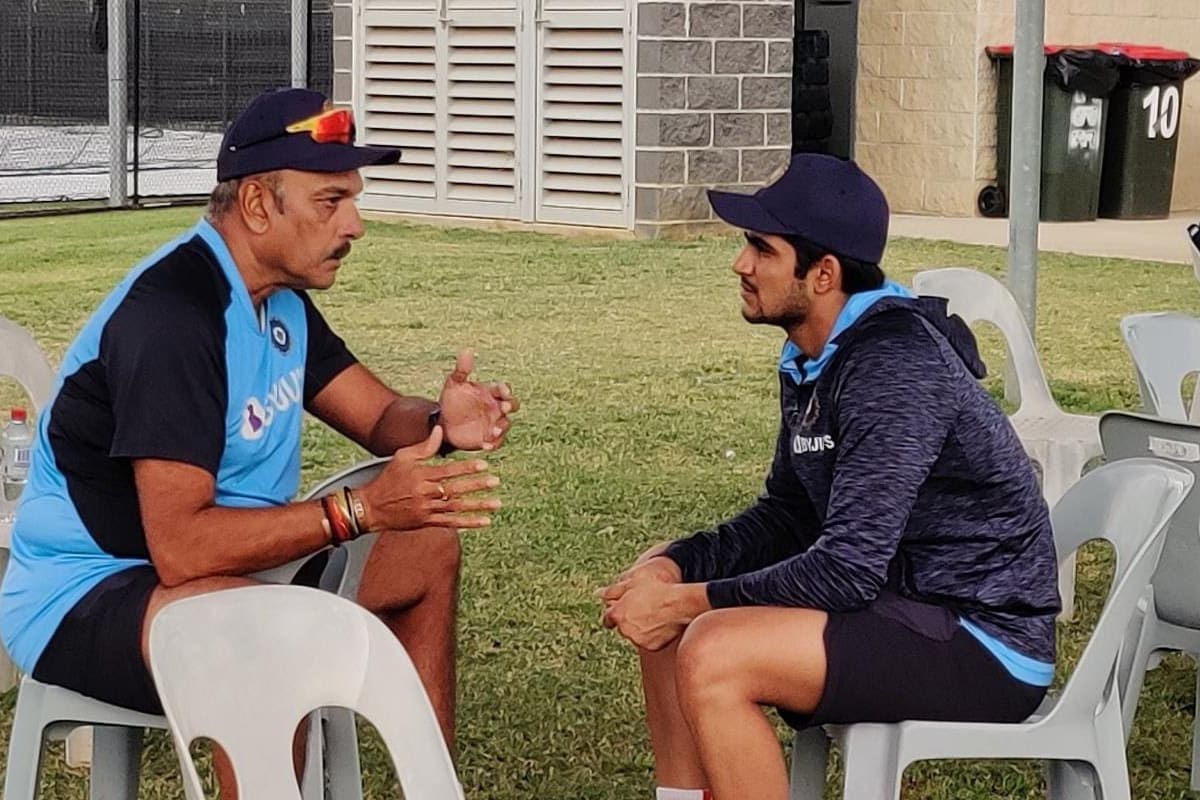 Team India head coach Ravi Shastri on Sunday had a "nice conversation" about cricket with young batsman Shubman Gill ahead of the much-anticipated clash with Australia which begins with a three-match ODI series from November 27."Nothing beats a good conversation about the great game #LoveCricket #AUSvIND - with Shubman Gill," Shastri wrote alongside the picture he posted on Twitter.

Gill, who has so far played just two ODIs for India, is part of the ODI squad as well as the Test squad. He would be hoping to come out with good performances whenever he gets an opportunity to play in order to cement his place in the team.The Indian contingent arrived in Sydney on November 12 where they are currently undergoing two-week isolation. Following their negative Covid-19 tests, the team started with their training from November 14.

Also read: Rohit Sharma "Happy to Bat" at Any Position in Tests

Earlier, Shastri had tweeted photos of himself alongside Hardik Pandya, Shikhar Dhawan and Shardul Thakur and said: "Great to get back to business - with @hardikpandya7 @SDhawan25, @imShard, #TeamIndia #AUSvIND."After the three ODIs and the three T20Is which end on December 8, the two teams will contest in a high-octane Test series, beginning with a pink-ball contest in Adelaide.

Virat Kohli's men are the defending champions of the Border-Gavaskar Trophy and would be high on confidence with success of their last tour Down Under on the back of their minds. However, they would face a stiff competition this time around as Steve Smith and David Warner, who were not part of the 2018-19 series, will be raring to go.Skipper Kohli will also return to India after taking part in the first Test to be played at the Adelaide Oval from December 17-21 to be with his wife Anushka Sharma who is expecting their first child.