The 34-year-old spinner became the sixth bowler in the long format of the game to dismiss most left-handers. Australian Josh Hazelwood became Ashwin’s 192nd scalp. 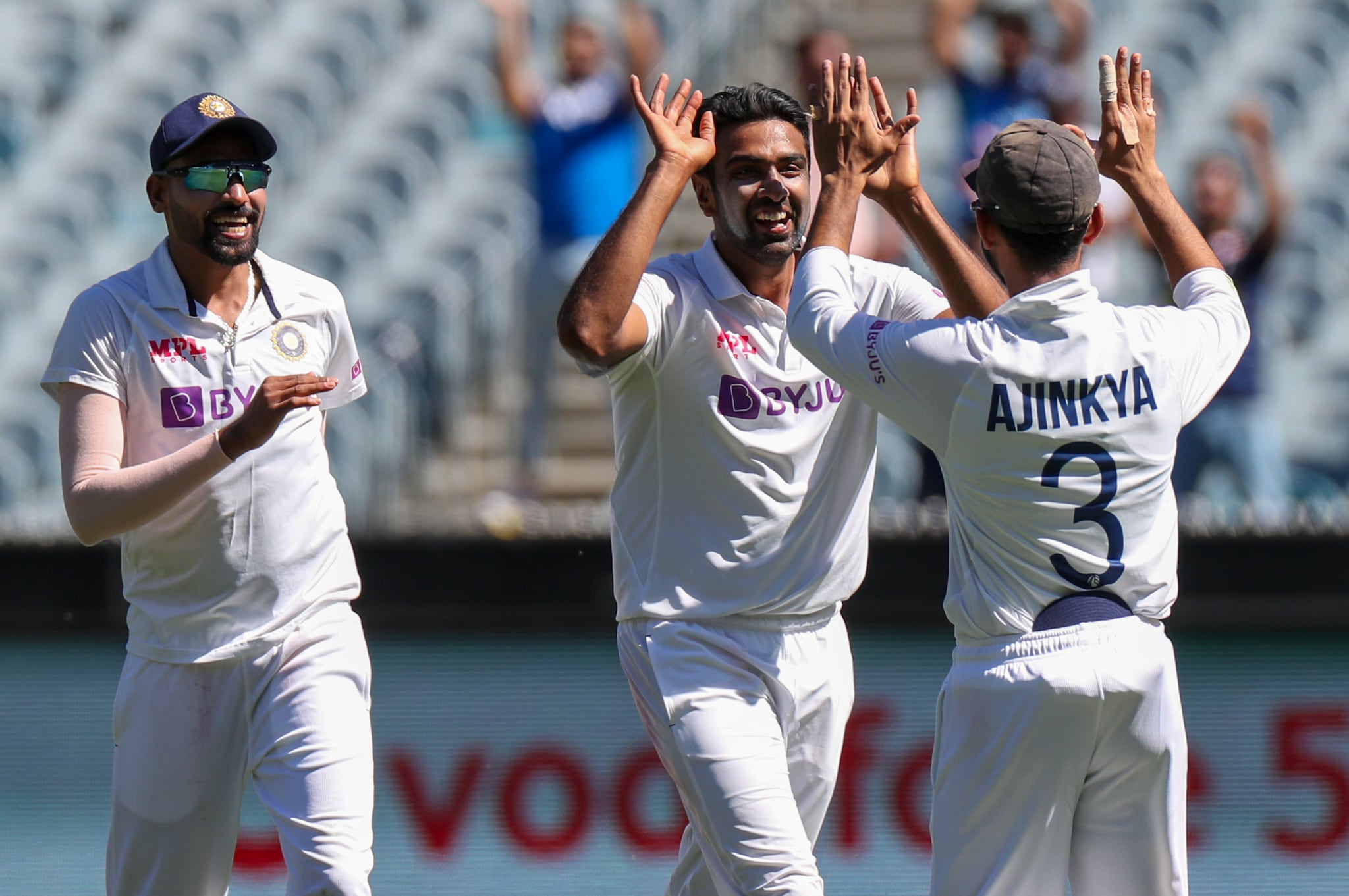 Ashwin’s record comes during the ongoing second Test at the MCG on day four. The 34-year-old spinner became the sixth bowler in the long format of the game to dismiss most left-handers. Australian Josh Hazelwood became Ashwin’s 192nd scalp when he dismissed him for 10 to help Team India bowl out Australia for 200 in the second innings. Left-hander Hazelwood’s wicket places Ashwin in an elite club of bowlers with most southpaw dismissals in the history of Test cricket.

This unique record was earlier held by Sri Lanka’s spin wizard Muralitharan who dismissed 191 left-handers in his legendary career. Other than Muralitharan and Ashwin, the list also includes England pacer James Anderson (186) who is third on the list, followed by Aussie greats Glenn McGrath (172) and Shane Warne (172). It also includes former Indian skipper Anil Kumble, who is fifth on the list with 167 left-handers’ dismissals.

Coming back to the ongoing Boxing Day Test at the MCG, Australia resumed for 133 for six. Jasprit Bumrah struck early to dismiss Pat Cummins at 32, which also broke a 57-run partnership with Cameron Green. Mohammed Siraj then dismissed Green for 45, followed by Nathan Lyon at 3. Ashwin stepped in to wrap the innings by having Hazelwood bowled at 10.

The hosts lost their last four wickets in their extended first season on Tuesday. They managed to add just 67 runs to their overnight score of 133 for six to set India a mere 70-runs to win the second Test and level the four-match series.

T Natarajan in Line for Test Debut as Umesh Yadav Unlikely to be Fit for 3rd Test?

Siraj was the pick among the Indian bowlers as he took three wickets for 37, while Bumrah, Ashwin and Ravindra Jadeja picked a couple each. Umesh Yadav got one wicket in his 3.3 overs in this innings before retiring with a calf injury.