Ravindra Jadeja was pretty chuffed about running Steve Smith out with a direct hit in the ongoing third Test against Australia and called it his "best ever" fielding effort. 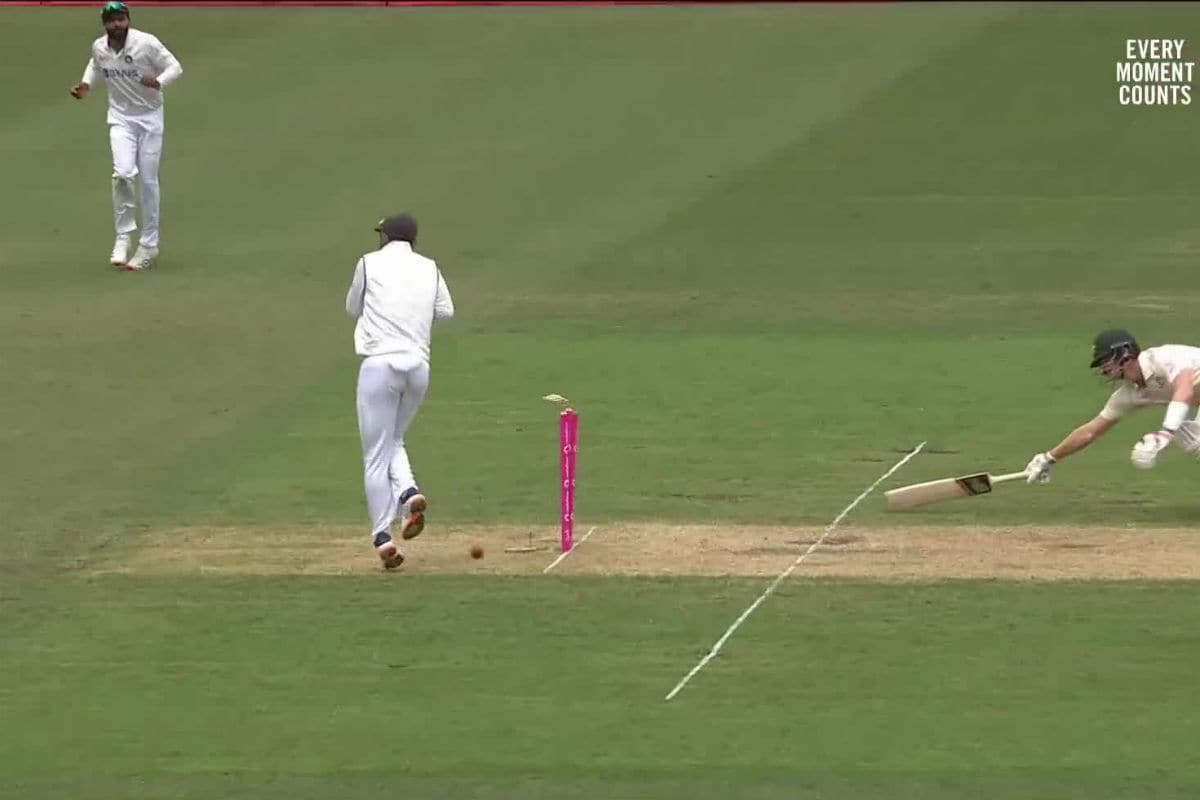 India's Ravindra Jadeja was pretty chuffed about running Steve Smith out with a direct hit in the ongoing third Test against Australia and called it his "best ever" fielding effort which he can watch any number of times. Smith, who was batting on 130 and was in a mood to slog every ball in company of No.11 batsman Josh Hazlewood, couldn't beat a direct throw from Jadeja, who sprinted from his deep square leg position and effected a direct hit with throw reminiscent of the great Kapil Dev during his heydays.

Asked what will he like to watch, the four wickets he got or the run-out, the senior all-rounder replied: "I will rewind and play this run-out as this is my best effort. A direct hit from outside the 30-yard circle and that's like a moment that gives you that satisfaction."

"Three or four wicket hauls are fine but this run-out will stay with me," said the Saurashtra all-rounder.

Jadeja has been a live wire on the field during this tour with some fantastic catches like the one he took running backwards at the MCG to dismiss Matthew Wade or this run-out at a crucial juncture when Smith could have added an extra 25 to 30 runs.

It was a fascinating Day 2 in the second Test between India and Australia at the Sydney Cricket Ground (SCG) on Friday. A total of 268 runs were scored and 10 wickets were lost in the day's play which saw fortunes fluctuating from one team to the other.

Steven Smith's 27th Test hundred dominated the day but the Indian bowlers did well to bowl out Australia for 338. At close of play, India were 96 for 2 with Cheteshwar Pujara and Ajinkya Rahane at the crease.

The day started with Australia resuming their innings on 166 for 2 after a rain-hit start on Thursday. Marnus Labuschagne, overnight on 67 and Steven Smith, unbeaten on 31 went about their business as usual and soon put together the second hundred partnership of the Australian innings - off 220 deliveries.

The visitors were given a great start by Rohit Sharma and Shubman Gill. Both of them got a flurry of boundaries, played the pull shot to perfection and had time to play the fast bowlers.

However, just when it looked that India had fought back and dominated Day 2, Josh Hazlewood saw the back of Rohit dismissing him for a patient but confident 26. India had lost their first wicket with the score at 70.

In Pics: Steve Smith Roars Back To Form With 27th Test Century

It was an unusually solid start for India overseas in their recent Test history. Gill again impressed with a fine fifty - a knock which included some sublime boundaries - before falling to Pat Cummins near the close of play.

Pujara and Rahane were very watchful and ensured no further damage to India who ended Day 2 on 96 for 2.