India will clash with hosts Australia in the all important Boxing Day Test at the MCG from the 26th of December. 1-0 down in the series after the drubbing in Adelaide, India will look to bounce back at the iconic venue. India will draw inspiration from their win in Melbourne in 2018 which gave them a 2-1 lead and remained the final scoreline of the series.

We look at some important records and milestones which might be broken or set in Melbourne during the course of the next few days. Also, we look at some impressive stand out numbers at the MCG. Ravindra Jadeja has scored 1869 runs and picked 213 wickets in 49 Tests. If he manages to score 131 runs in the series, he will join a select Club of 20 players (including 4 Indians - Kapil Dev, Kumble, Ashwin and Harbhajan) to take the double of scoring at least 2000 runs and picking a minimum of 200 Test wickets.

9: Number of Wickets Needed by Nathan Lyon to Reach the 400 Club

Nathan Lyon has a tally of 391 wickets in 97 Tests at 31.68 apiece. If he does reach the milestone during the series, he will become only the sixth-spinner in Test cricket history to do so. The famous five before him are Muttiah Muralitharan, Shane Warne, Anil Kumble, Rangana Herath and Harbhajan Singh. 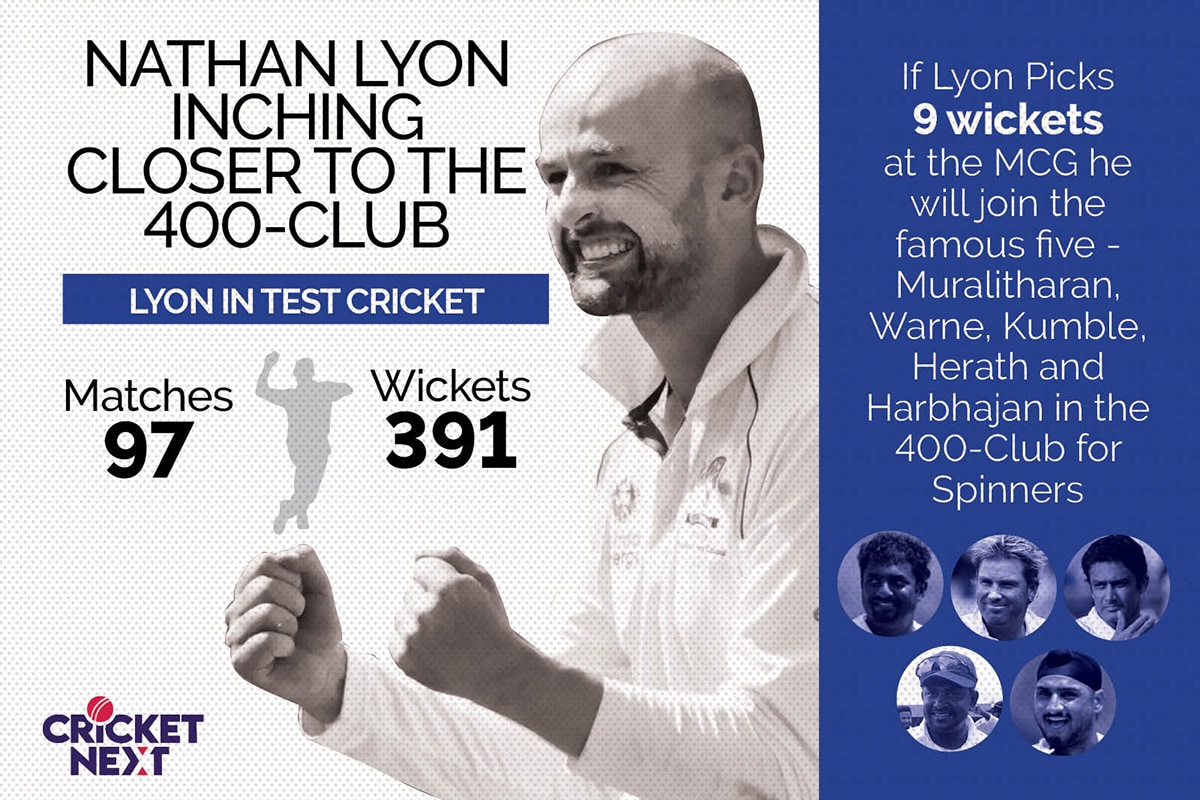 Marnus Labuschagne has had a great start to his Test career and has scored 1512 runs in just 25 innings at an average of 60.48. If he has a great series and scores another 488 runs he will become the second-fastest in the history of Test cricket to reach 2000 Test Runs. Labuschagne would have reached the landmark in a maximum of 31 innings. Don Bradman reached the milestone in 22 innings while George Headley who follows took 32 innings.

Smith has the potential to go past many Australian legends in the series against India. Border had registered 27 hundreds, Clarke - 28, Bradman - 29 and Hayden - 30. A really good series and Smith can go past all of them!

Pat Cummins has picked 18 wickets in 3 Tests (5 innings) at the MCG at 16.16 apiece at a strike rate of 36.3, including two five-wicket hauls. His best figures (in an innings) came against India, albeit in a losing cause, in the second innings in 2018 when he returned with 6-27 in 11 overs. 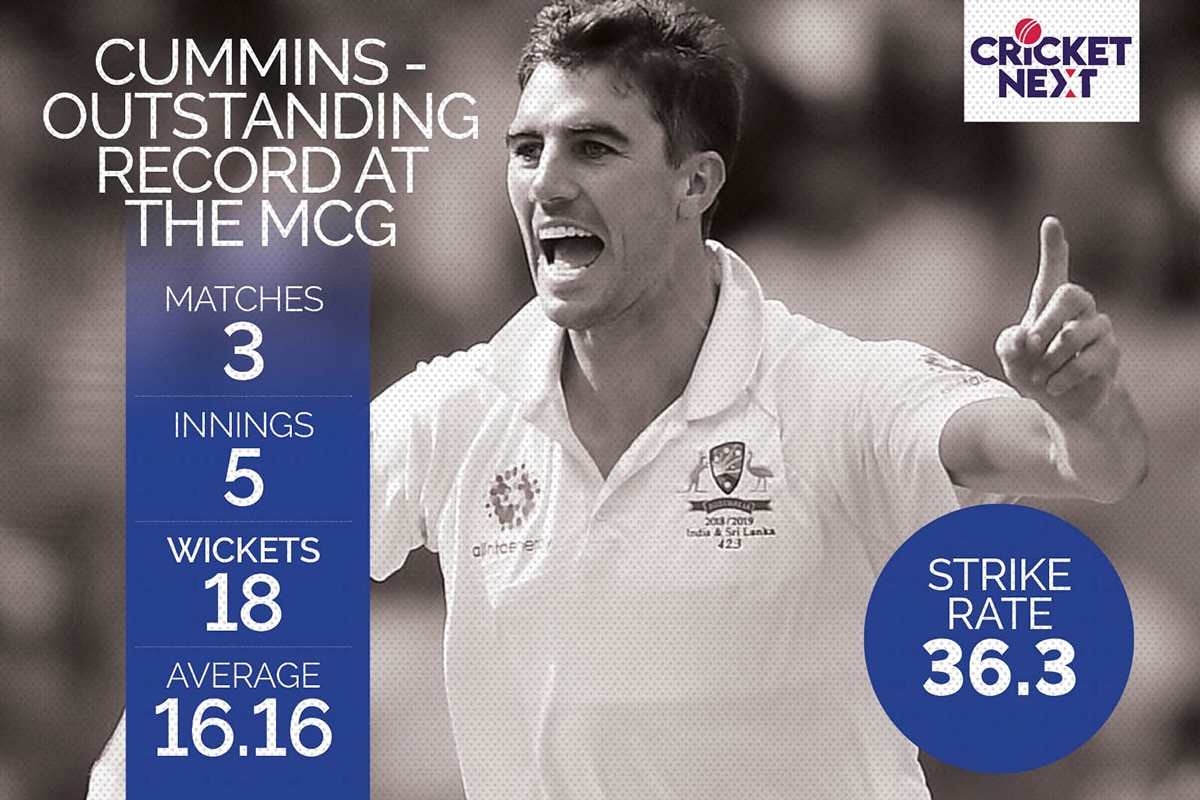 Smith would become the 9th batsman in history to score 1000 runs at one of the most iconic grounds in world cricket - the MCG - if he scores 92 in the Boxing Day Test against India. Smith would have achieved the feat in just 8 Tests.

3: Number of Wickets Needed by Umesh Yadav to Reach the 150 Mark

Umesh Yadav has picked 147 Test wickets in 47 matches at 30.45 a piece at a strike rate of 51.2. His numbers since 2017 are startling! Umesh has been in devastating wicket-taking form in the last 4 years with 79 wickets in 21 Tests at an average of 23.15 and strike rate of 41.3 - it is the second-best strike rate for any bowler (min. 50 wickets) after Kagiso Rabada in the world in this time-frame.

2: Number of Wickets Needed by Starc to Reach the 250 Mark

Mitchell Starc has a tally of 248 wickets in 58 Tests at an average of 26.78 and strike rate of 48, including 13 five wickets in an innings. If he takes two wickets at MCG, Starc would have made it to the 250-Club in 59 Tests which would make him quicker to the landmark than some other Australian fast bowling greats like McDermott (62 Tests), Brett Lee (62) and Gillespie (68).