India vs Australia T20I Series Preview: In David Warner's absence, India will get an ample opportunity to make early inroads when they take the field against Australia in the first T20 International. 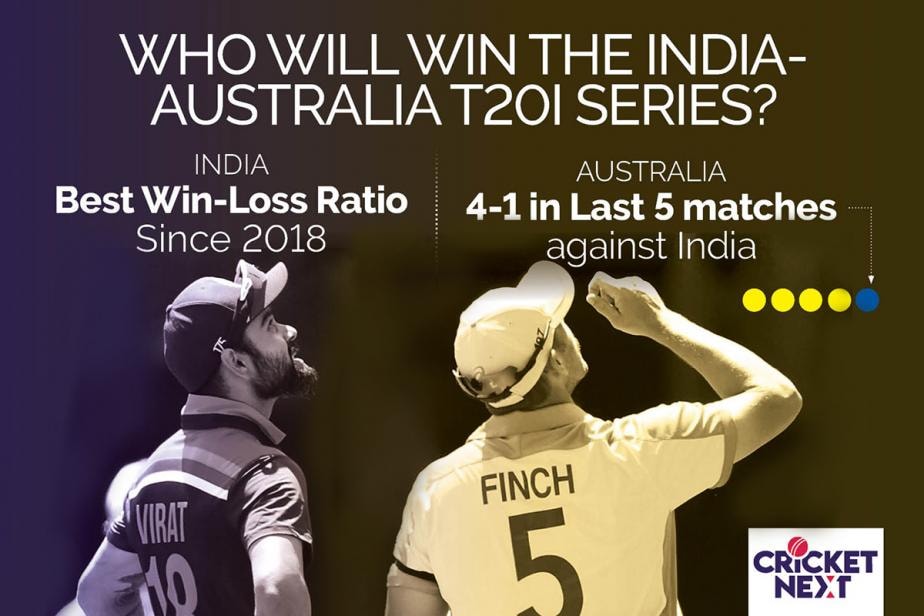 India vs Australia T20I Series Preview | India would start as definite favourites if their tour to Australia started with the T20I series. Several Indian players had a great Indian Premier League (IPL) 2020 in the UAE - KL Rahul was the highest run-scorer, Mayank Agarwal scored big and at a quick rate, Virat Kohli, though not at his best still contributed significantly, Shikhar Dhawan's transformation from anchor to aggressor saw him pile more than 600 runs in the competition, Hardik Pandya showcased why he is one of the best finishers in limited overs' cricket, Jasprit Bumrah and Mohammed Shami were amongst the best fast bowlers of the tournament, Yuzvendra Chahal was RCB's playmaker in the middle overs and Washington Sundar was brilliantly restrictive, both in the powerplay and the middle overs.

On the contrary, barring David Warner and Marcus Stoinis, the rest of the Australian superstars fared poorly in the IPL. The Australian skipper, Aaron Finch registered six below-20 scores and had a strike rate of 111.2, Glenn Maxwell had an absolute shocker and did not hit a six in the 11 innings he batted in the tournament - he did not score a fifty and had a terrible strike rate of 101.88 in the competition.

David Warner scored big but was not at his destructive best and Pat Cummins had a poor strike rate till the final few matches in the tournament.

But as it panned out, the ODIs preceded the T20I series and Australia piled on the runs with the return to form of their two heavyweights - Finch and Maxwell. Steven Smith gave a masterclass in ODI batting in the first two matches while Adam Zampa trumped his more famous Indian counterpart, Yuzvendra Chahal with his leg-spin variations.Thus, while India has the better historical record and T20 form, Australia will have the confidence after winning the ODI series and also a better understanding of the local conditions.

What's at Stake and T20I Form

With the T20 World Cup in India less than a year away, both teams would want to build a squad and settle their permutations and combinations. India are unbeaten in their last 6 T20I series (they have won five of these) - from the 3-0 drubbing of the West Indies in August, 2019 to their sensational 5-0 sweep in New Zealand in January, 2020. Australia were beaten 2-1 in England but had won their 4 previous bilateral series including wins in South Africa and India.

India would also want to win the series and square up the contest before the start of the Tests later in December. A win for Australia would give them the psychological advantage going into the Test series.

Historical Record and Head to Head​ 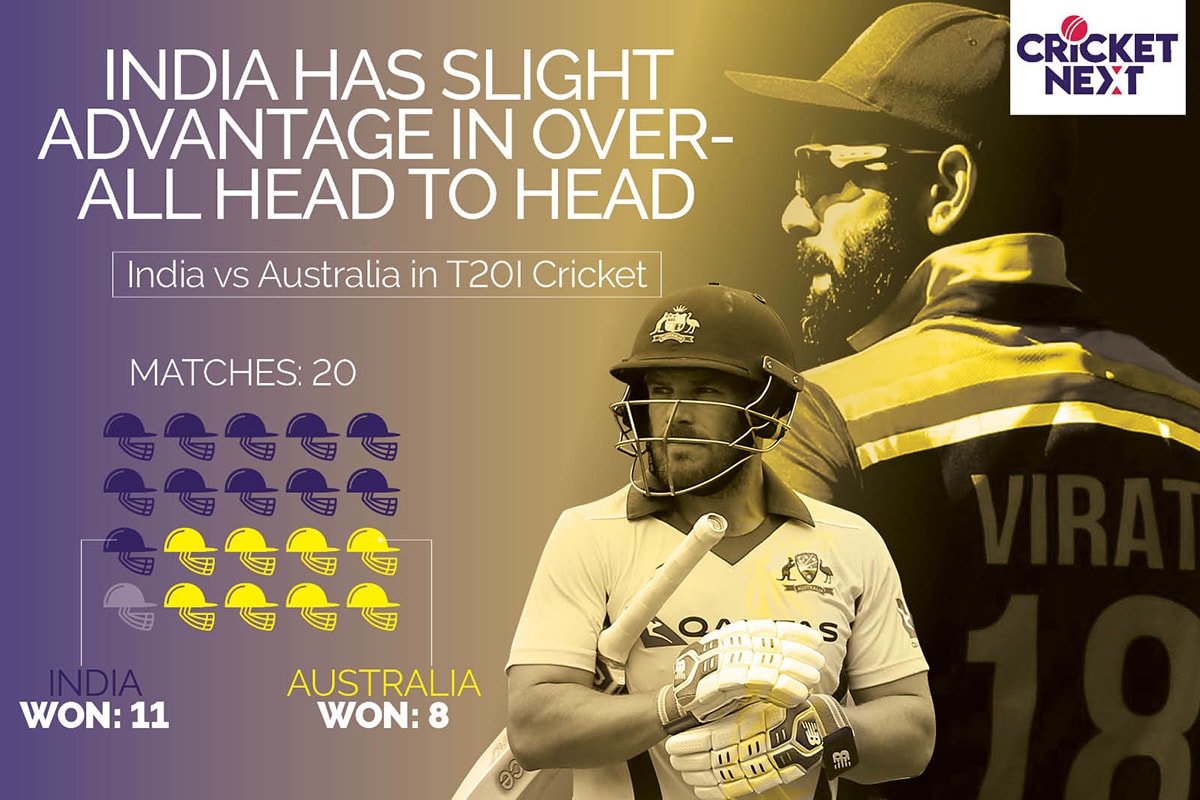 Last 5 Matches: Australia hold the advantage in the last five matches with a 4-1 record against India.

In the absence of Rohit Sharma, Virat Kohli and KL Rahul will hold the key to India's batting fortunes in the series. Kohli is the highest run-getter in T20I history and has a brilliant record against Australia. Rahul has an aggregate of 1003 runs at an average of 43.6 and strike rate of just over 145 since 2018.

India will open with Rahul and Dhawan and may slot Manish Pandey, who had a decent run in the IPL, at number 5. Hardik and Jadeja walk in at number 6 and 7 on the back of impressive performances in the ODI series.

Kuldeep Yadav may get the nod ahead of Chahal. The Chinaman bowler has an excellent record in T20I cricket (in contrast to his record in the IPL) since 2018 having picked 27 wickets in just 12 innings at an economy rate of just 6.77! India may also want to try Washington Sundar who was very restrictive in the powerplay in the IPL. T Natarajan is expected to make his T20I debut.

Finch, Smith and Maxwell will be Australia's Big 3 in the batting line-up. The Australian captain has scored 982 runs at a strike rate of almost 163 in 31 matches since 2018. Maxwell has an average and strike rate of above 40 and 150 in this time-frame.

Andrew Tye is Australia's leading wicket-taker in T20I cricket in the last three years with 31 wickets in just 18 innings in this time-frame. He could get the nod ahead of Mitchell Starc at Canberra. Ashton Agar could be their playmaker in the middle overs with the ball. He has picked 29 wickets in 25 matches at an excellent economy rate of 6.62 since the beginning of 2018. It is the highest in the India-Australia T20I rivalry. Kohli has amassed 584 runs in 15 innings against Australia at an average of 64.88 and strike rate of 147.1, including 6 fifties.

5.68: Adam Zampa has an excellent economy rate against India

WHAT: India vs Australia 1st T20I