Back to News18
Home » Cricket Home » News » India vs Australia: Trouble Mounts for India as Navdeep Saini Taken for Scans After Groin Injury

India vs Australia: Trouble Mounts for India as Navdeep Saini Taken for Scans After Groin Injury

In another blow to India, pacer Navdeep Saini, who is playing in the fourth Test against Australia at Brisbane, seemed to have injured his hamstring. It happened during his eight over, while bowling to Marnus Labuschagne, that he did the damage. Just on the previous ball, he had nearly claimed the wicket of Labuschagne, but skipper Ajinkya Rahane missed a simple catch. 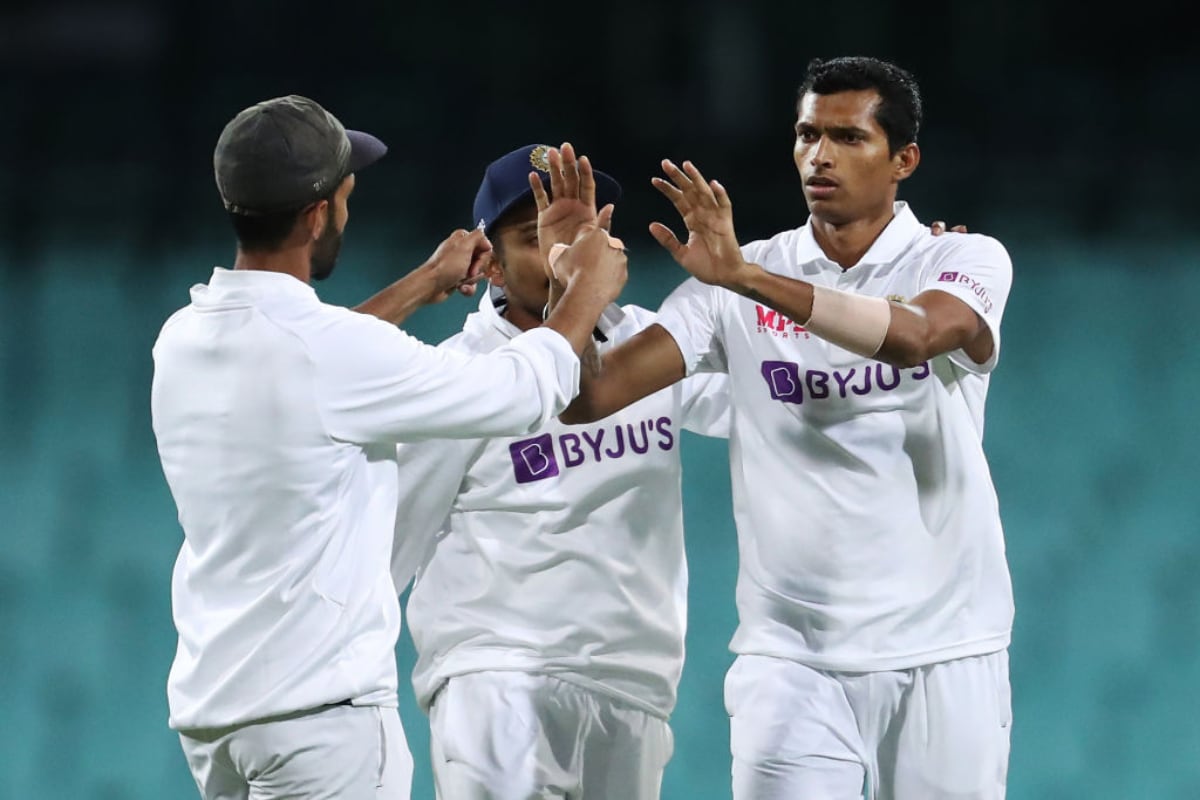 In another blow to India, pacer Navdeep Saini, who is playing in the fourth Test against Australia at Brisbane, seems to have injured his groin. After initially coming back after a break, he returned to the pavilion. The injury is certainly a bad one, and has gone for scans now.

The incident happened during his eighth over, while bowling to Marnus Labuschagne. Just on the previous ball, he had nearly claimed the wicket of Labuschagne, but skipper Ajinkya Rahane missed a simple catch.

Rohit Sharma bowled his remaining over. This could be a major issue for already depleted India squad and will also raise questions over there match fitness. While the bowler did comeback on the field, he again rushed back to get some treatment.

Earlier, Australia on Friday morning reached 65/2 at Lunch, losing both their openers cheaply on the opening day of the fourth and final Test against India at The Gabba.

At the end of the first session, Marnus Labuschagne and Steve Smith remained unbeaten at the crease on their respective scores of 19 and 30.

Electing to bat, the hosts didn't get off to a good start as both David Warner and Marcus Harris went back to the dressing room with just 17 runs on the scoreboard.

Warner was the first wicket to fall as he got caught in the slips in the very first over of the innings bowled by Mohammed Siraj. Rohit Sharma took a good, low catch at second slip to send the left-handed batsman back in the Australian dressing room at his individual score of just 1.

Harris, playing his first match of the series as he replaced injured Will Pucovski, then tried to stitch a partnership with Labuschagne but got out caught on the first ball bowled by Shardul Thakur in the ninth over. At his individual score of 5, Harris was caught as square leg by Washington Sundar.

However, Labuschagne and Smith took control over the innings and stitched an unbeaten 48-run partnership as Australia went into the Lunch break without losing any further wickets.

India have made as many as four changes in their playing XI which last featured in Sydney. Jasprit Bumrah, Hanuman Vihari, Ravichandran Ashwin and Ravindra Jadeja have been left out because of their respective injuries and have been replaced by debutants T Natarajan and Washington Sundar and Thakur and Mayank Agarwal.