India vs Australia: Team India To Sport A Retro-inspired Jersey For The Upcoming Tour Of Australia

Team India’s Tour of Australia 2020-21 will begin with a three-match ODI series, which will commence from November 27, while the Test leg begins on December 17 in Adelaide. 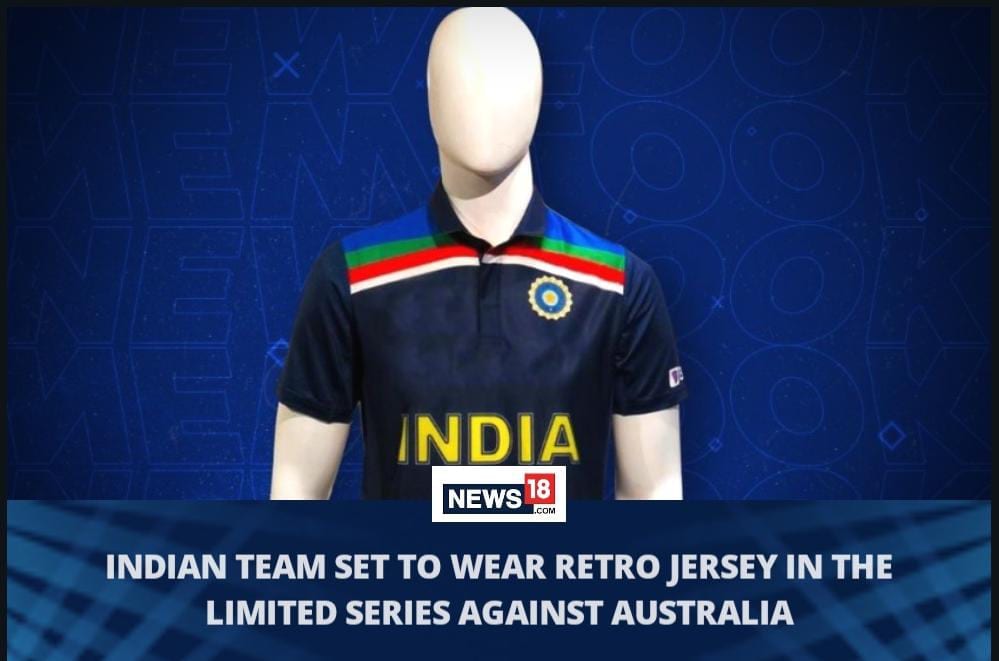 As the 13th edition of the Indian Premier League (IPL) 2020 came to an end on Tuesday, cricket fans are now eagerly waiting for the Indian cricket team's tour of Australia. The much-anticipated series between India and Australia will see the national squads clash in a series of Test matches, ODIs and a T20 Internationals.

Team India will directly fly from Dubai to Sydney and the tour will kick start with a limited overs game which will be played in Sydney. With all the details finalised, there’s always some speculation regarding the team’s attire during the series.

According to a report in Outlook, Team India are reportedly set to sport a new jersey for the limited overs games. The new jersey has been designed in a retro theme. The new jersey kit will have a navy-blue shade, which is a shift from the usual sky-blue tone that the team has been accustomed to in recent years. The new navy-blue jerseys will also sport the name of the new kit sponsor MPL. BCCI’s new kit sponsor MPL Sports replaced Nike in a new three-year deal worth Rs 120 crore and revenue share.

BCCI in a tweet posted photos of Team India in PPE overalls which are of the same colour scheme and captioned it as, “Let’s embrace the new normal,” with a flexing biceps emoji.

The Australian side too will sport a specially designed indigenous jersey for the T20 series. The new jersey has been designed to recognise and encourage Indigenous Australians’ role in the sport.

The Australian men's team will celebrate our First Nations people this summer by wearing this incredible Indigenous playing shirt for the entirety of the #AUSvIND Dettol T20 series! 🖤💛❤️ pic.twitter.com/GmD36G8XoC

Cricket Australia Tweeted a photo of the new jersey and wrote that the Australian men’s team will sport the new jersey to celebrate their First Nations people by wearing the Indigenous playing shirt for the upcoming T20 series against India.

Team India’s Tour of Australia 2020-21 will begin with a three-match ODI series, which will commence from November 27, while the Test leg begins on December 17 in Adelaide.