Jaffer took to the microblogging site and lauded Ravindra Jadeja on his brilliant piece of fielding which was responsible for the dismissal of Steve Smith in the third Test against Australia in Sydney. 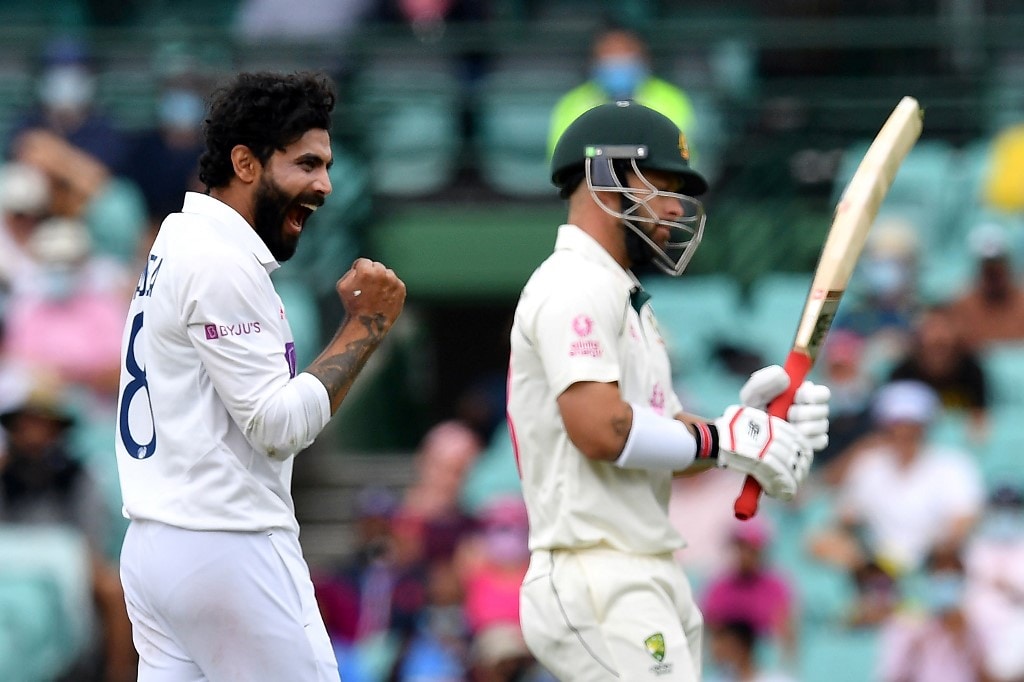 Former Team India opener Wasim Jaffer, who is one of the most active people on social media, shared another post in his unique style. Jaffer took to the microblogging site and lauded Ravindra Jadeja on his brilliant piece of fielding which was responsible for the dismissal of Steve Smith in the third Test against Australia in Sydney. Jaffer, known for his interesting social media posts, came up with a famous dialogue from a Hindi movie to praise Jadeja’s skills.

The dialogue is from Sanjay Leela Bhansali’s movie Bajirao Mastani which had Ranveer Singh and Deepika Padukone in lead roles.

The former opener shared a snapshot with his tweet that shows the run-out. As usual his post has gone viral as it garnered more than 26,000 likes and has close to 2,000 retweets within hours of posting.

During the course of the match, Australia kept losing wickets, while on the other end Steve Smith held on to register his first century of the year. Smith took the Indian bowlers head-on as he smashed a couple of boundaries off Navdeep Saini and Ravindra Jadeja before a brilliant piece of fielding ended his 131-run streak from 226-balls.

Smith in his quest to retain strike was coming back for a second run in Jasprit Bumrah’s over. However, Jadeja sprang into action from square leg and in one swift move picked up the ball and hit the wickets at the striker’s end which caught Smith short of his crease.

Jadeja also starred with the ball as India bowled out Australia for 338 runs in the first innings of the third Test at the SCG. The all-rounder played a crucial role picking up four wickets from his 16 overs while giving away 62 runs.

He first removed Marnus Labuschagne, who missed his fifth century by nine runs. The all-rounder then followed it with the wicket of Matthew Wade. Jadeja went on to scalp the wickets of Pat Cummins and Nathan Lyon too.

India are trailing by 242 runs in their first innings, as openers Rohit Sharma (26) and Shubham Gill (50) gave the visitors before losing their wickets. Cheteshwar Pujara and skipper Ajinkya Rahane were at the crease at the end of Day 3.