Cheteshwar Pujara came in the firing line of a barrage of short balls from Australia pacers as India battled on in the fourth innings chasing teh target of 328 in Brisbane. 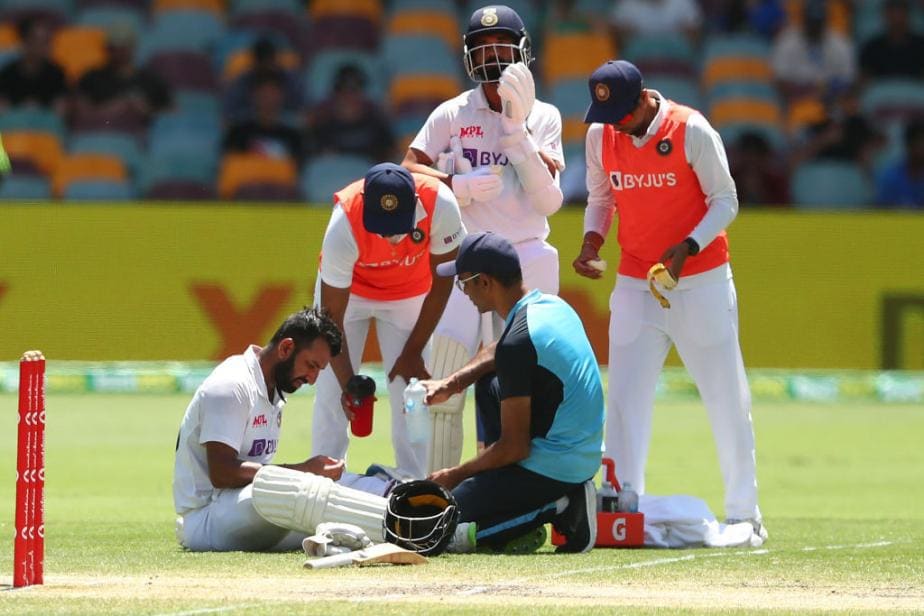 Cheteshwar Pujara came in the firing line of a barrage of short balls from Australia pacers as India battled on in the fourth innings chasing the target of 328 in Brisbane.

Pujara was hit on the helmet twice, biceps once and received a nasty blow on the finger but battled through it all. The hit on the finger will worry Pujara and India in the immediate future, for the home Test series against England is not too far away. Pujara was in tremendous pain as the physio attended to him; it was likely the same finger in which he received a blow in the nets ahead of the Sydney Test.

Ouch! Pujara rips his glove off after copping one flush on the glove!

He's facing a barrage at the moment but he keeps continuing #AUSvIND pic.twitter.com/4vvTn6l1Bm

Pujara cops another ball on the arm.

This is well directed short bowling 🎯

Pujara is getting checked by the doctor after this Cummins delivery got him in the back of the helmet #AUSvIND pic.twitter.com/37bSIFbDGZ

Pujara walked in at 18 for 1 with Rohit Sharma falling early in the day. He was in a 114-run stand with Shubman Gill, who made a sparkling 91. Pujara came in the firing line of Australia's pacers, Pat Cummins in particular, before lunch. The strategy continued after the break as Pujara continued to be uncomfortable, but battled on.

India will hope Pujara'a finger injury isn't too serious. The squad for the England series is set to be picked this evening.