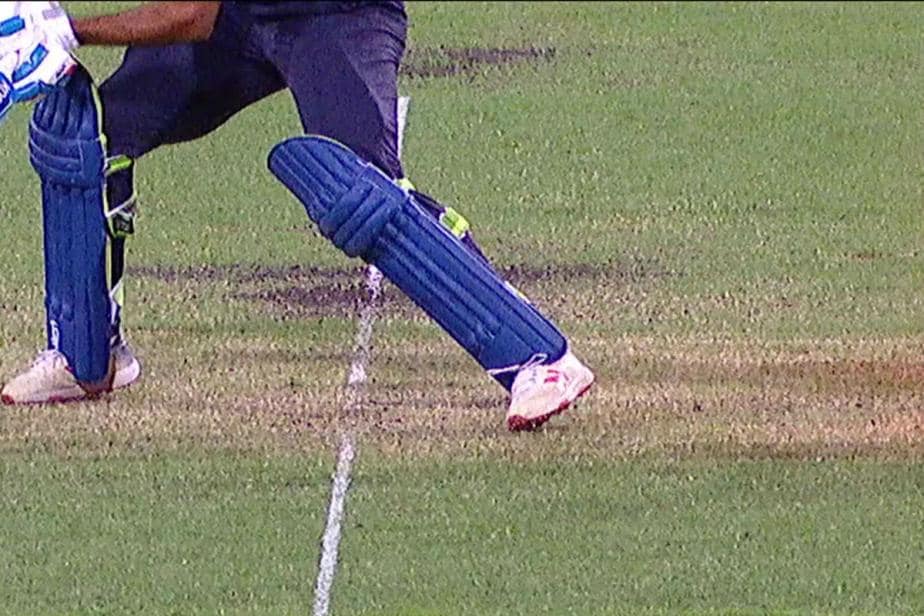 Team India is putting up a great show in the series against Down Under and are leaving no stone unturned to register wins. But the team is missing the services of a few key players. But the team is enjoying the challenge there. The Aussies are also pushed to their limits in the matches. But both the teams are displaying great sportsmanship.

Team India is putting up a great show in the series against Down Under and are leaving no stone unturned to register wins. But the team is missing the services of a few key players. But the team is enjoying the challenge there. The Aussies are also pushed to their limits in the matches. But both the teams are displaying great sportsmanship.

During the second T20I at the SCG, while Shikhar Dhawan was batting -- a hilarious incident transpired, where Matthew Wade tried to stump the batsman. Dhawan tried to cut the ball, but missed it by a mile, and Wade was quick enough to dislodge the bails. But luckily for the batsman, he had brought his foot back in the crease in time.

It was then that the stump mic caught Wade saying, "Not Dhoni, not quick enough like Dhoni!" Both the players enjoyed a good laugh after that.

Earlier, stand-in skipper Matthew Wade led from the front with a blistering half-century and powered Australia to 194 for five against India in the second T20 International here on Sunday. Leading the side in the absence of an injured Aaron Finch, Wade smashed 58 off 32 balls while Steve Smith made a breezy 38-ball 46 after India opted to field.

For the visitors, T Natarajan finished with fine figures of 2/20 in his four-over spell. Australia accumulated 62 runs in the last five overs after a few tight middle overs. Wade started the Australian innings on a rousing note, launching into a flurry of boundaries and a six against an Indian attack that lacked in experience with the exception of Yuzvendra Chahal.

Wade collected 13 runs off the first over, pulling, driving and paddle sweeping Deepak Chahar for three fours. Bowling the second over, off-spinner Washington Sundar was hoicked over deep square leg for a six as the hosts looked to set a big total. Shardul Thakur was welcomed into the attack with a boundary, smashed off the hip by the in-form Wade.

Sundar conceded 15 runs in the fourth over and then Wade scored 12 off Thakur as the hosts raced past 50 in the sixth over at the Sydney Cricket Ground whose shorter square boundaries aided batsmen. However, the introduction of Natarajan into the attack saw Australia losing their first wicket in the form of D'Arcy Short.

Least perturbed by the dismissal, Wade continued to bat aggressively and brought up his fifty off just 25 balls with a boundary off Chahal. But the stand-in skipper got out in a comical fashion, run out after Virat Kohli dropped another absolute sitter at cover, his second in two days. As the ball headed towards Kohli, Wade gave up, walked towards the dressing room and even though he was alerted by Steve Smith of the drop, he had backed up too far by that time.

ALSO READ - Ind A vs Aus A: Prithvi Shaw Gets Brutally Trolled Again After Eight-ball Duck Against Australia A

Before that, Hardik Pandya had dropped Wade. However, the Australian onslaught continued unabated as the duo of Smith and Glenn Maxwell kept dealing in fours and sixes. Even as Smith played some innovative shots, Maxwell, in his characteristic fashion, smashed Chahal for two sixes before falling to Shardul Thakur's change of pace.

Moises Henriques joined Smith and the two carried on in the same vein before falling to Chahal and Natarajan respectively.