India may have ended the first session of Day 1 in the second Test at Melbourne in a position of strength but they very nearly gave a cheap reprieve to makeshift Australia opener Matthew Wade. 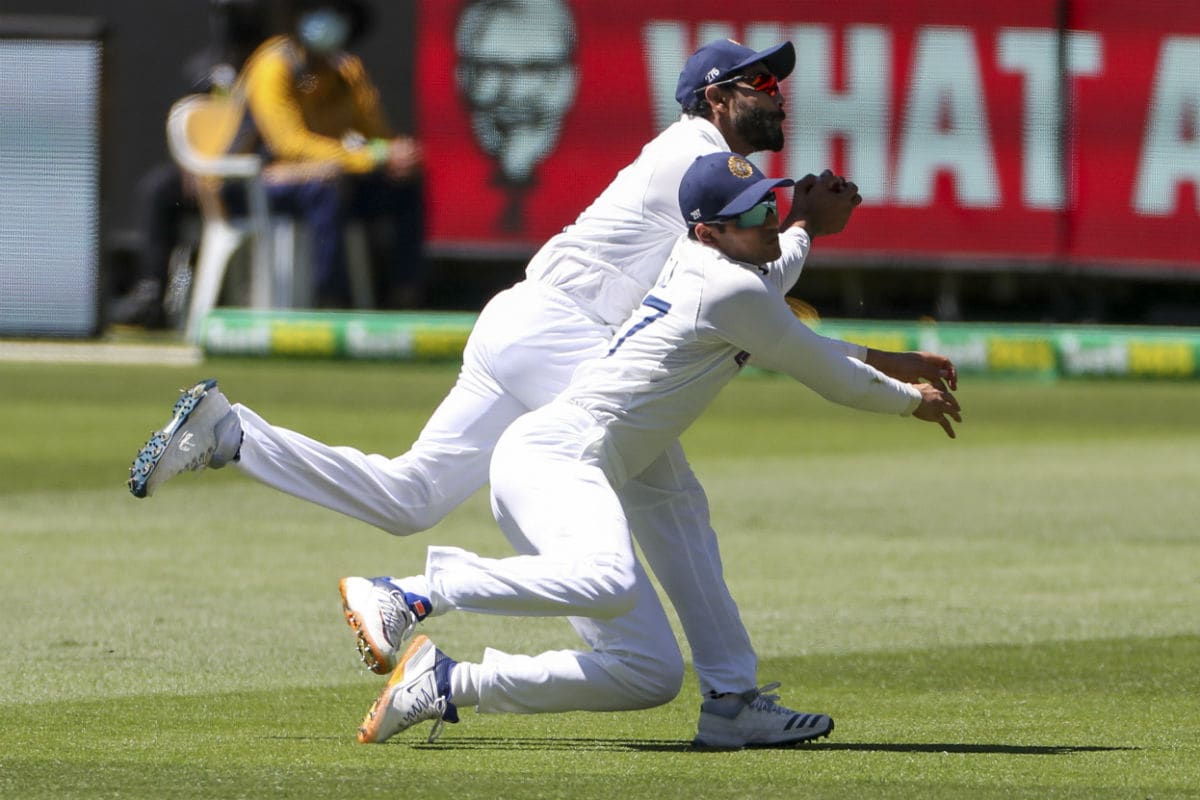 India may have ended the first session of Day 1 in the second Test at Melbourne in a position of strength but they very nearly gave a cheap reprieve to makeshift Australia opener Matthew Wade. Australia had already lost opener Joe Burns early on but Wade and Marnus Labuschagne had done well to steady the ship after his dismissal. However Wade was soon to follow his opening partner back into the dressing room thanks to what can only be described as a 'rush of blood' moment. (IND v AUS 2nd Test Live)

Wade charged down the track to Ravichandran Ashwin but only managed to top edge the ball. It looked an easy catch for Ravindra Jadeja but it wasn't, mainly due to the fact that Shubman Gill was charging towards the ball at the same time - despite Jadeja calling for the catch.

The two would eventually collide but Jadeja did well to hang on to the catch despite that. Check out the amazing bit of skill from the all-rounder below:

If there was any doubt that the Indian team may be reeling from the Adelaide debacle, the first session of the Boxing day Test at the MCG dispelled any such notions with Ajinkya Rahane's inspired captaincy and Ravichandran Ashwin's brilliant bowling reducing Australia to 65/3 at lunch on Day 1.

After losing the toss, India started well with Jasprit Bumrah sending back Joe Burns for a ten-ball duck. However, Matthew Wade at the other end took the aggressive route and targetted a wayward Umesh Yadav, who shared the new ball with Bumrah.

Also Read: 'We Had One Bad Session, But We Are Playing Well' Says Ajinkya Rahane

Debutant Mohammad Siraj had to wait to get a chance to bowl till the beginning of the second session as Rahane opted for Ashwin as his first change bowler as early as in the 11th over and the off-spinner settled into a fantastic rhythm right from the first over.

Rahane's decision reaped dividends early as Wade charged down the track to Ashwin trying to flick one over the infield but a leading-edge had him walking back for 30 off 39 balls.

Steve Smith and Marnus Labhuschagne found themselves in the middle after the first drinks break and with Ashwin getting enough purchase - both in terms of spin and bounce- he looked menacing.

Also Read: India is a Proud Cricket Country, We Prepare for a Five-Day Battle - Tim Paine

In his third over the TN bowler drifted one down leg with Smith, trying to get off the mark with a glance, found the safe hands of Pujara at leg slip/gully position.

Smith departed for a seven-ball duck and Ashwin had the Australian batting kingpin for the second time in the series.