Back to News18
Home » Cricket Home » News » India vs Australia: WATCH - T Natarajan Gets Hero's Welcome in Hometown of Salem

India vs Australia: WATCH - T Natarajan Gets Hero's Welcome in Hometown of Salem

India pacer T Natarajan, who made his debut across all formats during the recent tour in Australia, arrived in his hometown of Chinnappampatti in Salem on Thursday. 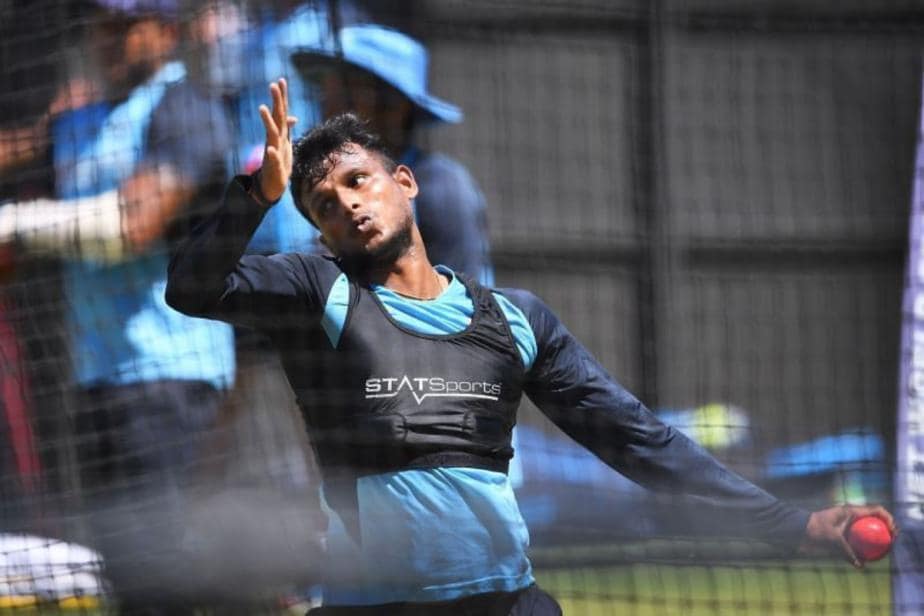 T. Natrajan gets a grand welcome

Natarajan had traveled to Australia as part of a jumbo Indian squad and with the reputation of being a T20 specialist. With 20 First-class games, 15 List-A games, and 37 T20I matches under his belt, Natarajan, who impressed in the IPL 2020 for the Sunrisers Hyderabad, would have considered lucky when he got to play the final ODI of the series after Australia had taken an unassailable 2-0 lead.

Then T20 debut, his preferred format, followed and the Salem-born did what was asked of him and even though Hardik Pandya walked away with the Man of the Series, Natarajan was widely acknowledged, even by Pandya, as the best Indian on show through the series.

On to the Test series and with two net bowlers short - BCCI had named four net bowlers but Kamlesh Nagartkoti did not travel with the team and Ishan Porel was flown back owing to a hamstring injury - Sundar stayed back, so did Natarajan.

Nattu, as is he called in the team, could have flown back for the birth of his child, but he did not. He found himself in an unwanted controversy with his name being dragged in the paternity leave privilege that regular skipper Virat Kohli availed, but not Natarajan.

Then again, what was in store for Natarajan was the stuff of dreams. India lost Shami in the first Test, Umesh in the second, and Bumrah in the third; leaving India to pick the remaining fir pacers for the Gabba Test.

A fast bowlers' paradise, India had to pick four pacers and Natarajan got the unlikely nod alongside Shardul Thakur with Navdeep Saini retaining his place and Mohammad Siraj leading the pace attack. Sundar came in for Ravichandran Ashwin, pipping Kuldeep Yadav owing to his batting prowess.

Natarajan's contribution to the team's cause was mostly to hold up one end and chip in with the occasional wicket but it capped a rapid rise that, one year ago, seemed improbable.