Back to News18
Home » Cricket Home » News » India vs Australia: 'Wear That 36 All Out Like a Badge' - R Sridhar Recalls Ravi Shastri's Words After Adelaide Test

India vs Australia: 'Wear That 36 All Out Like a Badge' - R Sridhar Recalls Ravi Shastri's Words After Adelaide Test

Team India's long-serving fielding coach R Sridhar was in the thick of things as side battled adversity after adversity before their "unreal" Test series win over a mighty Australia. 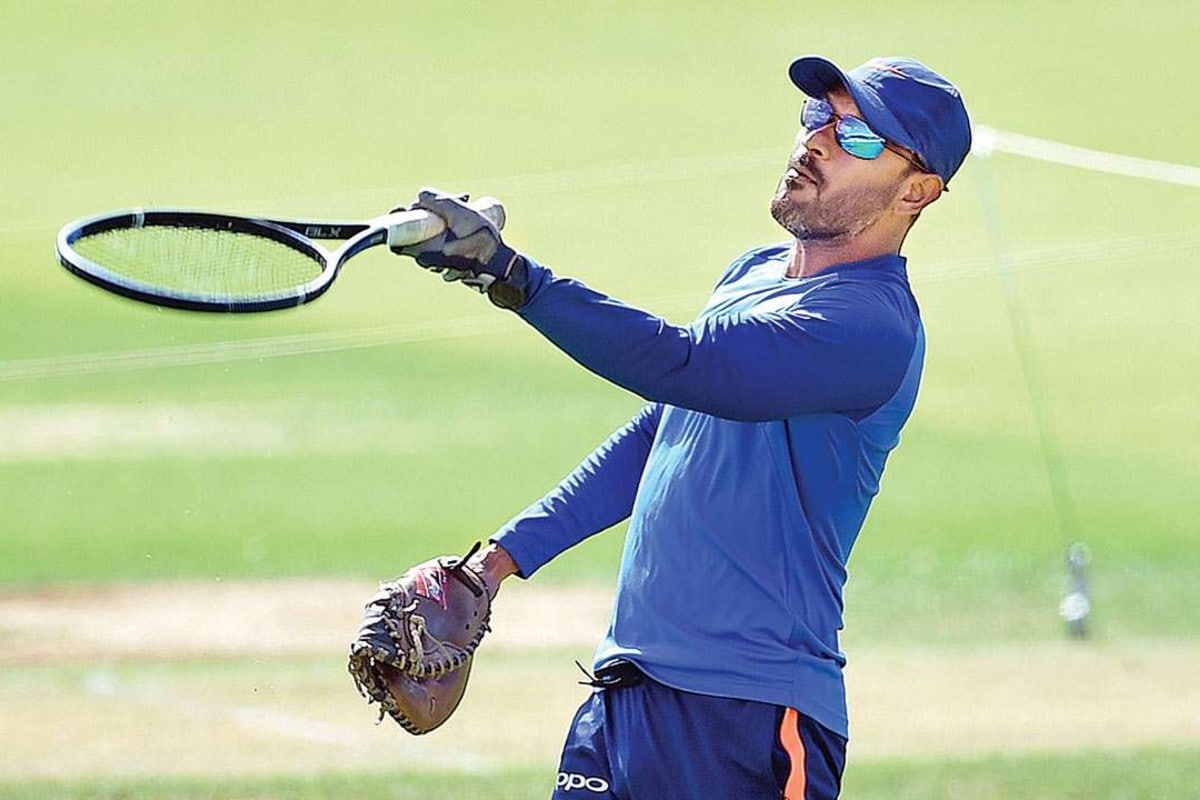 He "aged 10 years in about one hour" thanks to Rishabh Pant and Washington Sundar. Team India's long-serving fielding coach R Sridhar was in the thick of things as side battled adversity after adversity before their "unreal" Test series win over a mighty Australia. And in an exclusive conversation with PTI, he opened up about the emotional roller-coaster that the tour was.

"When Rishabh and Washy (Washington Sundar) were batting, I wasn't able to cope up with tension," Sridhar said after reaching his home in Hyderabad, still trying to calm the nerves after that surreal final day in Brisbane.

An integral part of the Indian team set-up, Sridhar opened about the tour in an elaborate chat, asserting it will be difficult to surpass what the team went through in the past one month -- from hitting the nadir to reaching the zenith.

He touched upon the many highlights of the intense trip -- from coach Ravi Shastri's inspiring speech after the 36 all-out disaster in Adelaide to Hanuma Vihari's "miracle" batting at Sydney to the stunner in Brisbane.

36 all out and the aftermath

"After 36 all-out, you didn't know what's next. Then Ravi (Shastri) bhai gathered the team and said: 'Wear this 36 like a badge on your sleeves and you will be a great team'.

"After 40 days, it was gospel truth. Also we had five meetings in two days after the Adelaide Test finished on the third evening. Virat (Kohli), Jinks (Ajinkya Rahane) and the coaching staff discussed combination and Virat gave some lovely suggestions for the MCG Test before leaving.

"I don't think there could have been a better execution in Melbourne," he recalled the events leading up to the turnaround in Melbourne, where India won to draw level.

Hanuma Vihari and the Sydney Heist

"At tea time in Sydney, Vihari had his feet stretched wide as Nitin Patel strapped his hamstring and other physio administered painkillers. I went up to him and told Vihari, 'You owe the next two hours to your team as this team has backed you at every juncture.'

"...and after those 250 balls when he came back, he could barely walk, he fell down on the chair as I went to hug him. He said: 'Sir you asked for it. This is the best I could do in this situation.' I could just mutter 'thank you.'

Sridhar said Vihari's fitness took a hit as he wasn't a part of the IPL like most other Indian players last year.

"His hamstring injury is multi-factorial. Firstly, he wasn't playing IPL like others, so general fitness level was a bit less than other guys which I told him and then he stood at short leg for three Tests which also contributed to injury. But what he did in Sydney gave us belief that we could do it in Brisbane.

"Vihari is an intense, young man. He is not your normal, jovial kind of a guy. He can go into a shell very soon, and that's his strength also and it helped him in Sydney.

"Despite being on heavy dose of painkillers, which could make you a bit drowsy, he actually pulled off a miracle in Sydney. So when we got there in Brisbane, we had the belief that we could do it."

The Brisbane Chase on final day

"We didn't want to complicate anything with Rishabh and Washy and it was their own plan. They had very valid excellent plan which was based on their abilities and belief.

"When you see what they were executing, the last thing you want to do is send in information and at such times, less is more. Ajinkya and Ravi bhai said, 'Just leave these two alone. Whatever happens, we would take it, we came so far brilliantly'."

T Natarajan didn't carry his bat or pads to the tour

"You know Nattu didn't carry a bat. He had his bowling spikes and trainers because he came as a net bowler and was supposed to bowl. He had to borrow one from either Washy or Ash (R Ashwin) when he was named in the squad.

"But that was the beauty. He was not any usual net bowler. (Strength and Conditioning coach) Nick Webb and (trainer) Soham (Desai) had proper strength and conditioning plan for all our net bowlers and they were an integral part of dressing room."

"We kept him here after white ball games because we didn't want Ash to bowl too much at the nets but Nathan Lyon was always going to be an integral part of the Aussie line-up so we needed our batsmen to get net sessions.

"We used Washy to bowl into the rough. When Washy would bowl to our top order at nets, I would go and tell him 'Washy, give the ball over-spin because that's the need of the hour on Australian pitches, up (pitching it up) and over spin as you have to put your whole body behind the ball, because it requires energy.'

"We would tell Washy, that you may not be the lead off-spinner, but when India come back again in 2025, who knows you might be leading the spin attack with Kuldeep. Also even when he was not in original squad, he would bat for 30 minutes every day."

Leadership will now be known as 'Ravi Ship'

"Before the Brisbane Test started, Ravi bhai had one mantra, 'Nattu is no less than (Jasprit) Bumrah and Washy is no less than Ashwin, and that will be your mindset'. If you two are crossing that boundary line wearing that India cap, you are no less than the person next to you.

"Please quote me, it is unfair that you needed India's greatest Test victory to understand Ravi Shastri's contribution to Indian cricket. He was Indian cricket's 'Go To Man', when NCA needed restructuring in 2007, when IPL was conceptualised, when India needed a stop gap coach in 2007 after the World Cup exit, and also in 2014 when a Team Director was needed."

And finally, a Champagne spray and game of TT

"We had a flight next morning. So first we had to pack our bags and then we went to the team room for celebration. 90 per cent people don't drink so it was just spraying champagne and then some games of table tennis which the boys enjoyed."