Batting first in the series-opener of the three-match ODI series, Dhawan and Rohit Sharma gave India a cautious start. 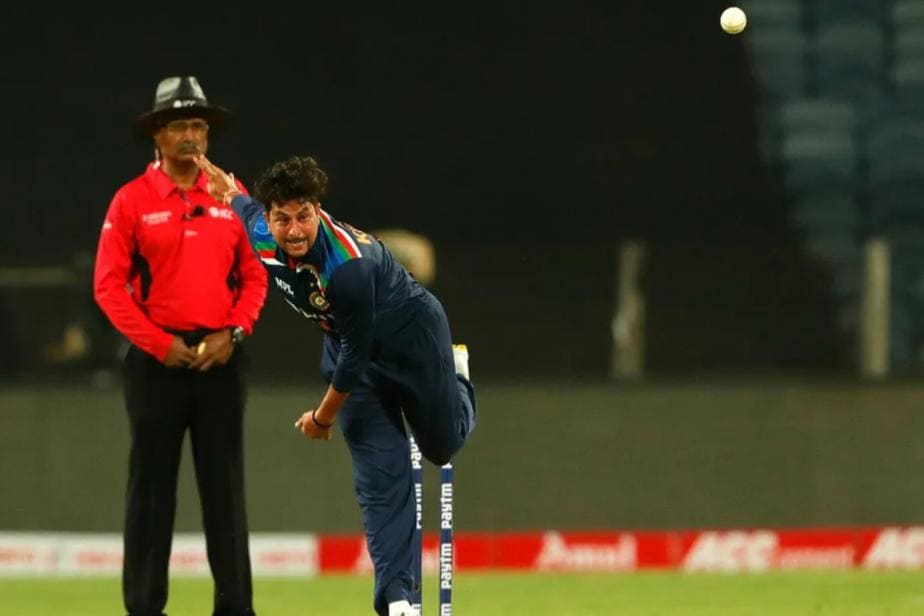 Team India and England square off in the first ODI which is currently underway at the Maharashtra Cricket Association (MCA) Stadium in Pune on Tuesday. In a bizarre incident of sorts, the umpires had to replace the official white ball used in the first innings after just 16 deliveries were bowled. It was later revealed that the ballwas severely damaged after a shot from Indian opener Shikhar Dhawan.

Prior to the match, skipper Virat Kohli once again lost the toss and England skipper Eoin Morgan invited the hosts to bat first. India included two debutants Krunal Pandya and Prasidh Krishna in the ongoing first ODI against the Three Lions.

Batting first in the series-opener of the three-match ODI series,Dhawan and Rohit Sharma gave India a cautious start. They took their time to settle down to read the conditions against England pacers. The hosts managed to score just four runs in the first two overs before Mark Wood returned to bowl the third over.

On the fourth delivery of the over, Dhawan smashed the ball towards the deep backward point and it raced away for a boundary. When the bowl was thrown back towards the wicketkeeper, the field umpires were called for an inspection. The ball had a big hole in it and eventually had to be replaced with a new one. Play resumed with the new ball, but the incident has left fans wondering on how the new ball was deformed in the first innings, that too inside three overs.

Meanwhile, after a slow start and a bizarre ball replacement, the duo of Dhawan and Sharma had a64-run stand for the first wicket. Ben Stokes drew the first blood for England, when he picked Sharma for 28. Dhawan went to score 98 runs off 106 balls which included 11 fours and two sixes, while Kohli slammed a brilliant 56 off 60 balls, as the pair added 105 runs for the second wicket. A partnership of 112 off 57 balls runs between Krunal(58) and KL Rahul (63), who remained unbeaten,took India to a score of 317/5 at the end of 50 overs.