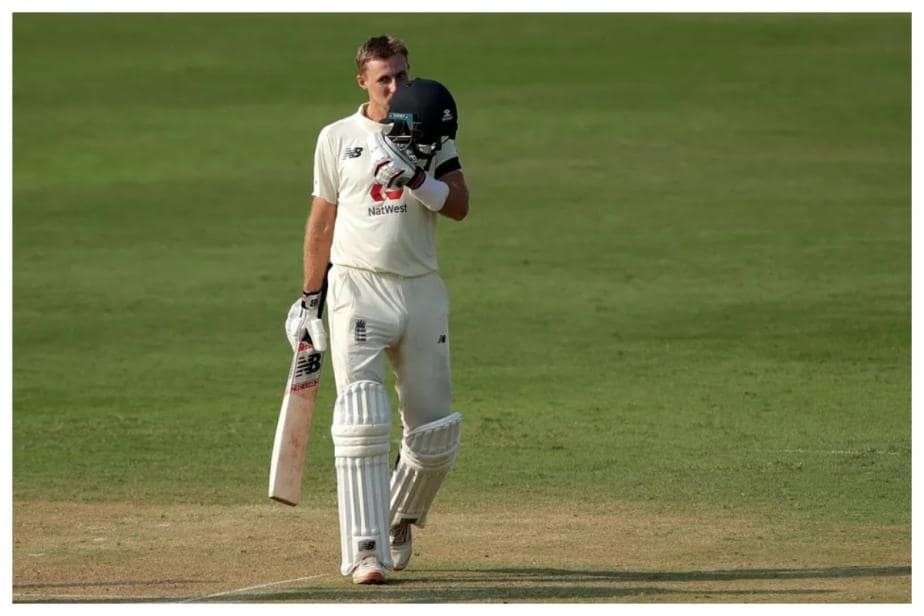 England dominated the first day of the series opener in Chennai courtesy some classic old school Test match batting by the skipper, Joe Root and opener, Dom Sibley. Root showed his class in his 100th Test and went on to remain undefeated on 128 off 197 deliveries starting cautiously and then brilliantly accelerating through the course of his innings.

England dominated the first day of the series opener in Chennai courtesy some classic old school Test match batting by the skipper, Joe Root and opener, Dom Sibley. Root showed his class in his 100th Test and went on to remain undefeated on 128 off 197 deliveries starting cautiously and then brilliantly accelerating through the course of his innings.

In Sibley he found an able partner with all the qualities of a good opener and the pair put together a 200 run stand for the third wicket as England ended Day 1 at 263 for 3 after 89.3 overs.

One of the most highly anticipated battles in this series was the one between Joe Root and R Ashwin. Root had the second-highest average for an English batsman (min. 1000 runs) in Asia prior to the start of the Chennai Test. He also had the second-best batting average against spin bowling (57.21) for a non-Asian batsman in Asia since 2002 - only after Jacques Kallis (59.1). At Chepauk today he lived up to those numbers.

Round 1: Ashwin Induces The Edges

Ashwin started confidently - his first delivery got a bit of away drift and induced Root in getting a leading edge with the ball lobbing in the air but into a gap at cover. Post Lunch he kept attacking the England captain on and outside the off stump mixing his deliveries - the conventional flighted off spin interspersed with the flatter and faster delivery. He beat Root with a quicker one with the England batsman feeling for the delivery outside the off stump. Root tried to counter attack and stepped out but was beaten in flight only to draw a leading edge to cover. So in their first battle on Day 1, Ashwin bowled 15 deliveries to Root, 12 of which were dot balls, conceded just 4 runs off three scoring shots and induced an edge at least three times. Round 1 to Ashwin.

Round 2 of Ashwin vs Root started in the 53rd over with the England captain set on 34 after having picked a few boundaries off Shahbaz Nadeem and Washington Sundar. A confident Root swept Ashwin for the first time off the very first delivery of the over. He then showed his class and got on top of a tired Ashwin pulling him away for a boundary before punching another short-pitched delivery outside off through cover point for another four. Root forced Ashwin to change his line of attack to middle and leg and defended well from the backfoot. In this phase of play till Tea, Ashwin bowled 11 deliveries to the right-hander, did not beat him even once and was taken for 10 runs.

Round 3: Tired but Ecstatic Root Makes Most Against Ashwin

Ashwin bowled just 4 overs in the post Tea session and came into bowl only after Root had recorded a fine hundred in his 100th Test. He bowled three deliveries with the old ball and nine with the new cherry to Root - ecstatic after his great hundred but also suffering from the heat, humidity and cramps. The shot which defined the third round of the Root vs Ashwin battle on Day 1 was when the England captain, down with cramps, slog swept the champion off-spinner over the mid-wicket boundary for a maximum falling on the ground in agony after playing the shot.

Root had the better of Ashwin today. After the initial trouble against the off spinner where he showed respect and was happy defending, Root was aggressive and played his shots against Ashwin mixing attack with solid defence. It was a clear strategy of studying and understanding Ashwin in the first session and then being positive against him post Lunch.

Root has now scored 1752 runs with 5 hundreds and 9 fifties in 17 Tests in Asia and his average of 58.4 is the highest for an Englishman in the region.