India vs England 2021: Bess, O'Keefe, Panesar, Krejza - Overseas Spinners Who Have Troubled India in Their Last 30 Years of Home Domination

Relatively unknown and inexperienced spinner, Dom Bess returned with 4 wickets and was the pick of the England bowlers as they reduced India to 257 for 6 in the first innings consolidating their stranglehold on the home team at close of play on Day 3 in the series opener in Chennai today. Bess got the prized wicket of the Indian captain, Virat Kohli while also removing Cheteshwar Pujara, Ajinkya Rahane and Rishabh Pant and was the Destroyer-in-Chief of the famed Indian top-middle order in their own backyard. 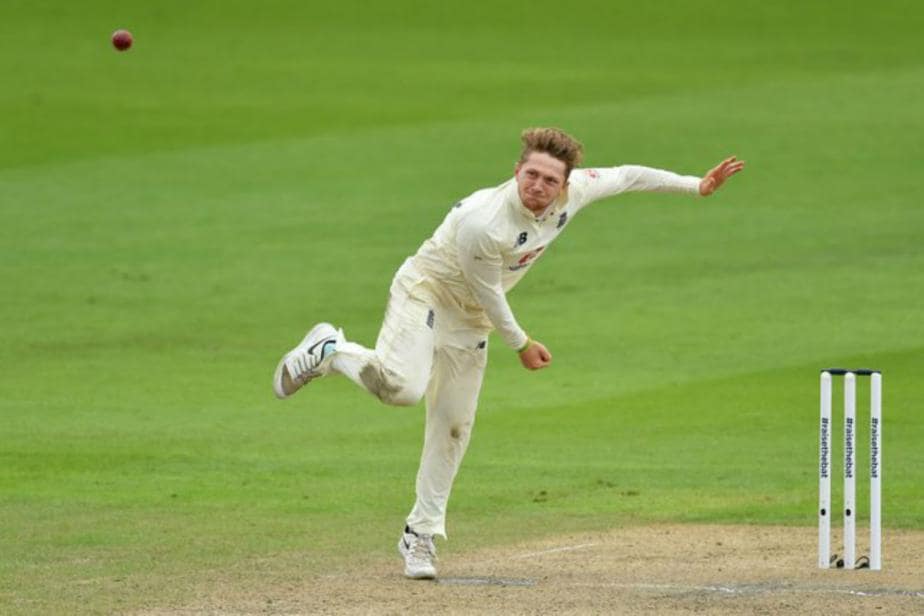 Relatively unknown and inexperienced spinner, Dom Bess returned with 4 wickets and was the pick of the England bowlers as they reduced India to 257 for 6 in the first innings consolidating their stranglehold on the home team at close of play on Day 3 in the series opener in Chennai. Bess got the prized wicket of the Indian captain, Virat Kohli while also removing Cheteshwar Pujara, Ajinkya Rahane and Rishabh Pant and was the Destroyer-in-Chief of the famed Indian top-middle order in their own backyard.

India vs England 2021: With No International Hundred For 31 Innings, Kohli's Form A Worry For India

Over the last 30 years, since India ruthlessly started dominating Test cricket at home, there have been a few instances of overseas spinners causing some trouble and surprising the hosts with their performances. They have got the better of the accomplished Indian batting line-up historically known to be fine players of spin bowling. We recall some of these performances.

The off-spinner from England had played 12 Tests prior to the series opener in Chennai bagging 31 wickets at an average of 33.09 and strike rate of 70.8 with two fifers in his short career - decent figures but nothing outstanding. Bess stunned India, outbowled his great counterpart R Ashwin, foxed and bamboozled the great Indian batting line-up with his guile, dip and turn and returned with 4 massive wickets in tough hot and humid conditions in Chennai. The highlight for the off-spinner was the wicket of the Indian captain as he flighted one outside off and got it to turn to take the inside edge of Kohli's bat for a simple catch to short leg. He also got the wickets of Cheteshwar Pujara, Rishabh Pant and Ajinkya Rahane putting England in a commanding position to dictate terms to India.

Australia were 1-0 up in the series. India, electing to bat first in the second Test in Bengaluru were left stunned with Nathan Lyon - the Australian off-spinner running through the batting line-up of the home team and returning with 8-50 in just under 23 overs. Lyon saw the back of Pujara, Kohli, Rahane amongst others to bowl out India for 189. However, the hosts fought back in the second innings and eventually won the Test by 75 runs to draw level the four-match series.

Another right-arm off spinner who tasted success in India was the Australian, Jason Krejza. He picked 8 Indian wickets in the first innings and 4 in the second to return with 12 on what was his Test debut in Nagpur in 2008. However, India registered a massive win.

One of the best spells by an overseas spinner in India came from an unlikely candidate at the Wankhede Stadium in Mumbai in 2004. In a low scoring thriller, Michael Clarke, the great Australian batsman and captain, bowled out India for 205 in the second innings returning with magical figures of 6-9 in 6.2 overs. India collapsed from 153 for 3 losing 7 wickets for just 52 runs. However, Australia chasing 107, were routed for 93 with no answers to the spin of Harbhajan Singh and Murali Kartik.

Another slow left-arm orthodox bowler created history in India returning with 12-70 in just his fifth Test for his country - the best bowling figures (in a match) for an overseas spinner in India since 1990. Steve O'Keefe picked 6-35 in each innings of the series opener in Pune in 2017 to hand Australia a famous and rare win in India by 333 runs. India were bundled for 105 and 107 in the two innings - one of their worst performances in a match context at home. It was India's only defeat in a Test match at home in the period running from February, 2013 till the start of the ongoing series against England in Chennai in 2021. O'Keefe played just 4 more Tests for Australia.

While this great series-levelling victory by England is remembered for Kevin Pietersen's magnificent 186 in the first innings, it was Monty Panesar who bagged 11 of the 20 Indian wickets to fall playing the leading role with the ball in his country's famous win. Panesar's victims in the first innings included the big guns - Sehwag, Tendulkar, Kohli and Dhoni. Sehwag, Tendulkar and Dhoni fell to the slow left arm orthodox bowler twice in the match while Yuvraj Singh was also dismissed by Panesar in the second innings as India folded for 142.

Nicky Boje, who made his debut in the series opener against India in Mumbai in 2000, returned with 7-93 in a Player of the Match Performance in the second and final Test in Bengaluru to seal the series 2-0 for South Africa. It was a rare series win for an overseas team in India - one of only three since 1990! Boje got two wickets in the first innings and was very restrictive conceding just 10 runs in his 15 overs but it was in the second innings that he really troubled India. He started the downfall for the home team when he broke the 47-run opening wicket stand between Rahul Dravid and Wasim Jaffer dismissing The Wall for 18. He then sent packing Jaffer and Sourav Ganguly to leave the home team reeling at 71 for 3. He came back to pick two more wickets and finished with a fifer in the innings. South Africa won by an innings.