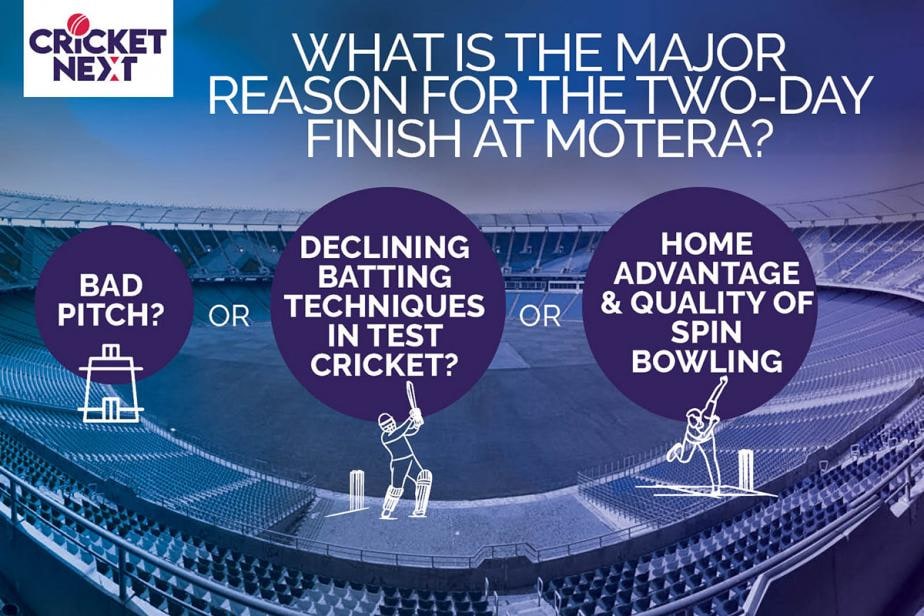 A lot has been made of the pitch in the Day and Night Pink Ball Test at Motera which was wrapped within two days by the home team. Yes, it was the seventh shortest Test in the history of the game. Yes, it was the shortest Test match India has been a part of and yes it was the shortest Test of the last 85 years. But this does not necessarily imply that the pitch was terrible, monstrous and unfit for Test cricket as several former players, cricket pundits and analysts have argued. Undoubtedly it was a challenging and tough wicket but by no yardstick was it unplayable. And yes, if India had not lost the first Test in Chennai and if a spot at Lord’s in June was not on the line then maybe the home team would have been more hospitable.

But making a more “sporting” wicket is up to the generosity of the home team and cannot be demanded by the visiting team. Home-advantage is a legitimate weapon and India used it brilliantly when they needed it the most. This is cricket at the highest level when you play to win at any cost. This is not a fundraiser where everyone is pleased and made happy. When you play at home against a foreign team you apply the only rule that matters in Foreign Policy – that is National Interest! India’s interest was to produce pitches that assisted their spinners. Their bowlers bowled better and more consistent lines and some of their batsmen attached a bigger price on their wickets and the result went in India’s favour.

India vs England: Jasprit Bumrah Pulls Out of Fourth Test Due to Personal Reasons

Why should India not make such pitches? As according to some archaic definition this is against the ‘Spirit of the Game’? And why is this a bad advertisement for Test cricket? When England produces green tops in seaming and swinging conditions or when South Africa and Australia produce fast and bouncy wickets where a sharp bouncer can actually hit and injure a batsman which has led to the concept of ‘concussion substitutes’ – why is that not against the spirit of the game?

Why is this self-righteous spirit only invoked when India plays to its home advantage? Also, Home Advantage has never been more advantageous ever before in the history of Test cricket than in the decade which just passed. There were 398 matches in the decade of which the home team won a whopping 212 for a win-loss ratio of 1.927 – the best for any decade in Test history. 1990s follow with a win-loss ratio of 1.775. India have been the most ruthless team at home in the 2010s and dominated the era like no other team before.

Another big reason why England became the first team in India to be bowled out for an aggregate of less than 200 in a match had nothing to do with the demons in the pitch but with deteriorating batting techniques in the five-day game after the advent of T20 cricket. Test cricket has no doubt become more interesting since 2010 with very few boring draws and with improbable high chases being pulled off on the final day – and credit to that has to be given to T20 cricket and especially the IPL where the best in the world lock horns against one another. Batsmen have become more daring, bold and more innovative. Shot-making has reached new heights and consequently the run-rate has also increased in ODIs and Test cricket.

But the downside of the emergence of T20 cricket and the mushrooming of several leagues all over the world is that on challenging wickets such as the one in the second Test in Chennai and Motera the batsmen are found wanting. The technique and defensive skill-set required for the five-day game is fast deteriorating. Batsmen all over the world do not have the patience to bide their time at the wicket, do the hard rounds, defend ball after ball and over after over – that art of old classic Test match batting is dying. It requires as much mental toughness and exemplary temperament as physical skill – these are attributes one does not associate with the T20 generation! Every young batsman wants to be a Chris Gayle. How many consider Cheteshwar Pujara as their role model?

This sentiment was summed up beautifully by the Indian captain, Virat Kohli after the two-day finish at Motera. “To be honest, I don’t think the quality of batting was up to standards. We were 100 for 3 and bowled out for less than 150. It was just that the odd ball was turning and it was a good wicket to bat in the first innings. It was bizarre that 21 of the 30 wickets fell to straight balls. Test cricket is about trusting your defence. Lack of application ensured it was a quick finish.” From the 7th shortest to the 25th shortest Test matches (in terms of number of balls bowled) in Test cricket history, as many as 7 of them have come post 2010 – that cannot just be a coincidence! Four of the five shortest Test matches in India’s Test cricket history have come in the last three years. This includes the Lord’s Test in 2018 where India were bowled out for 107 and 130 and the home team won by an innings. There were no tweets on the unplayable pitch at the Home of Cricket then! Why the double standards? If India can collapse after batting poorly on a fast, swinging and seaming wicket against the likes of Anderson and Woakes in London why can’t England crumble to the brilliance of India’s spinners Ashwin and Axar Patel in helpful conditions in Ahmedabad? Why is Lord’s a test for the batsmen and Ahmedabad Frankenstein? Just for the record the Lord’s Test lasted for 1023 deliveries – not much longer than the one at Motera!

The only reasonable conclusions one can draw, from both the results, is the inability of the overseas batsmen to cope with the local conditions and wicket and an overall falling of standards in Test batting in the last 10 years or so. The batting average of the Top 5 batting positions in 2010s dropped to 38.41 from 40.47 in the previous decade. It has further gone down to 34.8 in the 2020s.

A third possible reason for India’s recent domination at home and the diminishing duration of matches is the lack of ability of the visiting batsmen and also of overall batting in general against quality spin bowling. England did not last till a second new ball in both the innings combined at Motera. India were themselves bowled out for 145 in the first innings. In as many as 23 innings post 2010 has a team been bowled out within 50 overs in India. Just for perspective this happened on just 4 occasions between 2001 and 2009. The difference is staggering and reveals the entire story!

Not surprising then that the average of spinners in India has improved from 34.59 in the 2000’s decade to 31.04 post 2010. The spinners have also dramatically improved their wicket-taking prowess with their strike rate improving from 70.6 to 62. Yes, the quality of Ashwin, Jadeja and some of the visiting bowler’s also has been outstanding but the failure of the batsmen against quality spin has also played its part too.

There is also the issue of the Pink Ball which has extra coats of lacquer, skids off the surface and comes at a deceptively higher speed causing all sorts of problems to the batsmen.

In conclusion, while the pitch at Motera was challenging and difficult it was by no measure impossible to bat on. And there is a reason it is called ‘Test’ cricket! Zak Crawley and Rohit Sharma – the two best batsmen in Ahmedabad – had both given a lesson on how to bat in tough conditions on a helpful track for the spinners. India made full use of their home advantage which was their prerogative. England had the better of the toss but batted poorly and the failure of their batting cannot be shifted to the pitch.

The way they crumbled and India’s collapse in the first innings was again a sign of the rapid decline of defensive batting in Test cricket with the batsmen not displaying enough patience to attach a price on their wicket – which is one of the big downsides of too much T20 cricket.

For way too long the Western countries, namely England and Australia have controlled the narrative in the sport. From the definition of the spirit of the game to what constitutes a good pitch. Well, the power center has shifted now. Brown, turning and spinning is as much a Test of your pedigree as green, swinging and seaming!