Mohammed Siraj and Washington Sundar proved their critics wrong and delivered the goods for India on the opening day of the fourth and final Test in Ahmedabad. Siraj got the big wicket of Root and then saw the back of Bairstow while Sundar dismissed England's best batsman of the innings - Ben Stokes. 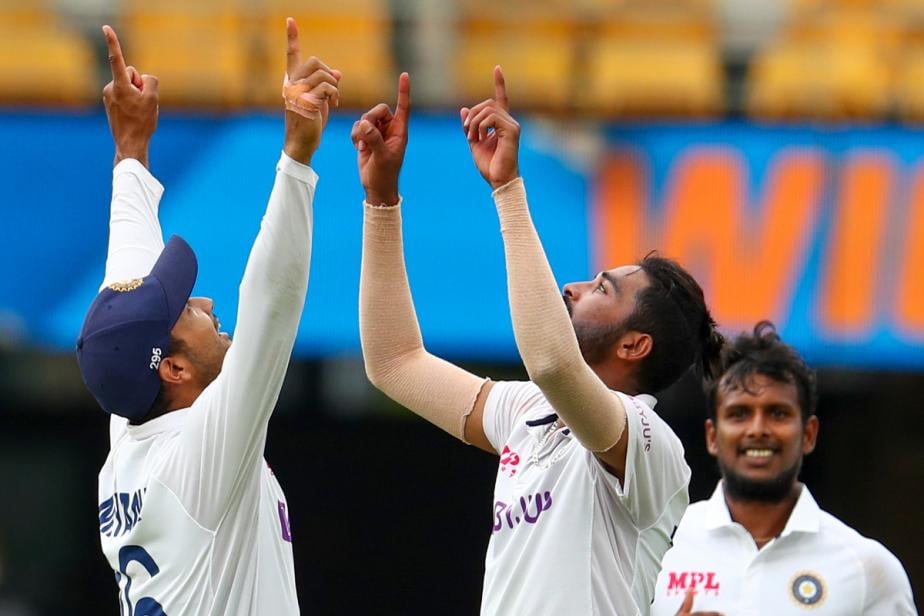 India won the honours on Day 1 of the fourth and final Test against England at Motera routing the visitors for yet another below-par total in the series. The visitors had the advantage after winning the toss and made the right decision to bat first on a wicket that was much better for the batsmen than the ones in the previous two Tests. But a combination of poor batting and excellent bowling by the Indians meant that England were dismissed for 205 in the 76th over. It was another dismal batting display by England – their sixth in a row. They were bowled out for less than 200 in their previous 5 innings.

While Axar Patel – India’s find of the series gave the home team the initial breakthroughs getting rid of Dom Sibley and Zak Crawley, it was the inexperienced and under-pressure bowling pair of Mohammed Siraj and Washington Sundar who ran through the middle-order using their skills and cricketing intelligence to torment the English batsmen. Siraj got the biggest wicket of the England captain, Joe Root while Sundar, against the run of play got rid of the dangerous Ben Stokes who looked set for a big one and was threatening to unleash his A-game today at Motera.

Siraj was not in the likely XI of most cricketing pundits, websites and analysts for the fourth Test. While he had performed admirably in Australia returning as India’s highest wicket-taker in the absence of the pace quartet, his bowling was said to have limitations on unhelpful Indian conditions. He did not have the pace or the weapons to trouble the England batsmen in spinner friendly/batting conditions in India.

Siraj was also picked over a heavyweight Indian seamer – Umesh Yadav in what was a surprise choice at the start of the day. Umesh has been brilliant in the last few years with 63 of his 80 wickets (78.75%) post 2017 coming at home at an average of just 19.34 which is better than R Ashwin and Ravindra Jadeja. Umesh has an exceptional record with the new ball since 2017 – a combination of average and strike rate and he is better than every other bowler for India in this time-frame be it Bumrah, Shami or Ishant Sharma.

It was believed and with good reason that Umesh has the pace and more weapons in his arsenal to trouble the opposition batsmen at Motera.

On This Day – March 4, 1992: Tendulkar Shows Early Glimpse of Talent Against Pakistan in World Cup

Siraj had his task cut out. He had to make the performance count. He had to prove his critics wrong. He changed ends and bowled a brilliant over to the England captain. The first three deliveries moved away from the right-hander, the fourth one came back in while the fifth delivery jagged back sharply leaving Root in some trouble. Siraj had basically got Root to believe that his stock delivery was just short of a length and shaping away with the odd one that nipped back in. Then came the surprise.

Siraj got the inswinger to come back in sharply and trapped Root playing back within the crease right in front of the stumps. He had got his man. Siraj had worked Root out. He had pushed him back and bowled a number of outswingers only to surprise him with the one that was bowled a touched fuller and nipped back in to dismiss the England captain. It was a massive moment in the match. This was not a difficult wicket to bat on and Root would have backed himself to get a big hundred in the first innings. Instead, England were left reeling at 30 for 3.

Jonny Bairstow and Ben Stokes had resurrected the innings and were looking good in the middle. They were mixing caution with aggression and slowly but surely bringing England back into the match. India did not want the partnership to get out of hand – even a fifty stand was significant in a potentially low-scoring match with the home team having to bat last on a pitch which would only get difficult for the batsmen. India wanted a breakthrough. Siraj was their man!

He bent his back and bowled an effort ball almost 10 kms per hour quicker than his usual stock delivery around 135-136 kms per hour. It was a length ball at 146.4 kms per hour which nipped back in sharply and struck Bairstow on the back leg in the front of the middle stump. Bairstow was beaten by the pace and the movement. The ball skidded off quickly off the surface and surprised the English batsman. The visitors lost another big wicket and were reduced to 78 for 4. Siraj had got two huge wickets at crucial moments for his team. He had exceeded expectations and made sure Umesh Yadav wasn’t missed much.

Washington Sundar was under pressure to deliver with the ball. Although he had played some exceptional innings with the bat, he had to chip in with the red cherry as the third spinner and the fifth bowler. His job was to contain the batsmen from one end while the likes of Axar Patel and R Ashwin got the wickets from the other – Sundar had failed to do so in the limited opportunities he had got with the ball in his short career. Today was a different day.

Sundar was put under early pressure by England’s best batsman on Day 1 – Ben Stokes – who lifted him for a maximum over long on. The off spinner bowled a number of dot deliveries to Pope and Stokes building pressure from one end. Meanwhile Stokes was looking confident at the crease – he was defending well and taking the odd calculated risk. He was stitching a solid stand for the fifth wicket before Sundar, against the run of play, came around the wicket and caught Stokes at the crease plumb leg before wicket with an arm ball. India had got the prized scalp at an opportune moment in the match. Stokes was dismissed for 55. England were now reeling at 121 for 5 on a wicket that was pretty good for batting on the opening day.

Siraj and Sundar, playing in their fifth and fourth Tests respectively, came up with the goods getting three huge wickets in the middle order. They pushed England on the backfoot and did not let them take advantage of winning the toss in good batting conditions on Day 1. Their efforts gave India the ascendancy in the match. Ashwin and Patel then took over as England were bowled out for 205 in the first innings.