One of the interesting selection dilemmas facing Virat Kohli and the Indian think tank ahead of the fourth and final Test against England at Motera in Ahmedabad is the replacement for their pace spearhead Jasprit Bumrah who is on personal leave. The choice is between Umesh Yadav and Mohammed Siraj. According to sources, it is the more experienced fast bowler who is expected to feature in India's XI on Thursday. 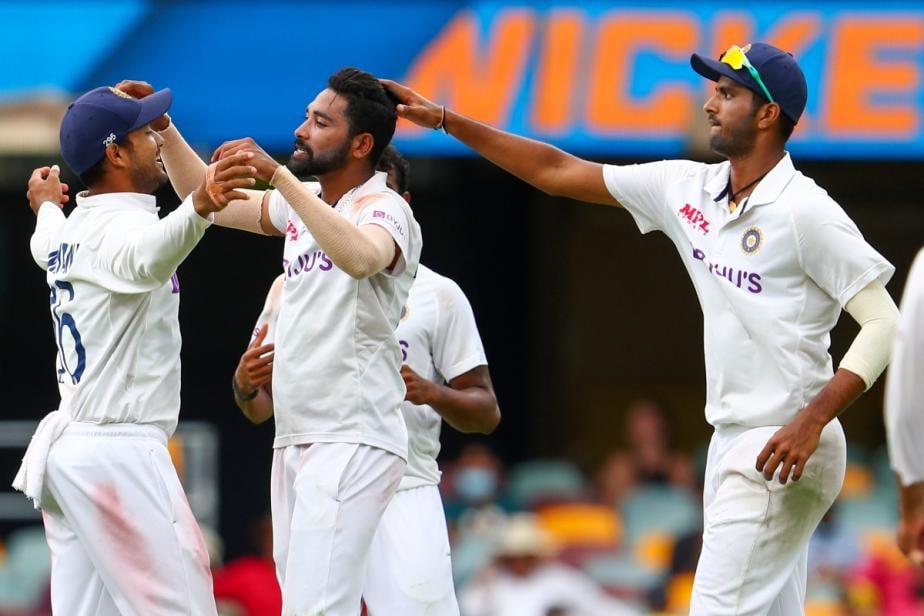 One of the interesting selection dilemmas facing Virat Kohli and the Indian think tank ahead of the fourth and final Test against England at Motera in Ahmedabad is the replacement for their pace spearhead Jasprit Bumrah who is on personal leave. Ishant Sharma is set to lead the pace ball attack in the absence of Bumrah and Mohammed Shami. He has been amongst the best fast bowlers in the world since 2014. During this period he has taken 154 wickets in 47 Tests at an average of 25.79 and strike rate of 52.3. He has been exemplary in the last three years bagging 77 wickets in 21 matches at 19.42 apiece at a strike rate of 42.3.

The choice then is between Umesh Yadav and Mohammed Siraj. According to sources, it is the more experienced fast bowler who is expected to feature in India’s XI on Thursday. One cannot argue against the choice as Umesh Yadav has been one of the best fast bowlers for India in the last three years with magnificent returns at home.

UMESH YADAV – BRILLIANT AT HOME SINCE 2017

Umesh Yadav’s Test career has almost seen a renaissance since 2017 – he has picked 80 wickets in just 22 Tests at an average of 23.41 in the last four years. What has stood out for Umesh has been his wicket-taking propensity. His Strike Rate of 42 is the third-best for a fast bowler (min. 40 wickets) since 2017 only after the South African pair of Duanne Olivier and Kagiso Rabada.

What has also been remarkable is the fact that Umesh has excelled on placid or spinner friendly tracks in India. 63 of his 80 wickets (78.75%) in this time-period have come at home at an average of just 19.34 which is better than R Ashwin and Ravindra Jadeja – India’s two greatest match-winners at home in the last 8-9 years. This is an astonishing achievement by Umesh which has largely gone unnoticed within the cricketing fraternity.

Umesh has an exceptional record with the new ball since 2017 – a combination of average and strike rate and he is better than every other bowler for India in this time-frame be it Bumrah, Shami or Ishant Sharma. Umesh has an average of 20.96 and strike rate of 35.19 with the new ball since 2017. Umesh brings that extra pace and zing in his bowling, can make the new ball outswing and the old ball reverse swing in Indian conditions. He has developed new weapons in his arsenal with a special delivery he bowls with a scrambled seam that holds its line after giving an illusion of shaping away. Umesh also bowls a mean and accurate bouncer which can hurry up the best of batsmen.

Umesh was the leading wicket-taker amongst fast bowlers with 17 wickets in 4 Tests in the victorious Border-Gavaskar Trophy in 2017. Josh Hazlewood followed with 9. He was also brilliant against South Africa at home bagging 11 wickets in two Tests in 2019. The quality of Umesh which stands out is his ability to make the ball talk on unresponsive Indian wickets. He has the ability to bowl unplayable deliveries in home conditions – the one he got to straighten to beat the outside edge and knock off the off stump of Faf Du Plessis was a classic example.

It is for these attributes and numbers that Umesh will replace Bumrah in the XI over Mohammed Siraj, who as good as he has been in his short career does not have the same firepower as Umesh.

Mohammed Siraj had a fine debut series in Australia. In the absence of India’s pace quartet he put his hands up and delivered returning as the leading wicket-taker of India in the series. Siraj picked 13 wickets in 3 Tests at an average of 29.53 and strike rate of 62 including a best of 5-73 in the second innings in Brisbane. He played the second Test in Chennai and did not do anything wrong – in fact, he got the wicket of Ollie Pope with his first ball at home in India in the first innings.

But the thing with Siraj is that he is not an outright winner in spinner friendly conditions or flat decks in India. His bowling is not suited to the Indian tracks. He is not express pace and relies on his consistency in line and length. In Australia and other SENA countries, the pace and bounce in the wicket and the conditions make him into a potent force but he is at best a restrictive bowler at home. He does not have the weapons to trouble quality batsmen at home – unlike an Umesh Yadav or Ishant Sharma.

Unless Siraj can add an extra few kms per hour in his pace or develop a few wicket-taking deliveries to trouble batsmen on unresponsive wickets at home, the likes of Bumrah, Ishant, Umesh and Shami will always be preferred over him.

Siraj should take this as a challenge and go back to the drawing board and return with some extra miles and a few more weapons in his repertoire.

The competition will only make him a better bowler.