In a video posted by BCCI, he was seen cheering his fellow players in the aftermath of this superb shot from his ODI deputy. 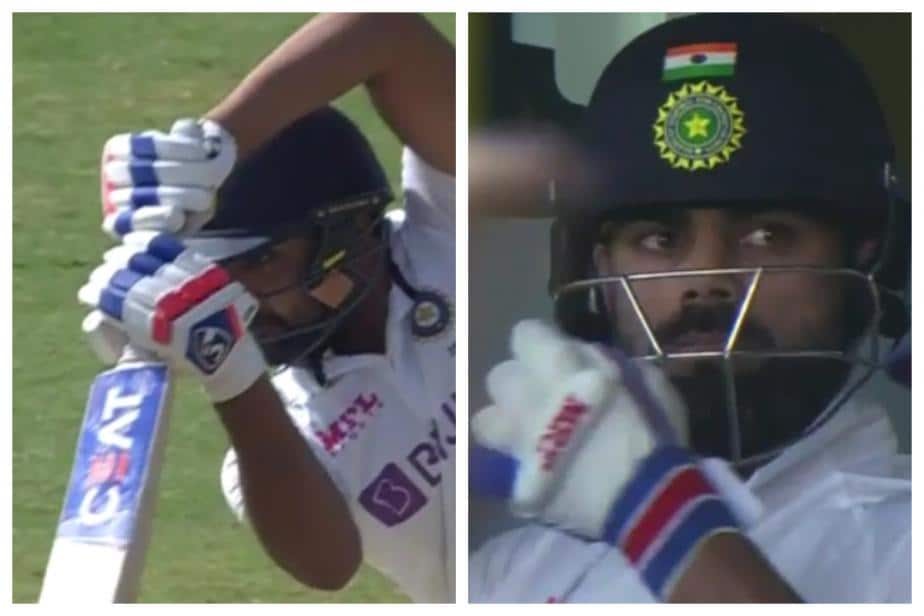 It was the first day of the second Test match and India were 0-1 after losing Shubman Gill for a duck. The crowd which entered the stadium for the first time in a long time, didn't sign up for this and that's when 'Hitman' Rohit Sharma executed a superb cover drive. The crowd rose to its feet but more than that it was skipper Virat Kohli who was overjoyed.

In a video posted by BCCI, he was seen cheering his fellow players in the aftermath of this superb shot from his ODI deputy.

Earlier in the day, India won the toss and opted to bat first. As expected fully fit Axar Patel is making his Tet debut, making his India's 302nd  Test cap holder while Kuldeep Yadav comes in for Washington Sundar. Also, Jasprit Bumrah has been rested to manage workload and in comes Australia tour hero Mohammad Siraj.

For England, after announcing their 12 a day before opted to pick the inexperienced Olly Stone in place of injured Jofra Archer. While Ben Foakes comes in for Jos Buttler, Moeen Ali for Dom Bess and Stuart Broad for James Anderson.

Here's what the captain's said at the toss:

Virat Kohli, believes that this is a good toss to win. Details that this looks a pretty good deck to bat on for the first two days and expects plenty of wear and tear from there on. Feels positive for Axar Patel coming back but unfortunate for Sundar to miss out. Informs that Kuldeep Yadav replaces Shahbaz Nadeem. Also informs that JASPRIT BUMRAH HAS BEEN RESTED due to workload management considering the number of matches India would be playing this year. Adds that Mohammed Siraj replaces him. Stresses that one need not be shocked just because one is beaten at home because India have beaten England at home as well. Feels that just because India are playing at home and do well here doesn't mean they can just bundle oppositions out. Ends by saying that it all boils down to mindset.