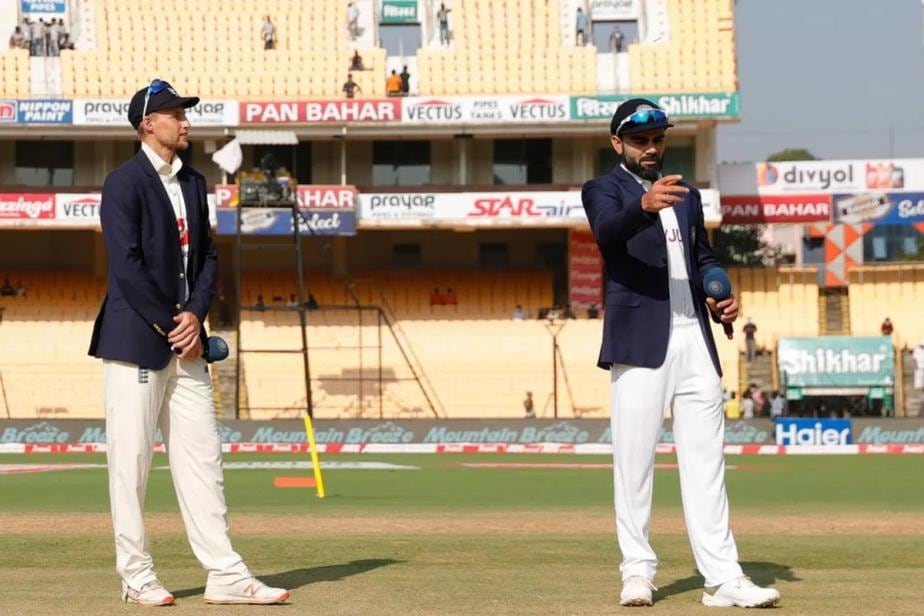 Indian captain Virat Kohli turned his fortunes around at the toss winning it and opting to bat first at the MA Chidambaram Stadium, Chepauk Chennai, as the hosts seek to level the series after enduring a tough loss at the same venue a week back.

Indian captain Virat Kohli turned his fortunes around at the toss winning it and opting to bat first at the MA Chidambaram Stadium, Chepauk Chennai, as the hosts seek to level the series after enduring a tough loss at the same venue a week back.

For England, after announcing their 12 a day before opted to pick the inexperienced Olly Stone in place of injured Jofra Archer. While Ben Foakes comes in for Jos Buttler, Moeen Ali for Dom Bess and Stuart Broad for James Anderson.

Here's what the captain's said at the toss:

Virat Kohli, believes that this is a good toss to win. Details that this looks a pretty good deck to bat on for the first two days and expects plenty of wear and tear from there on. Feels positive for Axar Patel coming back but unfortunate for Sundar to miss out. Informs that Kuldeep Yadav replaces Shahbaz Nadeem. Also informs that JASPRIT BUMRAH HAS BEEN RESTED due to workload management considering the number of matches India would be playing this year. Adds that Mohammed Siraj replaces him. Stresses that one need not be shocked just because one is beaten at home because India have beaten England at home as well. Feels that just because India are playing at home and do well here doesn't mean they can just bundle oppositions out. Ends by saying that it all boils down to mindset.

Joe Root, the England skipper, starts by saying that they would have batted first as well but this is an opportunity to take early wickets and they are full of energy and hopes that they can make inroads early. States that coming to this surface, they wanted to find the right balance in the bowling attack. On how they have managed to win 6 away Tests on the trot, Root opines that they have made good partnerships and also have put up a good first innings score and then backed it up by scalping all the 20 wickets too. Adds that it will be a different challenge here and the hard work starts right now. Ends by saying that Chris Woakes is the unlucky one as he misses out for this Test (he was named in the 12-man squad for the second Test yesterday).