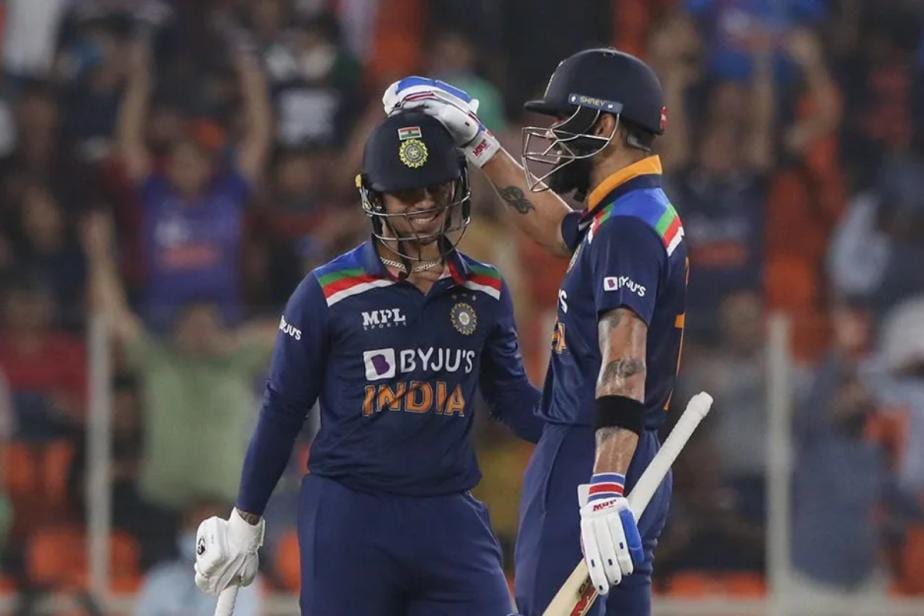 Half-centuries from debutant Ishan Kishan and captain Virat Kohli that followed a tremendous bowling performance helped India level the series 1-1 with a seven-wicket win over England in the second T20I at Narendra Modi stadium in Ahmedabad on Sunday.

Chasing 165, Kishan made an attacking 56 off 32 with five fours and four sixes to set up the chase. Rishabh Pant then took over with a 13-ball 26 cameo to continue the momentum. Through it all, captain Kohli did what he does best – anchoring the innings before finishing with a flourish to end unbeaten on 73 off 49 as India finished in 17.5 overs.

England will rue a couple of key drop catches; Jos Buttler put down Kohli on 10 off Chris Jordan while Ben Stokes put down Kishan on 40 off Adil Rashid.

India had lost KL Rahul for a six-ball duck as Sam Curran began with a wicket maiden. Rahul was gone caught behind poking outside off to an outswinger.

Kishan, though, showed no signs of nerves as he did what he does best in IPL – attack. He got going with a 16-run over off Tom Curran, hitting him for a six and two fours. With Kohli getting off to a good start too, India made 50 in the Power Play.

The duo continued the momentum, Kishan slamming Stokes for a six and following it up with two successive sixes off Adil Rashid to go past his half-century off 28 balls. However, he went for a reverse sweep and ended up lbw.

Pant then slammed a couple of sixes in a cameo, while Kohli kept ticking to get India past the line.

Earlier, The Indian bowlers used change in pace towards the end of the England innings to restrict the visitors to 164 for six in 20 overs.

England were coasting along well at 129 for four in 15 overs and looked good for putting up a huge total. However, tight bowling from Bhuvneshwar Kumar, Shardul Thakur and Hardik Pandya allowed England to get only 35 runs in the last five overs.

India began well getting rid of Jos Buttler early, in the very first over, but a 63-run second wicket partnership between Jason Roy (46 off 35 balls) and Dawid Malan (24 off 23 balls) helped the visitors get back on track.

Jonny Bairstow (20 off 15 balls), captain Eoin Morgan (28 off 20 deliveries) and Ben Stokes (24 off 21 balls) got good starts but just as they were looking to take the total forward with power-hitting, they were dismissed.