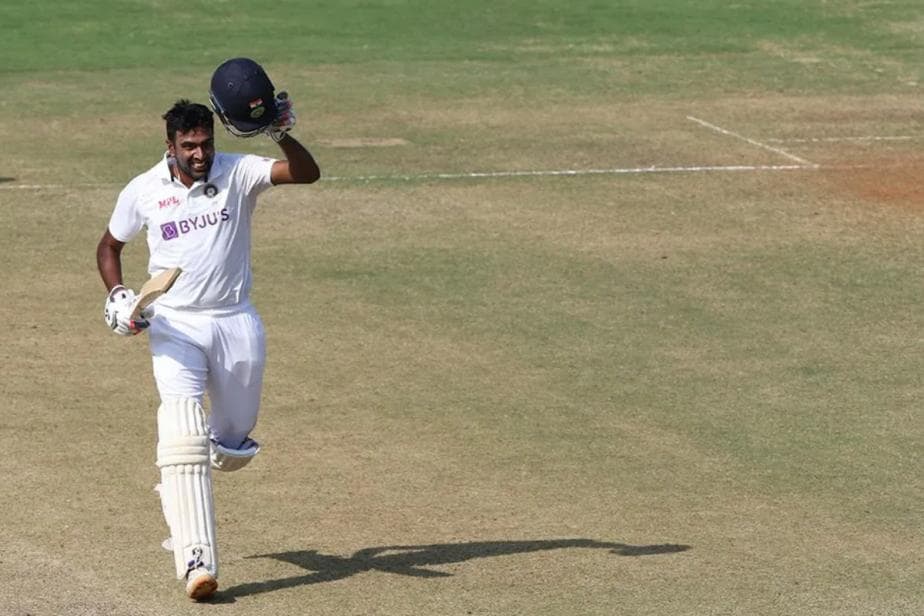 If Day 2 belonged to Ashwin - the bowler, Day 3 was dominated by Ashwn - the batsman. The visitors were struggling at 53 for 3 after 19 overs at stumps with two days to go in the match.

Rishabh Pant ws promoted to counter Leach but for once was not able to make an impact - he became the second Indian batsman to be stumped scoring just 8. India were in a spot of bother at 65 for 4. Moeen Ali then got into the act and got two quick breakthroughs for the visitors - he got Ajinkya Rahane caught at short leg before trapping Axar Patel leg before wicket. Although the lead was in excess of 300, at 106 for 6, India were in tatters in the second innings with a possibility of being bowled for under 120. That would have given England an outside chance in the contest.

But King Kohli and Local Hero Ashwin had different plans. The pair put together a brilliant 96 runs for the seventh wicket giving a lesson to one and all on how to bat on a difficult wicket. Ashwin was aggressive to start with while Kohli displayed his technical and defensive prowess batting beautifully against the spinners. Both of them showed to the cricketing world, especially the Western media and former players from England and Australia critical of the pitch, how to bat on a tricky wicket playing proper cricketing shots, using the crease and your feet against the spinners, coming forward and back with confidence and judging the length of the ball to perfection.

Kohli started off slowly soaking up the pressure of wickets around him before unleashing his strokeplay. He may not have got a hundred since 2020 but it was as good as innings as any hundred by the Indian skipper - when his team needed it the most with their back to the walls. Kohli has now produced two excellent fifties in trying conditions in back to back Tests in Chennai.

Ashwin made a big statement by recording his fifth Test hundred in front of his own crowd - an innings full of composure, class and authority. He achieved the double of taking a fifer and registering a hundred for the third time in his career. He was finally dismissed for 106 off 148 deliveries ending India's innings at 286.

Set a mammoth 482 for a win, Axar Patel trapped Dom Sibley leg before wicket in the 9th over of the innings - a big wicket for India as the right-hander has the ability and temperament to play out time and overs. Dan Lawrence and Rory Burns resurrected the innings and looked to be positive against the Indian spinners. But it was only a matter of time when they would fall victim to the skill of the Indian tweakers on a helpful pitch. Ashwin broke the 32-run stand getting Burns caught at second slip of Kohli. Patel then removed the night-watchman, Jack Leach in the very next over to reduce England to 50 for 3. They ended the day at 53 for 3 still needing 429 runs for a win.

India are in the driver's seat and on the verge of a fine comeback series-levelling win. Don't be surprised if they wrap up the match in the first session tomorrow itself.