Back to News18
Home » Cricket Home » News » India vs England: Behind & In Front of Stumps, Rishabh Pant Begins Upward Curve

India vs England: Behind & In Front of Stumps, Rishabh Pant Begins Upward Curve

With the gloves and bat, the England series was an extension of Rishabh Pant coming off age, a process he began in Australia. 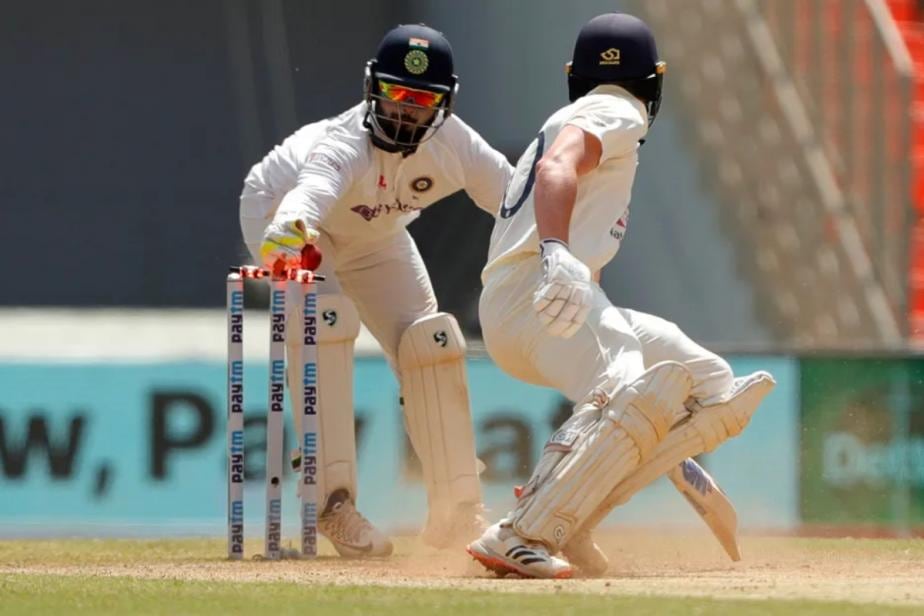 “His wicketkeeping is a work in progress. He keeps working hard. In Australia itself there have been many occasions where he has sacrificed his batting slots to work more on his keeping which itself is a great sign. He’s very open to improving his keeping, he’s listening and working hard. Lot of things are going for him, he’s only young. You have to cut him some slack, as time progresses he’s going to become a better keeper once he starts getting fitter. You’ll definitely see progress as you saw in Brisbane.

“And mind you, keeping against Ash and other spinners in India is not going to easy. Forget Rishabh Pant, you bring any other keeper other than Wriddhiman Saha, I’d like to see how they keep against Ash and Jaddu.”

This was India fielding coach R Sridhar speaking about Rishabh Pant’s wicketkeeping in an interview to Cricketnext after the tour of Australia. While Pant the batsman was a hero in India’s epic series win in Australia, the keeping left much to be desired. So much so that there were question marks on whether India would play him as a specialist batsman in the series against England, considering they had a terrific keeper in Wriddhiman Saha.

There’s Nothing Better Than Performing When Team Needs You Most, Says Pant

As Sridhar pointed out, keeping in India against the likes of R Ashwin and Axar Patel was not child’s play. Especially in tracks like the ones for the second and third Tests, in Chennai and Ahmedabad respectively.

At the end of it all though, the only talks surrounding Pant’s keeping are about how much he has improved behind the stumps. There was the odd drop catch, yes. But for a large part of the series, not many were talking about Pant’s keeping. And when you’re not talking about a keeper, it implies that he/she’s doing the job fairly well.

‘Byes’ might not be a proper indicator of the keeping skills, especially as a comparison factor. But here are some numbers from the series. Pant conceded 25 byes from 8 innings. Ben Foakes, the much superior keeper from England, conceded as many in 5 innings. Of course, Foakes was terrific behind the stumps in alien conditions effecting some superb stumpings. But there are indications that Pant too can get there, as he showed with the stumping of Ollie Pope in England’s second innings of the fourth Test.

With the bat too, this was an extension of him coming off age, a process he began in Australia. He started the series with a typically attacking 91 in the first Test, the top score of India’s innings albeit in a loss. He followed it up with a crucial 58* on a tough Chepauk surface in the second Test, which was overshadowed by Rohit Sharma’s 161.

The best of them all was saved for the last. Walking in at 80 for 4 in response to England’s 205, Pant showed tremendous maturity in an innings of two contrasting halves. The first half was all about ‘proper Test cricket’ batting: his fifty taking 82 balls. The next half was measured counter attack, his second fifty taking only 23 balls. After Pant’s first Test 91, Cheteshwar Pujara had called on Pant to ‘learn a few more things’ and put team first. By the end of the series, he showed he can do that.

It made Sourav Ganguly predict an all-time great career for Pant. It pleased coach Ravi Shastri too.

“Pant has been simply magnificent. We were hard on him. Nothing comes easy. He was told in no uncertain terms that he has got to respect the game a little more. He’s got to lose a bit of weight and work hard on his keeping. We know the talent he has and he has responded. He has worked like hell for the last few months and the results are here to see. Yesterday’s innings was the best counter-attacking innings I have seen in India,” Shastri said in the post-match presentation.

The next step in the progression of Pant will come up soon: sealing the ODI and T20I spots, something he had lost in recent times to the likes of KL Rahul and Sanju Samson.