The manner in which Ben Stokes reverse swept him out off the rough forced him to change his plans, said leftarm spinner Shahbaz Nadeem, who is ready to go back to the nets to sort the technical problems that has crept into his bowling. 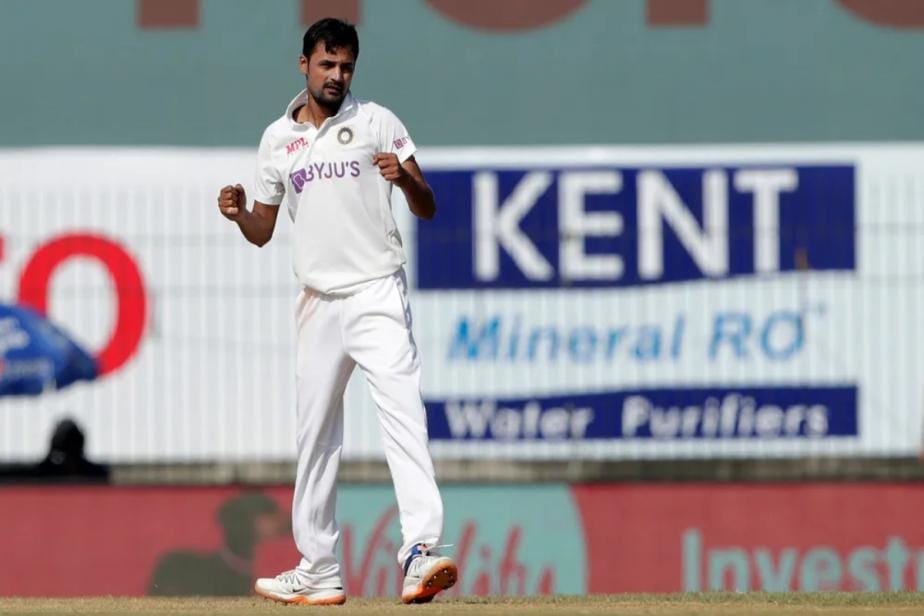 The manner in which Ben Stokes reverse swept him out off the rough forced him to change his plans, said left-arm spinner Shahbaz Nadeem, who is ready to go back to the nets to sort the technical problems that has crept into his bowling. Playing his second Test, Jharkhand's domestic stalwart Nadeem gave away 167 runs in 44 overs but as a consolation removed Stokes, who smashed 82, and Joe Root, who scored his fifth double hundred.

"I was trying to bowl into the rough outside the off-stump but he counter attacked by playing the reverse sweep. Yeah it did (force me) to change my line and length a little bit," said Nadeem, who was unable to keep pressure on the England batsmen while Ravichandran Ashwin was toiling away at the other end. "I then tried to bowl on the wicket and got him out." One of the main reasons was six no balls that he bowled so far and Nadeem admitted that he is having some technical difficulties.

"I think I was jumping late (on load up) on to the crease whereas I should time my jump a bit early. So that created a bit of problem. "On the first day, it was more of a problem and today it was comparatively less. I need to go back and work in the nets to sort the problem," said the 31-year-old veteran of 117 first-class games. Nadeem said that the manner in which Joe Root played the sweep shot had made it difficult to set a specific plan for him.

"Root is a great batsman and has been in great form of late. He is sweeping very well and you need to plan well whether you want to bowl on stumps or outside the off stump. "Obviously, you will have problems when a batsman starts sweeping you but then you need to stick to your plans. Wait for your time so that he makes a mistake." Did it create some sort of problems for Nadeem that he was a last minute inclusion in place of an injured Axar Patel.

"I was in stand-by squad so I knew from early on that I might get a chance. So mentally, I was prepared, not that I was told at the last moment that I am playing. I was aware at least one day in advance that I will play the next day." He said that on a flat track, it was difficult to over-attack. "On this wicket, the only plan is to bowl in good areas because if you try to over-attack in order to get wickets, you will tend to give runs. So plan was to bowl in good areas and wait for batsman to make mistakes." Nadeem believes the pitch is still pretty good to bat on and only left-handers could have some problems with the rough outside their off-stump. Among Indian top-order and middle-order, only Rishabh Pant is a left-hander. "There is one rough that could cause problems for left-handers but otherwise the centre of the strip and other areas remain intact. "The pitch is still very good for batting, so I am sure our batsmen will score huge total and you will see that."