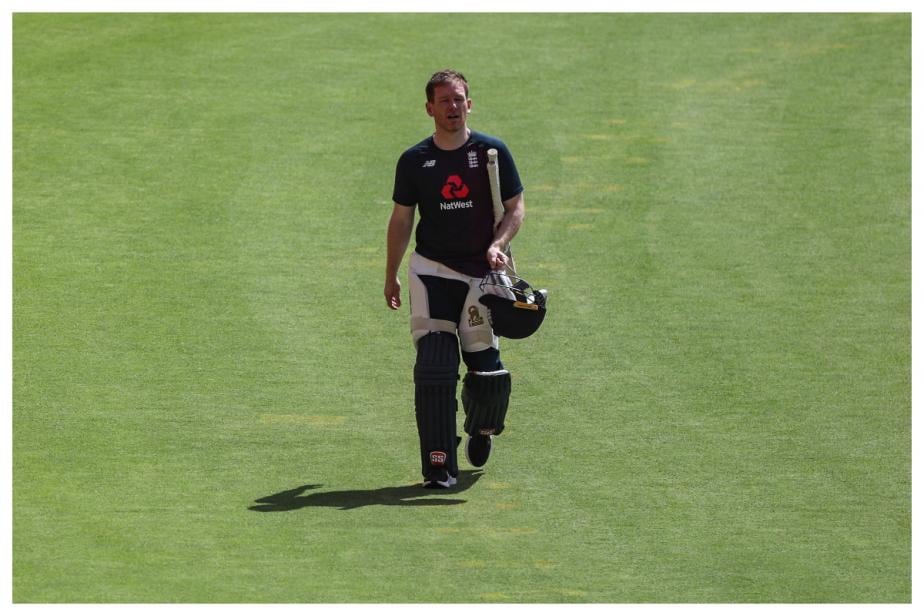 England captain Eoin Morgan received his 100th Twenty20 International cap in the third T20I against India in Ahmedabad on Tuesday.

England captain Eoin Morgan received his 100th Twenty20 International cap in the third T20I against India in Ahmedabad on Tuesday. He became the first England player to reach the landmark. Morgan played his first T20I in 2009 and has scored 2306 runs at a strike rate of 138.99 and average of 30.34. He has also played 16 Tests and 242 ODIs. England won the toss and opted to field first. They made one change, with Mark Wood coming in for Tom Curran.

“I suppose the difference was in the wicket we played and how we adapted. It was different wicket from the one we batted in the first game. The pitch was slow and low and one thing that does is expose our weakness on these surfaces a little bit,” said Morgan at the post-match virtual media interaction on Sunday night after the loss in the second game.

“We don’t play a lot on slow, low wickets and the more that we can do that, the better. You only become better in these conditions by playing in them and making mistakes.”

The English skipper, however, said playing in such tough conditions ahead of the ICC World T20 later this year in India, will only help them.

“I thought the other night, the pitch really suited us because it had more pace in it – similar to a wicket at home, a Cardiff wicket or somewhere like that, that was a little bit uneven and maybe stood up a little bit,” added the England captain.