Another highlight of the match was Indian skipper Virat Kohli’s match-defining knock. He finally ended his run drought. 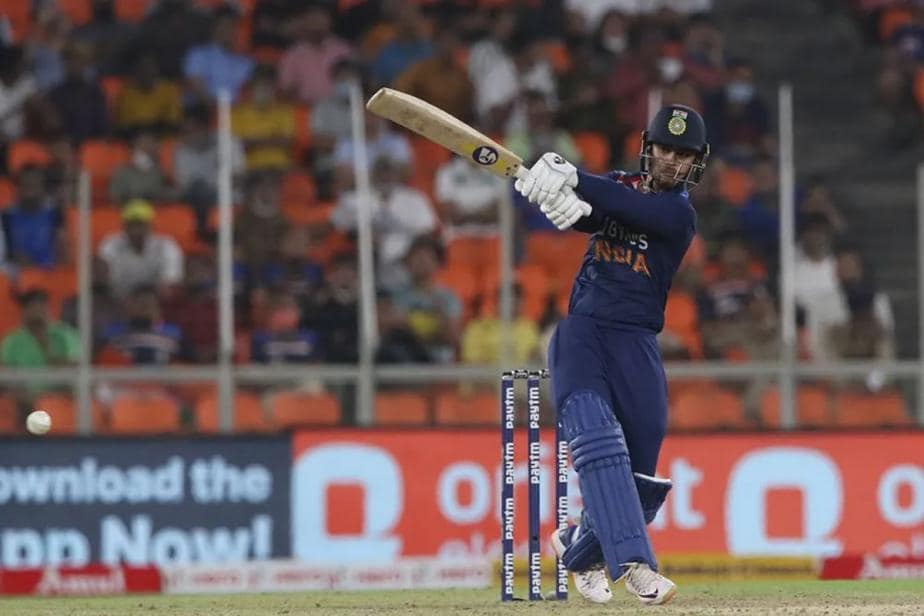 In his first outing for India at the international stage, Ishan Kishan announced himself with his 28-ball half-century. The 22-year-old left hander had a dream debut in the national colours playing a whirlwind knock in the second game of the ongoing five match Twenty20 International series versus England. The pocket dynamite helped India take the game away from the visitors in the first six overs of the second innings. Ishan at a young age has now become the second Indian batsman to score a fifty on his T20I debut, next to Ajinkya Rahane.

The explosive and fearless innings drew attention of some of the greats of the game who reacted to Ishan’s debut on social media. Members of the cricketing fraternity heaped praise on Ishan for playing a fabulous knock on his maiden outing for India. Many former cricketers including Virender Sehwag, Irfan Pathan and Yuvraj Singhwere left in awe of the left handed youngster’s innings on Sunday.

A young keeper batsman from Jharkhand promoted up the batting order and proving his caliber. This has happened before.

Loved the fearlessness and attacking batting of Ishan Kishan. pic.twitter.com/874tXa0uoz

What a dream debut for @ishankishan51 absolutely fearless about his game ! That’s the beauty of playing ipl at a young age you just used to the atmosphere and you go and express your self ! !! And skipper is back with some class of his own !!@imVkohli #ENGvIND t20

Young man @ishankishan51 what a knock.. keep going youngster 💪 surely a great future ahead.. All the best #specialtalent #INDvENG

Former England skipper, Michael Vaughan, who has been a staunch critic of the India pitches over the last few weeks, also reacted to Ishan’s debut. The former player, who after the first T20I game said that the Indian Premier League (IPL) side Mumbai Indians was better than the national team, tweeted, “What a debut!”

Ishan, who came into the side as an opener, blasted a 32-ball 56 with the help of five fours and four sixes, ripping apart the bowlers of the No1-ranked T20I side, England. The bowling effort could make least impact as the young wicketkeeper-batsman latched on to them taking risks and reaching for boundaries. He also had a fantastic season playing for his domestic side Jharkhand and with the Mumbai Indians in the IPL.

He was rewarded later as he bagged the player of the match award. Coming back to the Sunday game, Indian bowlers restricted England batters to a total of 164 for six. Another highlight of the match was Indian skipper Virat Kohli’s match-defining knock. He finally ended his run drought, remaining unbeaten on 73. In just 49 balls, Kohli finished the game to level the series 1-1.