From their first win in Test cricket in 1952 to their first series win against their erstwhile colonial masters in 1961, from India's domination post the 1990s to England's stunning win in 2012, there have been some standout and memorable performances in India-England encounters

India will clash with England in the high octane four-match series which commences from the 5th of February in Chennai. From their first win in Test cricket in 1952 to their first series win against their erstwhile colonial masters in 1961, from India’s domination post the 1990s to England’s stunning win in 2012, there have been some standout and memorable performances in India-England encounters in India over the years.

We look at 10 interesting numbers from India-England contests in India in Test cricket.

118: Lala Amarnath Became the First Batsman to Register a Test Hundred for India in the series opener against England in Mumbai in 1933. The senior Amarnath scored a magnificent 118 in the second innings out of India’s total of 258. 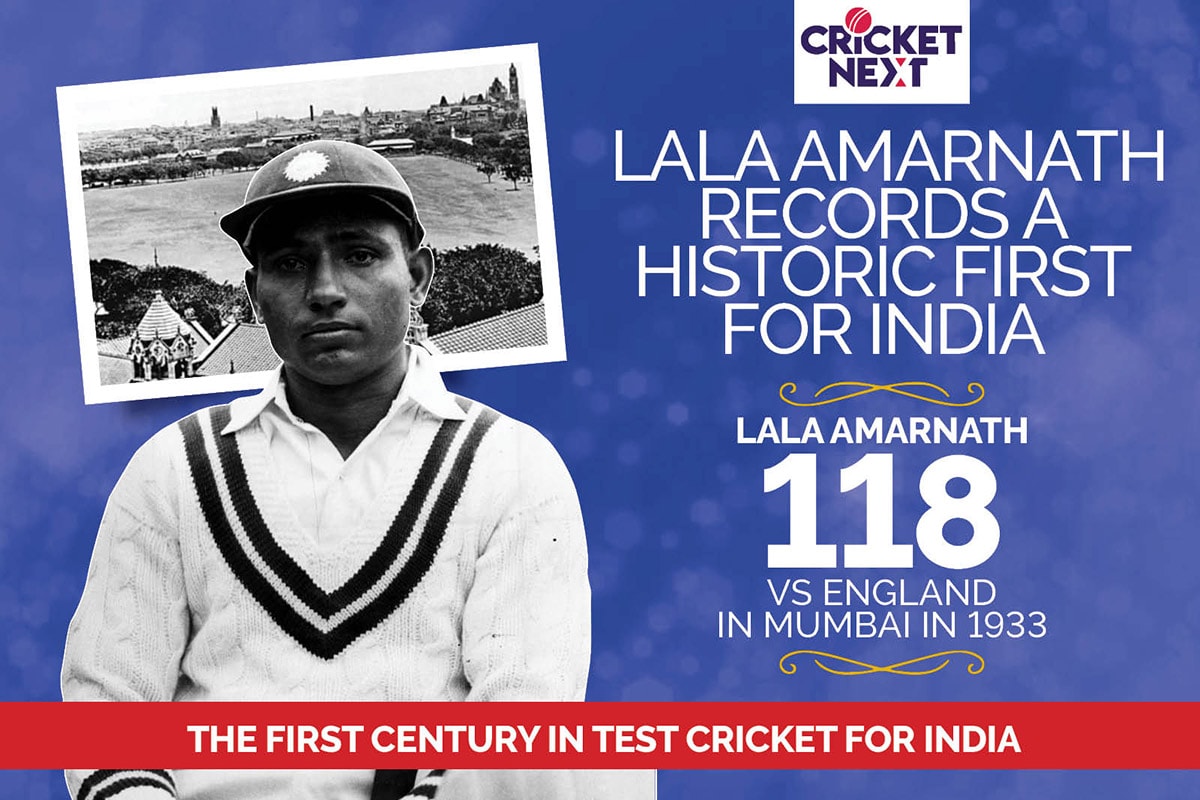 303 Not Out: Karun Nair is the only batsman to have recorded a triple hundred in India-England encounters in India. Nair smashed a colossal unbeaten 303 in just 381 deliveries hammering 32 fours and 4 sixes in the fifth Test of the 2016 series in Chennai.

12-108: The Best Bowling Figures by an Indian Bowler against England at home
Vinoo Mankad returned with 8-55 in the first innings and followed that up with 4-53 in the second to help India beat England by an innings and 8 runs in the fifth Test in Chennai in 1952. It was India’s first win in their Test cricket history. They had also levelled the series from behind.

103: Mansur Ali Khan Pataudi gave a series-defining performance (SD) in the fifth and final Test in Chennai in 1962. He scored an attacking 103 in just 162 minutes smashing 16 fours and 2 sixes helping India amass 428 in the first innings. The home team went on to win the Test and took the series 2-0. It was India’s first series win against England. 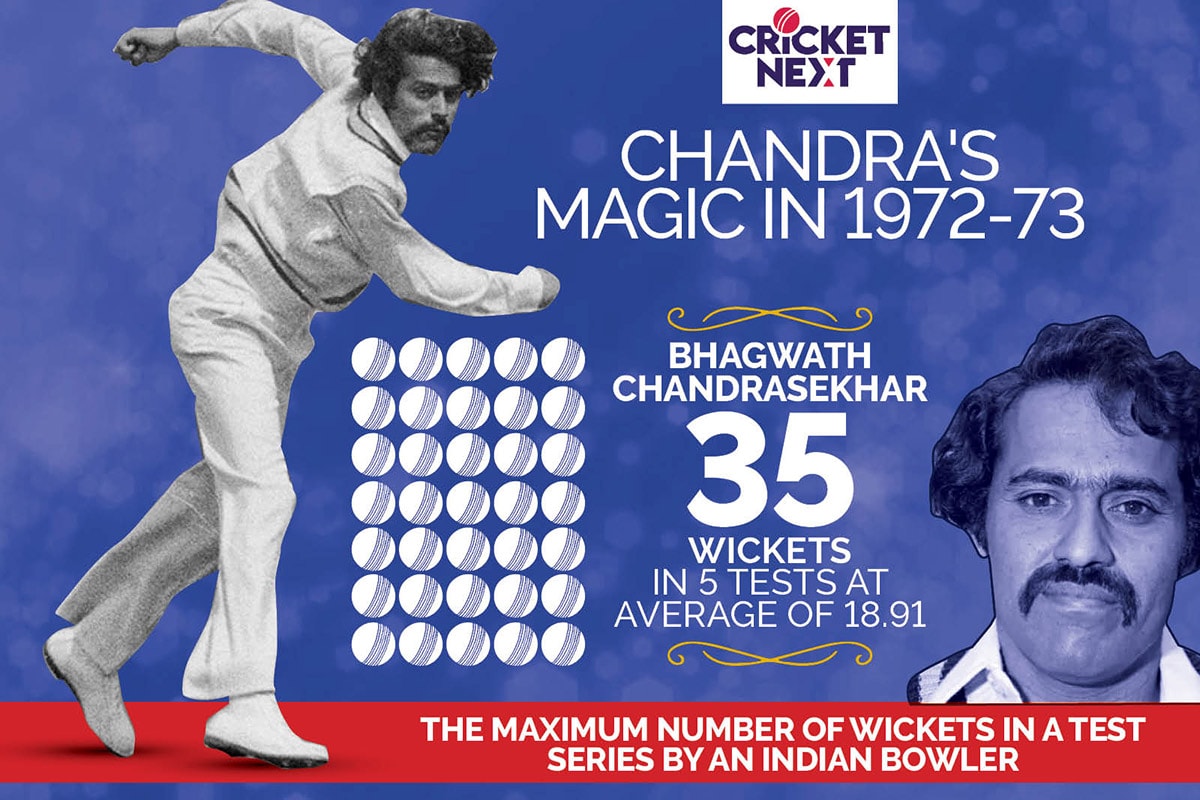 35: Number of Wickets for Bhagwath Chandrasekhar in the 1972-73 series
Leg-spinning maverick, Bhagwath Chandrasekhar set a record in the 1972-73 home series against England which remains unbroken till today. He picked 35 wickets in 5 Tests (9 innings) in the series at an average of 18.91 and strike rate of 49.9 including 4 five-wicket hauls in the series. His best in the series was 8-79 in 41.5 overs in the series opener in Delhi. Chandra’s 35 wickets remain the maximum wickets taken by an Indian bowler in any series, home or away in their Test history!

114 & 13: Ian Botham put up an all-round show for the ages in Mumbai in the only Test in 1980 to celebrate the Golden Jubilee of the BCCI. He returned with 6-58 in the first innings to dismiss India for 242. England were reeling at 57 for 4 when Botham walked out to bat. What followed was a brilliant counter-attacking hundred. Botham hammered 114 off just 144 deliveries – an innings which included 17 fours – and powered England past the Indian total. India collapsed in the second innings as the great Botham bagged 7-48 in 26 overs. England went on to win by 10 wickets. Botham had produced the greatest all-round performance by a visiting player in India. It is the only instance when a visiting player has scored a hundred and picked 10 or more wickets in the match in India. 3: Number of hundreds registered by Mohammad Azharuddin in the home series in 1984-85
Mohammad Azharuddin recorded three hundreds in his debut series – the home series against England in 1984-85. It is the maximum number of hundreds recorded by an Indian batsman against England in a single home series. Azharuddin scored 110 in the first innings of the third Test at the Eden Gardens which was also his Test debut, 105 in the second innings in Chennai and 122 in the first innings in Kanpur – Azharuddin had set the world on fire by registering three hundreds in the first three Tests of his career. No batsman in the history of Test cricket, before or after has achieved this feat!

3-0: The Scoreline of the India-England Test series in 1993
India registered their first and only series sweep against England in 1993 – the victory including two innings wins in Chennai and Mumbai. Vinod Kambli was the highest scorer of the series with 317 runs. But the real heroes for India were the spin duo of Anil Kumble (21 wickets) and Venkatapathy Raju (16 wickets) who were well supported by Rajesh Chauhan.

The series marked the domination of India at home in the 1990s – they did not lose a single Test series in their own backyard in the entire decade. It remains one of the most dominant performances by any team at home in an entire decade in Test cricket history!

562 & 186: Cook’s Aggregate in the Series & Pietersen’s Hundred in Mumbai in England’s Historic Win in 2012
Alastair Cook piled on 562 runs in 4 Tests including three hundreds in the 2012 series in India. Kevin Pietersen’s 186 off just 233 deliveries including 20 fours and 4 sixes in a series levelling effort in Mumbai is regarded as the greatest innings by a visiting batsman in India. Cook’s consistency and appetite to get the big runs and KP’s genius defined the series for England who went on to record a historic 2-1 victory – their first in India since 1984. 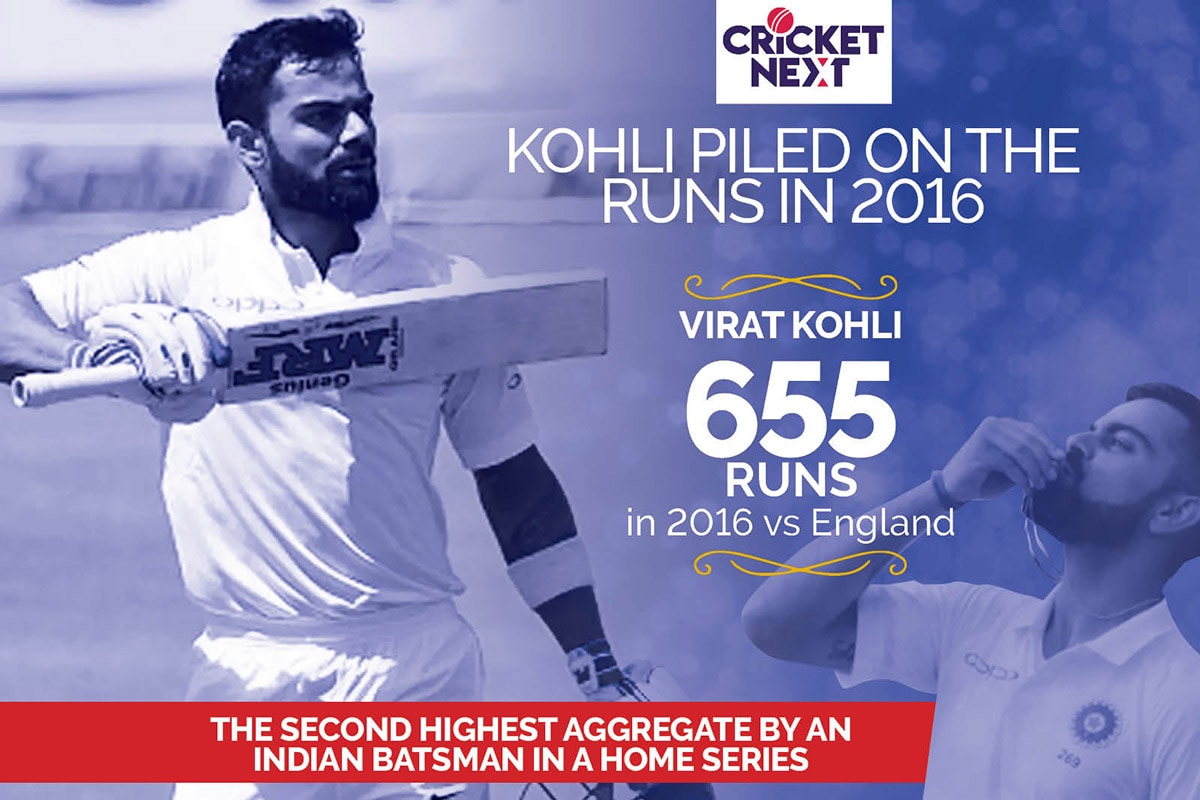 655: Virat Kohli’s Aggregate in the Home Series in 2016
Virat Kohli scored 655 runs in the five-Test series in 2016 – it remains the second-highest aggregate in a home series in India (after Sunil Gavaskar’s 732 against the West Indies in 1978). India thrashed England 4-0.