Back to News18
Home » Cricket Home » News » India vs England: From Krunal-Krishna To Dravid-Ganguly - Great Debuts Over The Years

India vs England: From Krunal-Krishna To Dravid-Ganguly - Great Debuts Over The Years

The underlying story of India's emphatic win over England in the series opener in Pune on Tuesday was the performance of the two ODI debutants - Prasidh Krishna and Krunal Pandya. This was a rare occasion when two debutants had gone on to produce match-defining performances for their team. 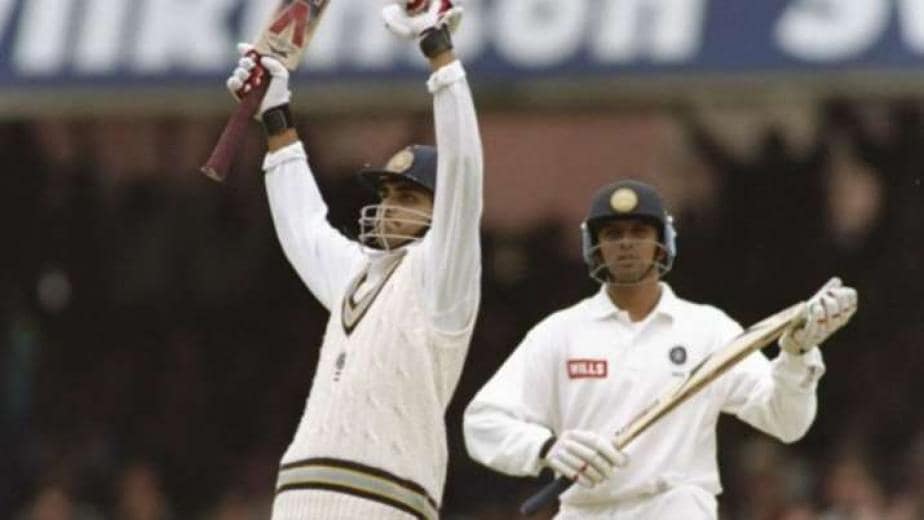 The underlying story of India’s emphatic win over England in the series opener in Pune on Tuesday was the performance of the two ODI debutants – Prasidh Krishna and Krunal Pandya. Krishna produced the best bowling figures by an Indian bowler on ODI debut returning with 4-54 in 8.1 overs. The elder brother of Hardik Pandya, Krunal produced a gem with the bat hammering an unbeaten 58 off just 31 deliveries from number 7 powering India to above 300.

India vs England: Shreyas Iyer Ruled Out With Shoulder Injury, Will Miss IPL Games Too

There could not have been a more famous pair playing their first Test together for India than Rahul Dravid and Sourav Ganguly. The Prince of Kolkata hammered a brilliant 131 in the first innings in difficult conditions and circumstances against a quality attack comprising the likes of Alan Mullally, Dominic Cork and Chris Lewis. He came in to bat at number three and from 25 for 1 which worsened to 59 for 2, resurrected the innings with Sachin Tendulkar before forging a 94-run stand with the other debutant Rahul Dravid.

Ganguly was finally dismissed for 131 after spending 435 minutes at the crease. During the course of his innings he hit 20 majestic fours, most of them through the off-side much to the awe of the suited and booted Lord’s gentry. Dravid scored a patient 95 off 267 deliveries – a quality which became his biggest strength over the years in Test cricket. The match ended in a draw.

England were already 2-1 up in the four-match series. Joe Root came out to bat at 119 for 4 in the first innings and scored an invaluable 73, rescuing them out of trouble and putting together a century partnership with Matt Prior. He spent 229 deliveries at the crease and gave glimpses of his great batting prowess in the very first match for his country.

Ravindra Jadeja bagged the wickets of Jonathan Trott and Kevin Pietersen with his slow left-arm orthodox and was very restrictive conceding just 58 runs in 37 overs. He again got the great KP out in the second innings and gave away just 59 runs in his 33 overs – giving the first signs of a quality that became a quintessential Jadeja trademark in India over the years.

The leg break bowler Yuzvendra Chahal impressed in his first outing for India in ODI cricket conceding just 27 runs in his 10 overs and picking a wicket. His control in the middle overs and his ability to choke the opposition batsmen stood out – qualities which made him a match-winner for India in the format in the years to come.

India’s chase saw the emergence of the flamboyant KL Rahul who remained unbeaten on a fine 100 off 115 deliveries as the visitors went past Zimbabwe’s total of 168 in the 43rd over.

On This Day: Australia’s Sandpaper Ball-tampering Sandal That Rocked the Cricket World in 2018

After the horror of 36 all-out in the Day and Night opener in Adelaide, India needed a collective effort to make a comeback in the series. Mohammed Siraj, in for the injured Mohammed Shami, got the wickets of Marnus Labuschagne and Cameron Green in the first innings before seeing the back of Travis Head, Green and Nathan Lyon in the second.

Shubman Gill scored a delightful 45 off just 65 deliveries in the first innings and gave the innings the necessary impetus at the start even as wickets fell around him. He displayed remarkable composure and went on to score an unbeaten 35 off just 36 deliveries in the second innings to take India to a famous series-levelling win. Gill’s timing and shot-making stood out in his first Test appearance for India

It was the series opener against the West Indies in 2013 at the Eden Gardens in Kolkata. West Indies elected to bat first but had to face a new fast bowler from India who was accurate and had the ability to consistently bowl above 140 kms per hour. Mohammed Shami, on debut, picked four wickets in the first innings – three of which were of the top-middle order and restricted the visitors to 234. He also effected a run-out.

A certain Rohit Sharma then came out to bat with India in trouble at 82 for 4 and blasted a magnificent 177 off just 301 deliveries. India posted 453 and went to record an innings victory. Shami was again brilliant in the second innings and returned with 5-47 in 13.1 overs. His 9 wickets on Test debut are the second-best bowling figures by an Indian bowler in his first Test for the country after Narendra Hirwani.