After a dream game in Chennai where he won the Man of the Match award for his eight wickets and a century, local boy R Ashwin dedicated India's win in the second Test to the crowd at MA Chidambaram stadium 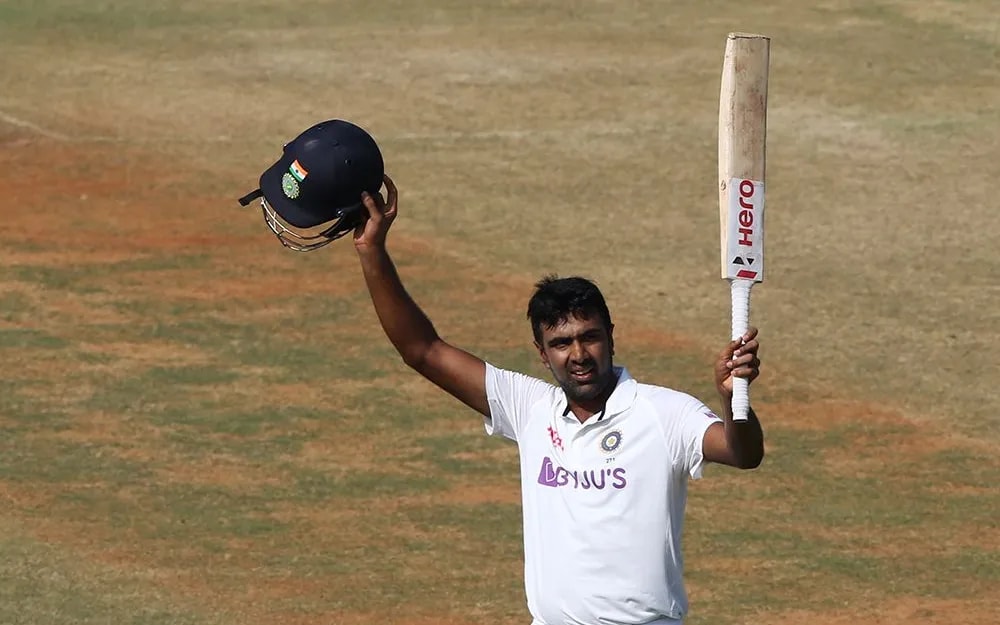 After a dream game in Chennai where he won the Man of the Match award for his eight wickets and a century, local boy R Ashwin dedicated India's win in the second Test to the crowd at MA Chidambaram stadium that applauded every move of his.

Ashwin pickd up a five wicket haul in the first innings and scored a sparkling century in tough conditions in India's second innings to set up India's 317-run win to level the series. Ashwin said he felt like a 'hero' playing in front of the Chennai crowd.

"As a kid, I've wondered if I will ever play in Chepauk, will people clap for me here... am I even allowed here," he said at the post-match presentation.

"As an eight year old I have come here on these very stands to watch Test cricket. My dad would bring me here. I have no words to express myself. I have played four Test matches here and easily this is the most special. I get a hero's feeling. Every time I bowled or removed the cap, it was a different feeling.

"In Covid times this knowledgeable crowd came out in big numbers. They did not worry at all. Even though they weren't wearing masks they kept clapping and enjoyed the game. I will dedicate this win to the Chennai crowd for what they did. We went 1-0 down because there was no crowd, and we made it 1-1 with the crowd. There will be crowd in Ahmedabad, hopefully we can take it forward."

I can’t express how I feel right now, but I am so very grateful to each and everyone who has wished me over the last few days. I would also like to thank the #KnowledgableChennaiCrowd for turning up in numbers and making me feel like a hero. 🙏🙏🙏 pic.twitter.com/VXEgC0GU2D

Here's what Ashwin said about other aspects of his game during the presentation ceremony.

On his different bowling actions and load-ups:

"Every load up gives a different result in terms of how the pitch is reacting, how the breeze is. If I try to cock my wrist at a 190 degree angle, it starts to drift more. If I want to cut the drift and get the batsman moving away from it, I try and load up differently. I try and change the speed of the run-up. All these things are working beautifully because I have created this awareness for myself. Bowling is more about awareness and having the bravery to go out there and express yourself.

"A lot of people tend to practice and change a lot about their bowling but don't have the courage to go out there and try it. It's one life, one game, I have been playing it for the last 25 years. If I can't do it here, where else will I go and expess it? The joy is coming out and hence the bowling is also coming out the way it is."

"This wicket was very different to the one we played on in the first game. This was a red soil wicket, this was a clay wicket. As much as it looked quite bad from the top, a lot of people were predicting things from the outside, I thought the balls that was doing much wasn't getting wickets. It was the mind of the batsmen that got us wickets. It's easy to say go out there and bowl and you'll get wickets, but it's not as easy as it looks because I have been playing for years over here now and it takes a certain amount of pace and guile to do it. I'm happy I did it and we won the game."

On his batting, and the sweep shot:

"Keeping intent was very important. In between the matches also I was chatting with Rohit, the batting coach and others on what sort of options we can take to put pressure back on the bowler. It is very important to put the pressure on the bowlers because if you allow them to dictate terms, it is going to get easier. I just thought I will put out whatever I practised rather than waiting for loose balls to get momentum. I wanted to take it upon myself, and after I connected the first ball, I realised I got a hang of this wicket and things got easier from there.

"I am someone who tries hard, and when things don't go my way, I try harder. Vikram Rathore has been very supportive. A lot of my batting was about what I was thinking about the crease and technique and that sort of stuff. But my batting was more about hands, get through the ball, sort of think tactically instead of technically. Ajinkya played a crucial role in telling me that I was overthinking it and have to just get it done. The innings at Sydney set the tone for me.

"I am enjoying my game and that's why I started playing it. I am really happy I got a 100 and a five-fer in Chennai."