Now back on his return at the familiar turf, Amit Shah has one wish: he wants Cheteshwar Pujara to score a double century. 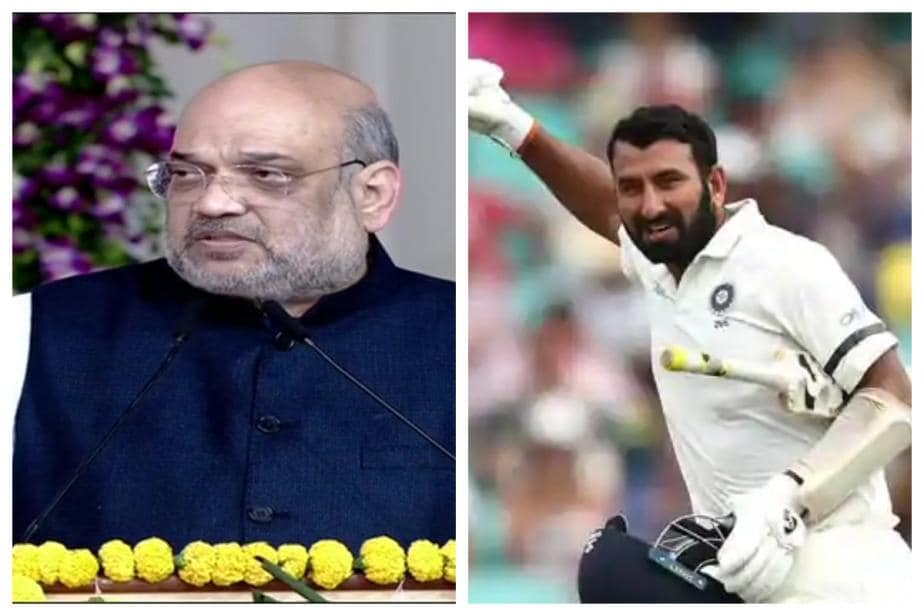 Home Minister Amit Shah has seen a lot of cricket at Ahmedabad and being one of the astute administrator he also tried his his luck at the Gujarat Cricket Association. He was the Vice President at Motera in 2009 and rose to become the president in 2014 when the top job was left vacant after the departure of then Gujarat CM Narendra Modi.

Now back on his return at the familiar turf, Shah has one wish: he wants Cheteshwar Pujara to score a double century.

"This stadium is very memorable for Javagal Srinath. He took six wickets against South Africa, on the same ground, Kapil Dev broke Richard's Hadlee tally of wickets. On this same ground, Sunil Gavaskar achieved the milestone of 10,000 runs. On this same ground, Sachin Tendulkar achieved the 18,000 ODI runs and he completed his 20 years in international cricket here. I wish Pujara scores double century here and he helps India to win against England," said Amit Shah during the inauguration ceremony of the Narendra Modi Stadium.

Meanwhile the Motera Cricket Stadium in Ahmedabad has been renamed the Narendra Modi Stadium ahead of the 3rd Test between India and England on Wednesday. Ram Nath Kovind, the President of India, inaugurated the new stadium, which is set to be the largest cricket stadium in the world with a capacity of 1,10,000.

Union Home Minister Amit Shah was also there for the occasion. The president is on a two-day visit to Gujarat, where he attended the third convocation of the Central University of Gujarat (CUG) at Gandhinagar as the chief guest on Tuesday. Facing the challenge of avoiding a defeat to keep their hopes of reaching the World Test Championship (WTC) final alive, India will step onto a Motera ground that has been reconstructed from scratch and hence is largely unknown to them.