The ban on saliva turned out to be a handicap for the bowlers since the sweat was not effective to shine the ball, India pace spearhead Jasprit bumrah said on Friday after England called the shots on the opening day of the seriesopener, here. 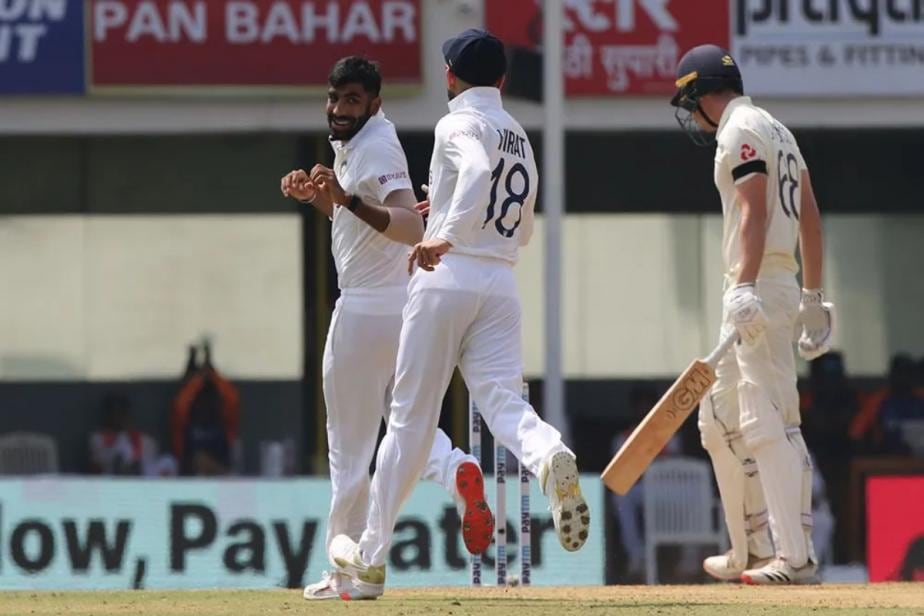 The ban on saliva turned out to be a handicap for the bowlers since the sweat was not effective to shine the ball, India pace spearhead Jasprit bumrah said on Friday after England called the shots on the opening day of the series-opener, here. Skipper Joe Root's unbeaten century in his 100th Test took England to 263 for three on a lifeless Chepauk track where the red SG Test lost its hardness after 40th over.

"The ball did become soft after a while and the wicket is on flatter side with the bounce being less. You are left with limited options (to shine ball). We are trying to figure out what we can do with the limited things in hand, at that time," Bumrah said at the virtual media conference.

India's most successful bowler on the day admitted that they found it difficult to maintain the ball as ICC has banned the use of saliva in the wake of COVID-19 outbreak. "It becomes difficult when the ball becomes soft and doesn't shine really well because of new COVID-19 rules, we can't use saliva, very difficult during that time to maintain the ball," Bumrah said. He also explained that sweat, which is lighter than saliva, is not at all a good option to prepare the ball for reverse swing. "In India, the ball gets scuffed up easily. So to make the ball heavy, you have to shine one side sometimes, with sweat and it doesn't really serve the purpose. You can't make one side heavy with sweat and it doesn't really work that way. "But these are the rules and we have to make do with what we have at the moment," said Bumrah. The Chepauk wicket is certainly not bowling friendly, Bumrah lamented.

"This is my first match over here. The wicket was on the flatter side, not lot of lateral movement was there. It was abrasive but we are not trying to complaint how the wicket is but trying to figure out what the solutions are. "We are trying to look at options that are there in our hand and create as many chances as we can," he said. Questions being raised about the Indian team management for not including an attacking option like Kuldeep Yadav on a flat deck but Bumrah feels that a lot of things can be said in hindsight.

"There could be a lot of ifs and buts but we back every individual in this team. In hindsight, you can say this or that after the game but there is still a job to be done, we are focussing on backing our players. Later on after the game we can discuss about it." Bumrah felt that during the final session for a brief period, the shoulders were drooping a bit which can always happen after a long partnership. "We were okay in the first two sessions but in the beginning of the last session, we were a bit here and there, because when you have a lot of incentives and you get a lot of wickets, body language is automatically up. "But yeah sometimes, in this heat, it's difficult to keep the body language up. I think we were okay and putting in a lot of effort," he said.

He praised Root and said that key to him playing well was "reading the trajectory well and staying low" while facing the spinners. Bumrah also didn't want to predict how the pitch will shape in the next few days unless both teams completed an innings each.

"It didn't spin a lot today. It's difficult to assess till both teams have bowled once then we can assess how the wicket could change up. Tomorrow, our main focus is to create more chances and more pressure and take it session by session."