Back to News18
Home » Cricket Home » News » India vs England: Joe Root Does Not Blame Pitch for Huge Defeat, Says It Was an 'Education'

India vs England: Joe Root Does Not Blame Pitch for Huge Defeat, Says It Was an 'Education'

It's a "bit of an education" for us, admitted England captain Joe Root after being "outplayed" by India in the second Test while imploring his players to quickly learn their lessons, including some from the hosts. 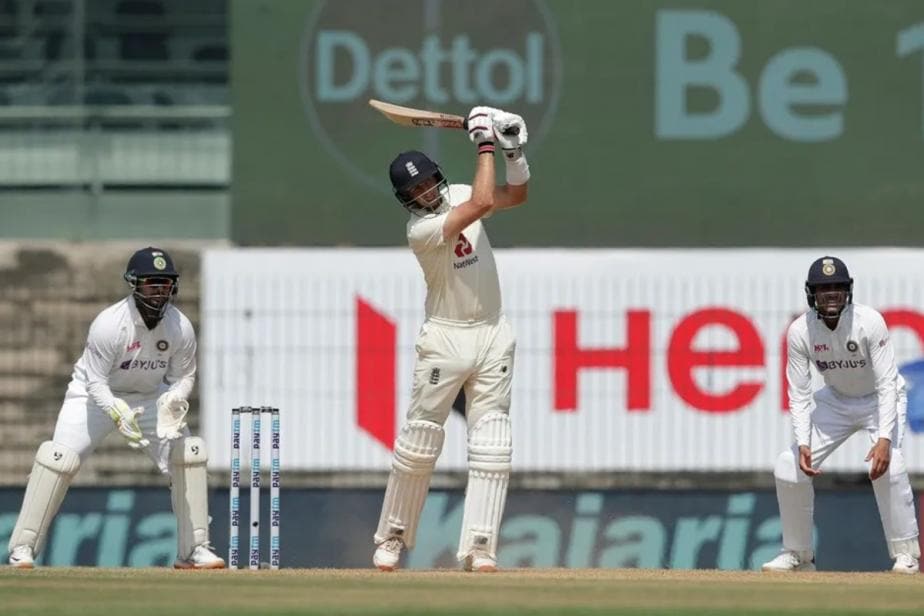 It's a "bit of an education" for us, admitted England captain Joe Root after being "outplayed" by India in the second Test while imploring his players to quickly learn their lessons, including some from the hosts.

Spinners Axar Patel and Ravichandran Ashwin shared the spoils to crush England by 317 runs and bring their team back in contention for the World Test Championship final with the series-levelling victory.

"It's a bit of an education. We've got to quickly learn from this because sometimes these are the conditions that you come up against," Root said at the post-match press conference.

He refused to believe it's the end of the road for England's prospects in the four-match series, taking inspiration from their performances in the recent past.

"As I said after the last game it's really important that we stay level. We don't get too far above our station when we win and we don't see it as doom and gloom when we have tough weeks like we have this time round.

"We've played some really good cricket over the recent past, in challenging conditions, very foreign conditions, and we've been, let's be honest, outplayed in all three departments this week."

"We look at how they've gone about things on a surface that has spun a huge amount -- probably bounced more than we anticipate as well but take that forward, take it as a learning and make sure that we're better for it next time."

The Chepauk pitch has attracted a lot of attention with spin legend Shane Warne, in defence of the 22-yard turning strip, exchanging words with criticising former England skipper Michael Vaughan.

"It was a challenging wicket. The toss was an important one to win, but it wouldn't guarantee a win either.

"India showed that you can score runs on it and found a way of managing the tricky surface. We have got to learn from that and take bits from India," the England Test captain added.

Despite the chastening defeat, Root said they were still in the series.

"We are still very much in the series. We played three brilliant games coming into the Test match. We are very much alive and kicking," he said.

Root said the bowlers needed to build consistently pressure on the opposition batsmen, adding the players have been good at learning quickly and would need to do that.

"As a bowling group, we have spoken about building pressure on a consistent basis. We could have done that better. That is one thing we can take forward for the rest of the tour.

"On the other hand, our batters need to learn how to rotate the strike better in challenging surfaces.

"We have been very good at learning quickly. It is important that we take that forward again. Not many times guys would have batted on a surface like this," he said.

About star all-rounder Ben Stokes, who did not make much of an impact in the second Test, Root said he was fine and that it was a tactical decision not to make him bowl.

"Stokes is fine and fit to play. It was a tactical decision not to bowl more than the two overs that he did. Because of the wicket, there was a minimal amount of seam bowling the whole game.

"So, Ben will be fine. Zak Crawley is improving all the time. He seems to be getting better and they are good signs," he added.

Root said Jonny Bairstow and Crawley, who was recovering from an injury, will be available for selection in the third Test, beginning in Ahmedabad on February 24.

The skipper said he had no regrets in leaving out off-spinner Dom Bess, who bowled well in the first Test, for the second match.

"No regrets in not playing Dom Bess. You can look at a number of things when you lose. Dom will benefit from the time he had off the field. He will come back a better player.

"It is an easy excuse to make as we have got a very talented squad at the moment," he said.