Back to News18
Home » Cricket Home » News » India vs England: There Are a Lot of Positives Because of Bio Bubbles, Says Ravi Shastri

India vs England: There Are a Lot of Positives Because of Bio Bubbles, Says Ravi Shastri

India head coach Ravi Shastri on Sunday credited life in a bio-bubble for the Indian Test team having multiple options for each position and also cocked a snook at the inconsistent World Test Championship points system that almost cost the team a place in the final. 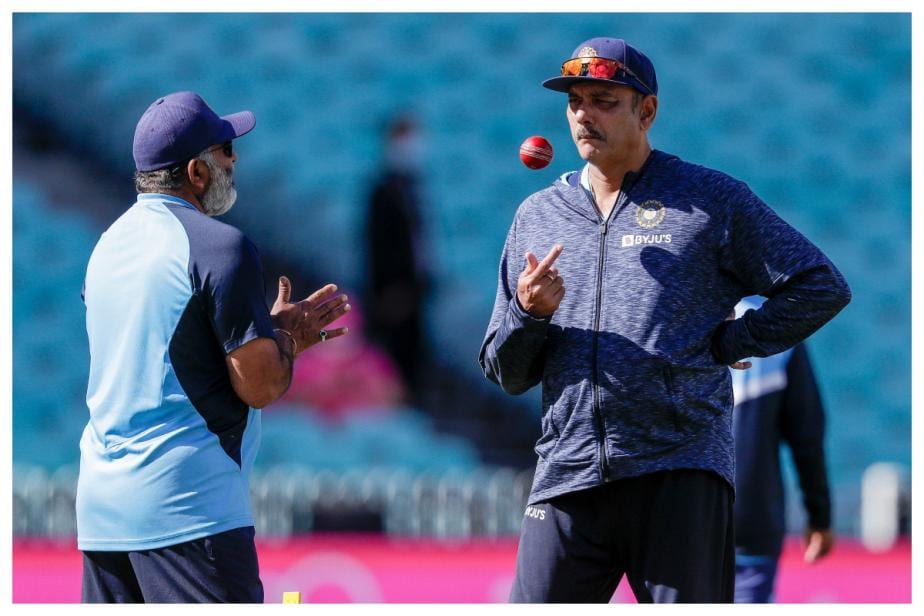 India head coach Ravi Shastri on Sunday credited life in a bio-bubble for the Indian Test team having multiple options for each position and also cocked a snook at the inconsistent World Test Championship points system that almost cost the team a place in the final.

Enjoy Your Drink, Yaar: Ravi Shastri is Not Offended Despite Meme Attacks

Going to Ask Dinesh Karthik to Make Washington Sundar Bat at No.4 for State – Ravi Shastri

“As luck would have it we were left with no choice but to play each 30, and you found out who is good and who is not. It is a good headache to have. You would have never imagined that so many players would play Test matches in the last six months. If you would have thought Natarajan would have played Test cricket, people would have said no, (Washington) Sundar couldn’t have played. These are the things you couldn’t have imagined,” said Shastri.

Reiterating the point made by spinner Ravichandran Ashwin, Shastri said that team bonding increased in the bio-bubble.

“What the bubble has done is made players meet each other more often. When you meet more often, somewhere down the line the conversations regarding the game are like what used to happen in our day. We would be sitting in the dressing room and talk. I think the best thing that has happened is talking to each other. They had no choice and were forced to do it. They got to understand each other, their backgrounds, mental state, where they come from, where they are in life. It allowed them to become more open to their colleagues and discuss personal issues more freely. Win more trust from team members. There are a lot of positives because of the bubble,” added Shastri.

Shastri said that this team has done something unprecedented considering the circumstances created by the Covid-19 pandemic and the strict quarantine rules. India have played eight Test matches against Australia and England in 70 days and won both the series.

“When you are in the bubble — you must understand where the Indian team is coming from. We have been in the bubble for last five months, played eight Tests. In my time, you’d play eight Tests in a year. In 70 days, they have played eight Tests in a bubble against Australia and England. The mental fatigue will be a lot. So you will drop catches. Australia dropped as many as us. But when we had to take those catches to win Tests, we took them,” said Shastri.

Shastri, whose two-year contract was renewed in 2019, looks set for another contract renewal later this year. He had first taken over as head coach in 2017 after the Champions Trophy. He said that the going was tough and hit out at the inconsistent points system of the World Test Championship.

“I am not even worried (if the current system is the best). If you ask me my worries about first cycle, I’d say please don’t shift the goalposts. I am sitting at home during Covid-19 in October. My team had more points than others — 360. Suddenly a week later, playing no cricket, some new rule comes through and we go from No. 1 to No. 3 in a week. That’s because of countries not wanting to travel to countries in red zone. All acceptable. I want to understand the logic on what is the way forward for me,” Shastri said.