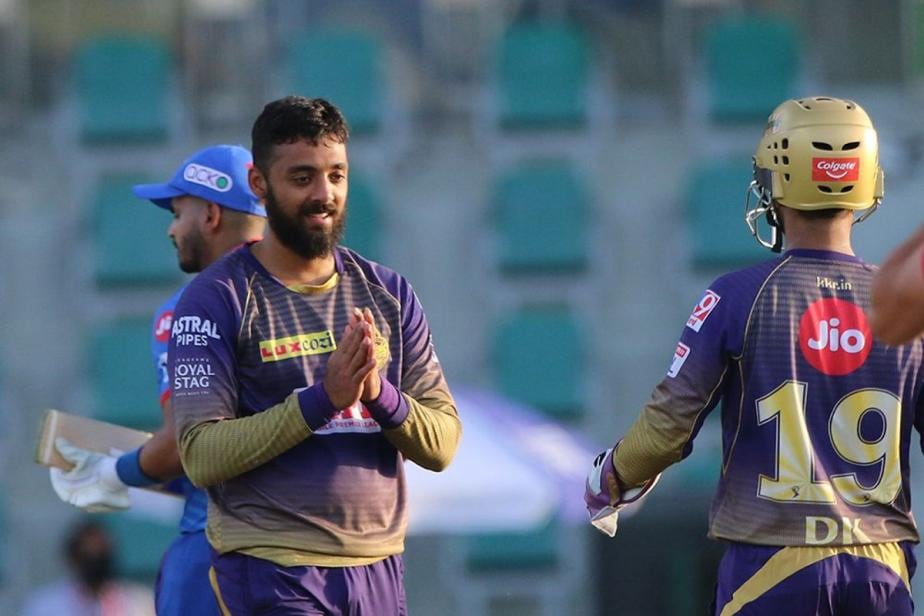 Varun Chakravarthy was earlier picked in the T20I squad for the tour of Australia as well, on the back of impressive performances in the IPL 2020 for Kolkata Knight Riders.

Mystery spinner Varun Chakravarthy’s participation in the upcoming home T20I series against England is in doubt as he has not done in the fitness tests, according to a report in Cricbuzz.

India vs England: ‘What Is a Good Cricket Surface?’ – R Ashwin’s Shuts Down Criticism of Motera Pitch

The new fitness benchmarks require players to either complete a 2 km run in 8.5 minutes or scoring 17.1 in the Yo-Yo test.

Varun was earlier picked in the T20I squad for the tour of Australia as well, on the back of impressive performances in the IPL 2020 for Kolkata Knight Riders. However, he was pulled out later due to an injury in the right shoulder which made it hard for him to throw.

Varun underwent a rehabilitation at the National Cricket Academy in Bangalore, after which he was named in the squad for the home series against England. He has reportedly told the website that he has not received any information from the BCCI yet.

Varun played 13 matches in IPL 2020 picking up 17 wickets at an economy of 6.84. His fitness has often been under the scanner as he is a rare cricketer who hasn’t come through the ranks; he was fast tracked across the systems due to his rare ability with the ball. He has played only 1 first-class and 9 List A matches for Tamil Nadu.

Varun had nearly quit cricket for years after school, and began a career in architecture. In his mid 20s, he returned to the cricket field as a mystery spinner after working hard on his bowling in the tennis ball cricket circuit. Soon, he shot upwards from playing fourth division in the Tamil Nadu Cricket Association League to becoming a star in the Tamil Nadu Premier League.

From there, he was picked by Kings XI Punjab in IPL 2019 but managed only one game due to injury issues. Since then, he shifted to KKR for IPL 2020 which proved to be a big break.

India and England will play five T20Is from March 12 to 20, with all games set to be played in Ahmedabad.